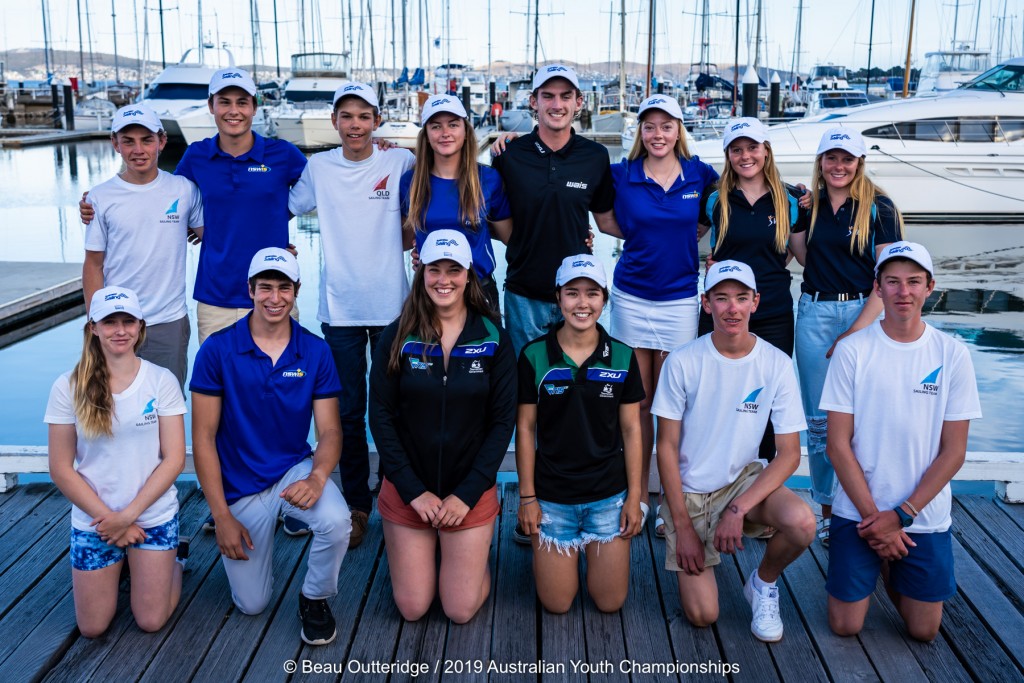 The athletes selected in the team will go on to represent Australia at the 2019 Youth Sailing World Championships to be held in Gdynia, Poland in July this year.

“It is an awesome feeling. We’ve been training for this all year,” Cropley said on their selection.

“It’s been a fun year, we had a great time doing it and we are excited for what’s to come,” Paul confirmed.

Tasmanian 29er talents Alice Buchanan and Dervla Duggan from the Sandy Bay Sailing Club defended their National Youth title and will be going to the Worlds again, looking to use their experience to better their ninth place in Corpus Christi last year.

Hamish Swain (QLD) and Amelia Quinlan (NSW) have been selected to compete for the country in the RS:X Boys and Girls divisions respectively.

Hamish is new to windsurfing, having transitioned from the Optimist class just a year ago, and adds the National Youth title to the Lightweight Windsurfer Class National title he took out at Lake Macquarie recently.

“I pushed really hard for the past twelve months to make sure I got the spot and haven’t looked back,” Swain commented. “I am really excited to be going overseas, and looking forward to having a great time and finding more competition.”

“We are extremely excited,” Littlechild commented on the announcement of the team. “It has been the dream for both of us for a couple of years, always seeing the other guys going and now it’s our turn.”

“We want to do really well at the Youth Worlds,” Ferguson added on their representative selection. “We have been training really hard over the past few months with the Youth Sailing Team coach Craig Ferris and also Dan Smith. We’ve learnt so much and we are really happy we could put it to use here and make the Youth Worlds team.”

Victorian twins Lily and Matilda Richardson will are another team who defended their 2018 title and are ready to take on the world in Poland.

Western Australia’s Zac Littlewood will head to Poland as one of the favourites in the Laser Radial class, as he looks to add the Youth World title to the open title he won in Kiel, Germany last year. “Last year I got a Bronze medal, so I really want to go back and take out Gold and I am really proud to represent my country in doing so,” Littlewood commented.

Nacra 15 team of Will Cooley and Bec Hancock from NSW had a phenomenal summer having won Sail Sydney, Sail Melbourne, the Nacra 15 Class National titles and the Youth National Championships. The team are now ready to test themselves against the top international competitors.

Cooley is excited about his newly formed team's hard-earned success. “A lot of hard work went into it (the Youth National title). We had competitors keeping us on our toes, Bec is new to the boat and she has done a fantastic job.”

An announcement on the Team Leader and coaches for the team is expected in the near future.

Find out more about the 2019 Youth Sailing World Championships here.