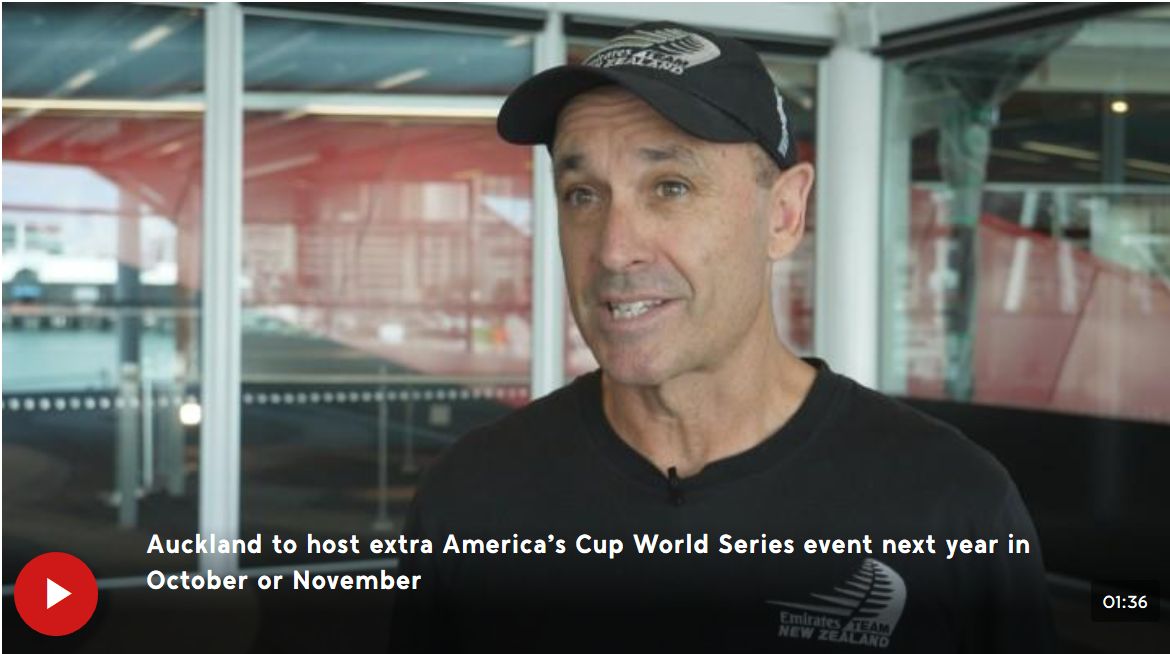 Team New Zealand has confirmed to 1 NEWS today that AC75 sailing will come to Auckland earlier than expected with a round of the World Series to be held later next year.

The first race in Auckland was meant to be the Christmas regatta next December, but now teams will compete two months earlier which means facilities will need to be ready sooner than expected.

Team NZ chief operating officer Kevin Shoebridge says it's a positive thing for everyone as teams will now spend more time in Auckland.

Meanwhile the first event of the World Series has been delayed. The event was meant to be held in Sardinia in October this year but it has now been postponed until April 2020.

Shoebridge says it'll give the Kiwis more time to prepare on the water in the new AC75s which are expected to be launched in the middle of this year.

He says it would have placed an incredible amount of pressure on the late entrants, “it's a tough call for them to design, build, sea trial and to be safely able to sail one of these boats so soon.”

It'll also allow Team NZ to spend a large amount of uninterrupted time at home preparing this summer and there's a feeling some other syndicates may come Down Under sooner as well.