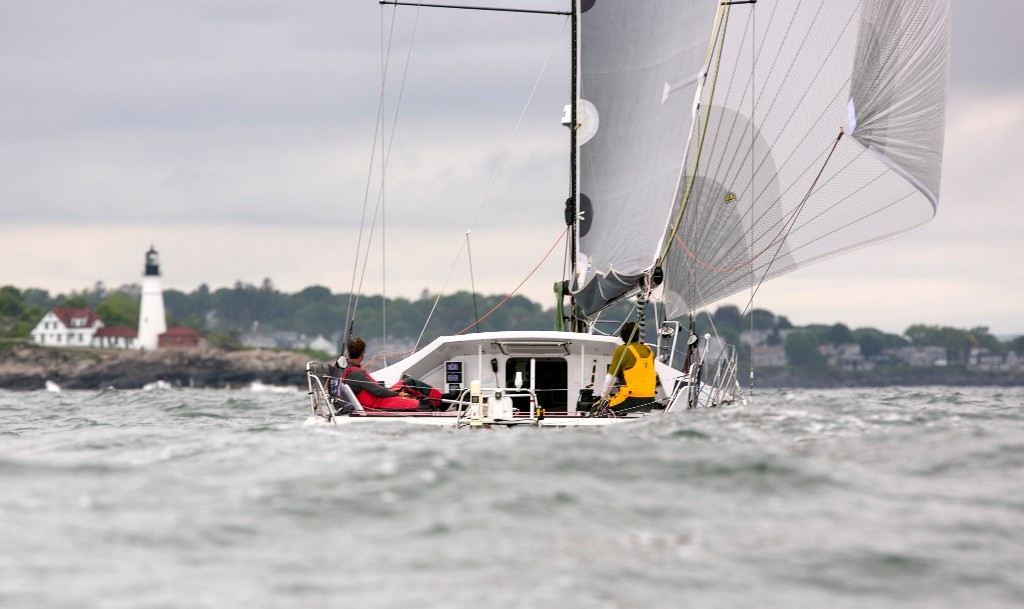 Portland, ME (June 4, 2018) –  All teams have now finished what many teams called a brutal Leg 2: NYC-Portland in the 2018 Atlantic Cup. Joining the French/Italian team, Eärendil, on the podium are Boston based Toothface 2 and Mystic, CT based Dragon Ocean Racing.  Finishing in fourth place was the Angolan/Brazilian team, Angola Cables followed shortly behind by Portland, Maine based Amhas. Both Toothface 2 and Amhas are tied on overall points with 34 heading into the Inshore Series.

Upon arrival into Portland, the teams all recounted the challenging conditions in the mostly upwind leg.

Second Place Finisher Toothface 2's Mike Dreese: “It was wild out there, you can see why some of the boats with mechanical issues retired, we had some mechanical issues, but nothing life threatening. But, it was really rough…I think we only legit wiped out 2 or 3 times. We saw peak winds of 39-40, so the apparent winds were hitting 45. The last time I was in winds like that was in the transatlantic and you would never want to be in winds 5 -8 mph more than that because it's so brutal.”

Third Place Finisher, Dragon's Mike Hennessy: It was definitely a violent race…We had a great run or beat. We were seeing 25-30 with occasionally gusts up to 34 which was challenging but doable. We rounded Point Alpha in first. Catherine [Eärendil] was right behind us and she took off like a rabbit, got up on a reach and stretched out on us, but it was a good race.

Fourth Place Finisher, Angola Cables':  “It’s very, very good to be in Portland because the outside (race course) was not very simple! We saw 39 knots of wind speed. It’s not simple, but it was very good and we were very well placed, we begin in first and had a very good race to the mark (point alpha). After the mark we were very, very tired and did not make our best decision. For me I was not prepared for this weather, so it’s very very, very cold! We come from warm waters and it’s very rare we sail in waters like this!”

The third and final leg, an inshore series in Casco Bay will be sailed Saturday and Sunday June 9th and 10th. A total of five races will be held over the two day series, where teams will bring on additional crew for the short buoy racing courses.  While the offshore legs are worth double points, the max points for a win in an inshore leg is 11. However, with 2nd through 6th place separated by 12 points, there is plenty of room on the scoreboard to make a move. 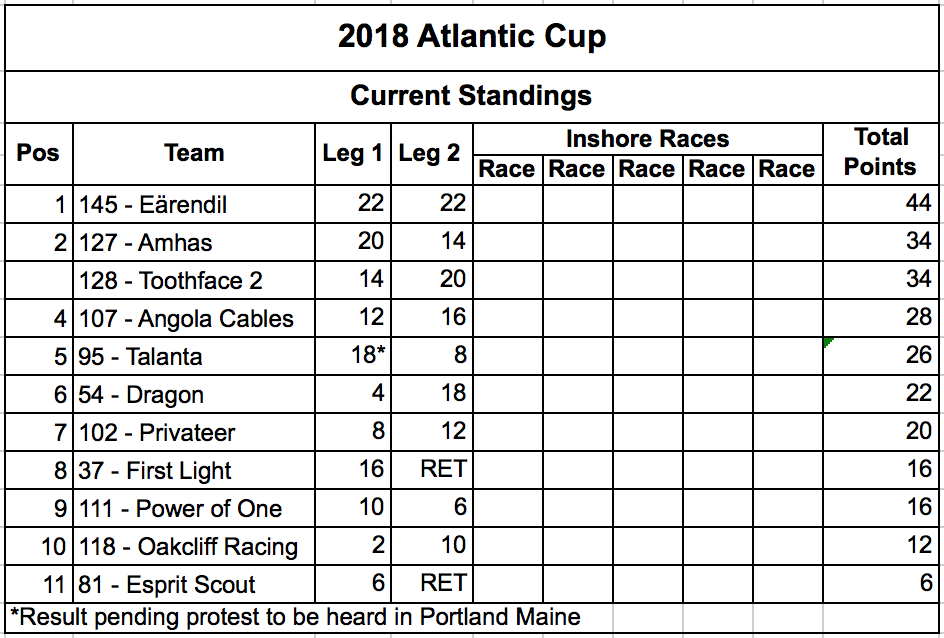