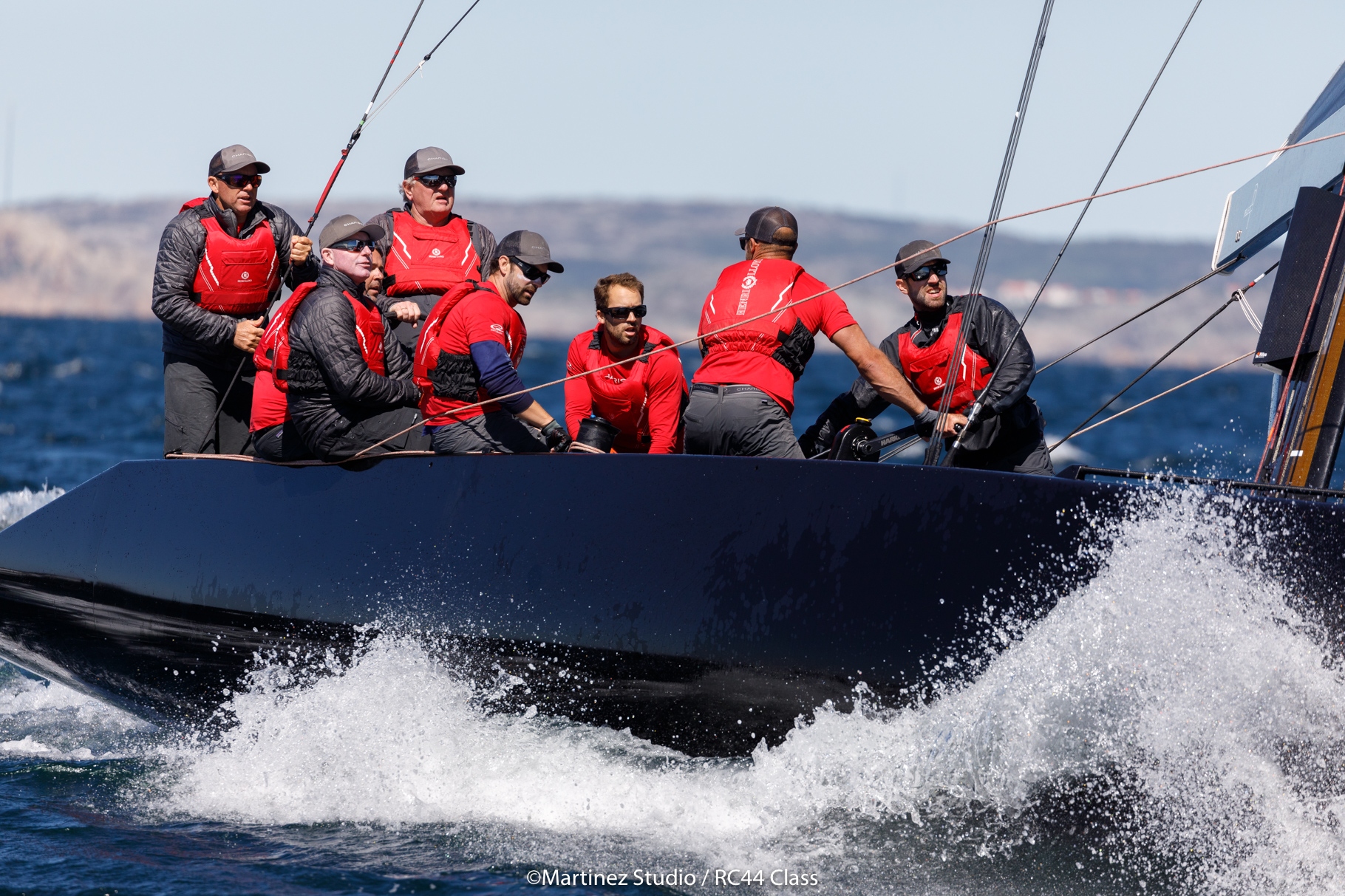 In sparkling conditions on Marstrand Fjord, the high-performance Russell Coutts-inspired all-carbon monohulls flew upwind and down over three competitive races in a fresh north-easterly breeze.

Artemis Racing scored a win in the first heat of the day and followed that up with a second place and a fourth in the final heat – race six of the scheduled 12-race series which continues until Sunday.

While Igor Lah’s CEEREF continues to lead the regatta with Artemis second overall – up four places after day one – and Bronenosec Sailing Team third, the ranking is now very tight with the top-four boats covered by just two points.

Tornqvist, who has been racing in this exceptionally competitive class for 10 years, says some new crew members this year has given the team ‘fresh eyes’ on the racecourse and his team has been looking at all aspects of its game, to good effect.

“We have worked through what we can do better and it looks like we have found a bit of extra speed definitely upwind, for sure, which was where we were struggling, particularly in the breeze,” Tornqvist said.

“I think it has to do with how we set up the boat – the combination of the main and the jib and finding the right mode. It’s one of those things – it feels easy when it goes well.”

“I’m very happy,” he added. “The crew has done a really good job and it makes the life of a helmsman a great deal easier when the boat feels so well-balanced when the wind is up and the sea is up.”

Also on form today was Nico Poons and his crew on Charisma (6,2,1) who are sixth overall. Poons reckons a small change in the way they trimmed this very tweaky boat upwind, produced more speed and this, in turn, gave his tactician, Ray Davies, a bit more scope.

“You need more speed to give the tactician room to decide what to do and that’s what happened,” he said, grabbing a coffee in the RC44 hospitality tent after a hard day on the racecourse.

Davies said the secret of their success was sailing clean races and starting at the Committee Boat end of the line. “We kept away from other boats and we started really well in the last two races at the favoured Committee Boat end,” he said. “We were then able to sail our mode which is the key – so we were in the top group.”

Davies believes the team on Charisma go well when it is breezy and today’s conditions – when the north-easterly topped out at around 17 knots – were ideal for them. “We are a little more consistent when it is windier,” he said. “That’s the trend. I’m not sure why but we seem to go well in the breeze.”

The third best performer today was Vladimir Prosikhin’s crew on Team Nika (3,6,2), who now lie fourth overall, despite what Prosikhin said were a lot of “mistakes and problems” in Race 5, the second of the day. “We didn’t go that well on starboard tack from the very beginning, so we lost a lot of positions,” he said.

Prosikhin loves every minute of his sun-blessed stay in Marstrand on Sweden’s west coast. “It’s like sailing paradise at the moment,” he said as he stepped ashore in Marstrand harbour. “It’s everything that you could want – there is nothing to wish for – it is perfect in every way.”

There were some spectacular moments on the racecourse today, not least at the first windward mark rounding of the first race of the day. This featured a stampede round the mark with boats turning five abreast as the crews went for their kites and accelerated away. It was certainly no time for the faint-hearted on the wheel. As Davies put it: “it was incredibly close racing at that top mark first time round…”