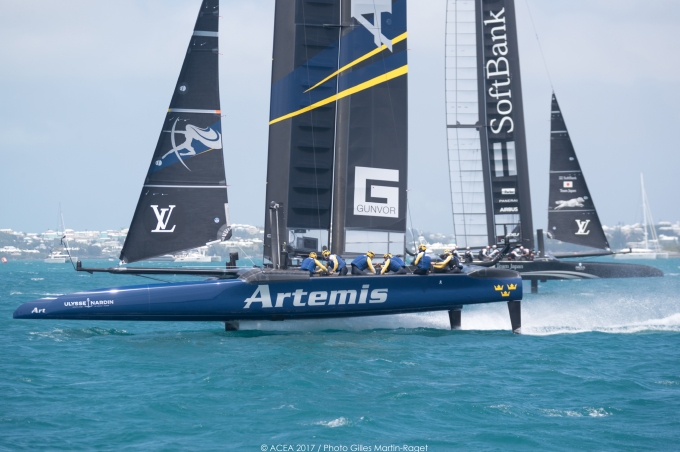 Artemis Racing, the Swedish-based syndicate helmed at the last Cup by Australian Olympic champion Nathan Outteridge, appears to be luke-warm on the prospect of monohulls for the 36th Match to be held in Auckland in 2021. They have released the following statement:

The most important consideration for our team is the need for a cutting-edge boat design, one that results in speeds that are as fast or faster than in the last America’s Cup held in Bermuda. The boat and race format must be seen as bringing the sport of sailing forward and inspiring young and future generations. Other aspects of importance include the cost, which should be justifiable to ensure the right number of participants, and the overall rules should guarantee fairness for all to compete effectively.

Our team will now take its time to carefully review the Protocol, and we look forward to receiving more information on the Class Rule in November.

Since the release of the first information about the next Cup, which included the development of 75ft monohulls and a nationality clause that requires non-nationals to reside in the country of challenge for a minimum of 380 days in the two years leading up the event, positive statements of intent have been made by a number of potential challengers.

The Challenger of Record is the Luna Rossa syndicate from Italy and they will certainly be on the start-line, as they have a very close – some would say too close – association with the holders, Emirates Team New Zealand. Others to have responded positively are Ben Ainslie Racing and former Cup holders the New York Yacht Club and the Alinghi syndicate of Swiss billionaire Ernesto Bertarelli.

As yet there is no formal challenge from Australia, but Oracle Team USA tactician and strategist Tom Slingsby has announced that he is committing 100% of his time for the next 12 months to get a challenge underway.