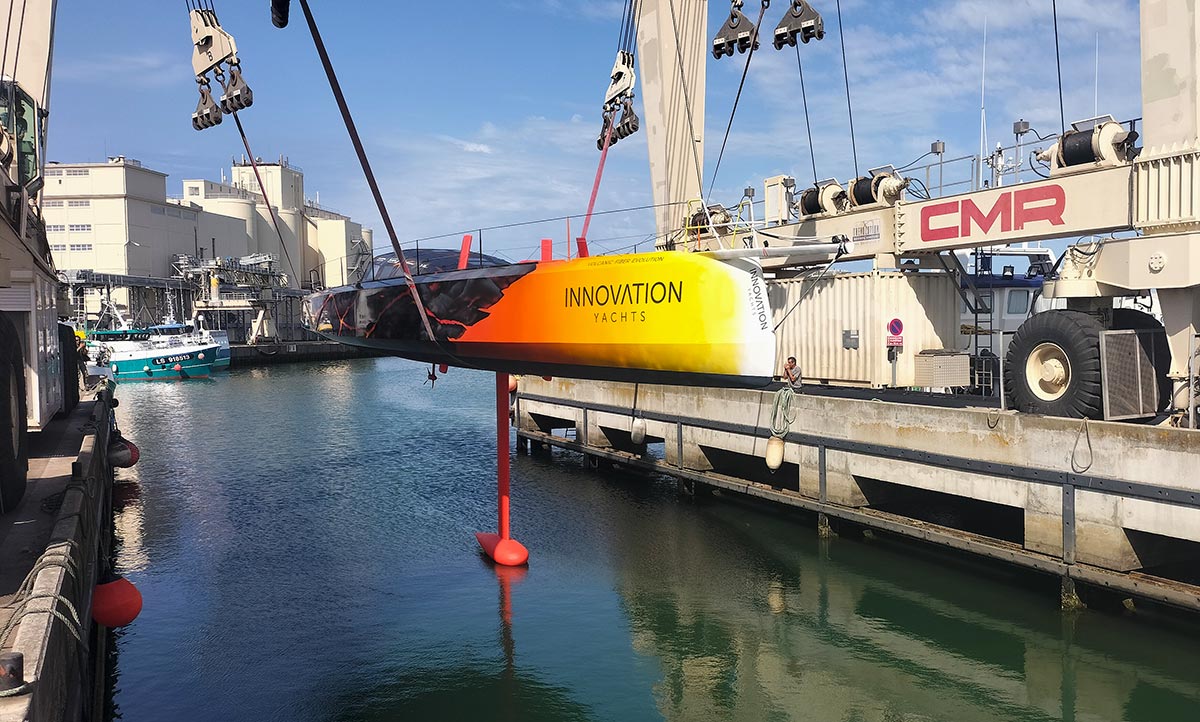 59 Days to the Departure

The countdown has started; Innovation Yachts Open60AAL is now in the water and is ready to sail around the world without assistance through all five oceans, including the Arctic and the Southern Ocean!

After a lot of optimizations and modifications, Innovation Yachts Open60AAL has officially launched on 14th June 2022. This 60 ft long boat was built using volcanic fiber, balsa wood, and harmless epoxy. These materials are fully recyclable and environmentally friendly. Getting closer to the departure date, the Innovation Yachts team is doing final preparations such as sail mounting, mast tuning, and more to this fully electric yacht.

In 60 days from now, skipper Norbert Sedlacek Koch will embark on Innovation Yachts Open60AAL for the extreme world sailing record attempt single handed, nonstop, and without assistance. Norbert will sail from Les Sables d’Olonne, France course northwest until west of the British islands, then straight up north, arriving the archipelago of Svalbard. He will then go higher in the Arctic, rounding Svalbard from east to west on around 80°N, the course will lead south passing west of Iceland, Acores and Cap Verde Islands to get finally into the Southern Ocean. The challenge will continue straight east, passing the Longitude of Cape of Good Hope, Cape Leeuwin, Tasmania, Stewart Island, all the way round Antarctica, and finally passing Cape Horn then sailing course north back to Les Sables d’Olonne.

“The Ant Artic Lab project was initiated to testing future pointing, sustainable and fully recyclable yacht building concept which is respecting our environment, the ultimate proof of quality, safety and functionality, and of course setting a new sailing world record. It will be a momentum for all of us to see the performance and durability of this volcanic fibre boat where I believe it can resist the toughest conditions, like collisions with drifting Ice.”, said Norbert Sedlacek Koch, Skipper, Founder and Managing Director of Innovation Yachts.