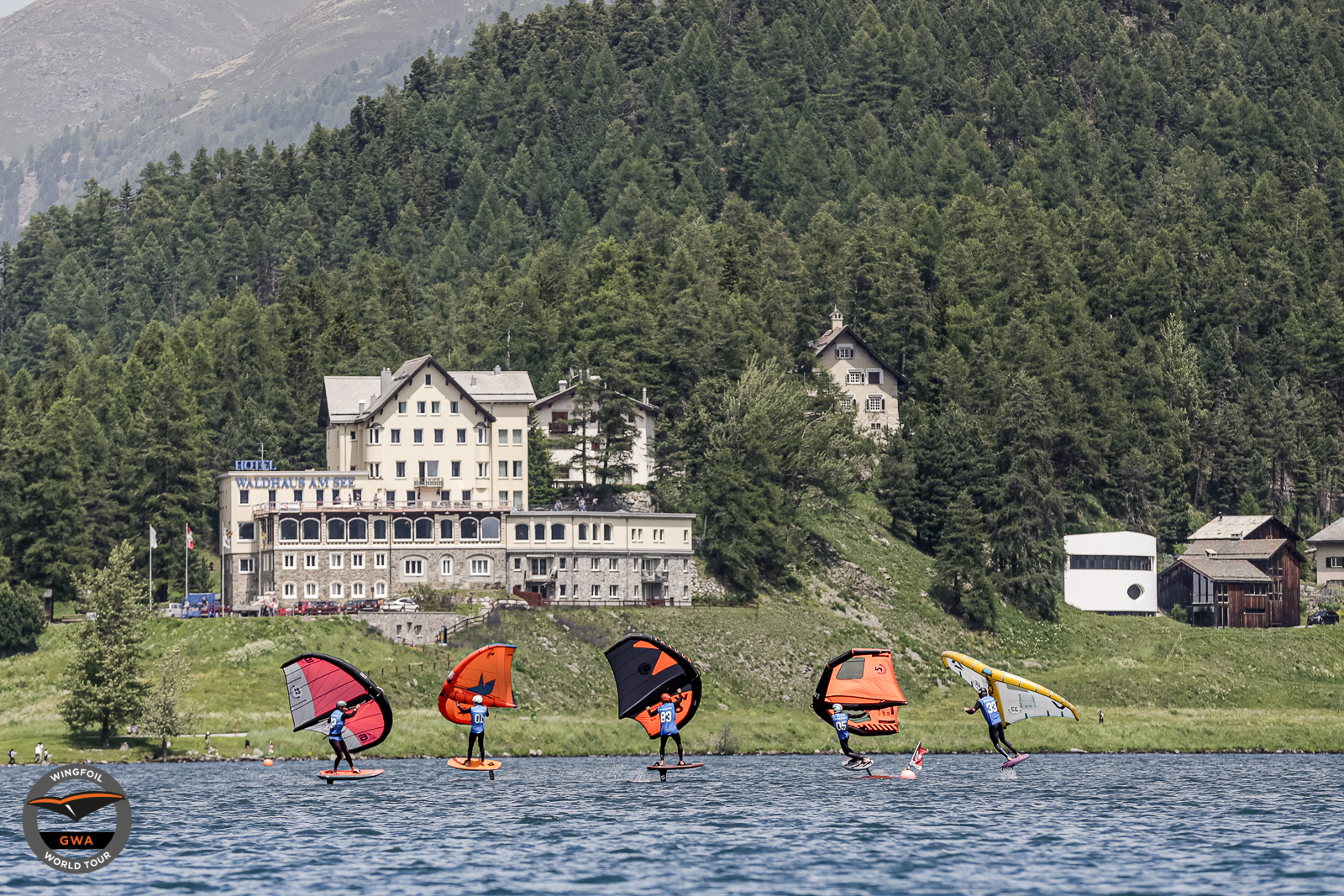 Wednesday’s focus was on the Surf-Slalom heats. Crew and athletes headed down to St Moritz where the skippers’ meeting took place at 10.30am. Although the early hours of the morning presented a cloudy atmosphere and the forecast was showing heavy rain, the beauty of the Swiss alps provided conditions to run the first heat which commenced at 13.45.

MEN’S SURF-SLALOM
Heats got underway and with 40 men in the draw, the first four elimination rounds would see the top five go through to the Semi-Finals with the top five from each Semi-Final making it to the finale.

Camille Bouyer continued the impressive form that earned him runner-up in Leucate and he didn’t put a foot wrong during elimination one here in Switzerland.We managed to run-up to the Men’s elimination two progressing all the way to the final before the wind disappeared. Francesco Cappuzzo was looking solid in all heats keeping his hair dry and not putting a foot wrong.

As it stands Camille Bouyer (FRA) is in the lead closely followed by Francesco Cappuzzo (ITA) and Alessandro Tomasi (ITA) in third.

WOMEN’S SURF-SLALOM
After Tuesday’s battle in Surf-Freestyle on Wednesday the women were eager to get racing down in St Moritz. Elimination one was a tough stint for the athletes with the wind not wanting to play ball. It had been up and down all day and challenged the fleet to bring out their best skills. Wings were pumping, legs were burning and we saw swimming skills to cross the line.

Adapting to the scenario and taking the win was Nia Suardiaz (ESP) in first, Orane Ceris (FRA) in second, and Kylie Belloeuvre (FRA).

Elimination two and three proved further battles for all. Elimination two saw five out of the nine ladies not finishing the race. Flora Artzner (FRA) took her first race win of the day with Maaike Huvermann (NLD) and Orane Ceris (FRA) following closely behind.