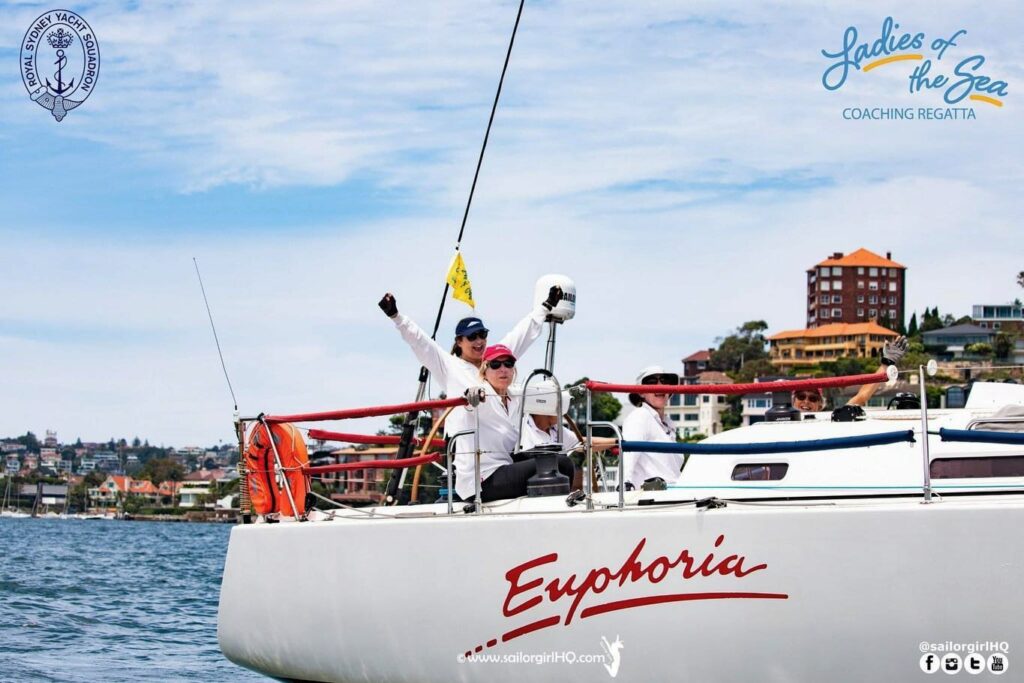 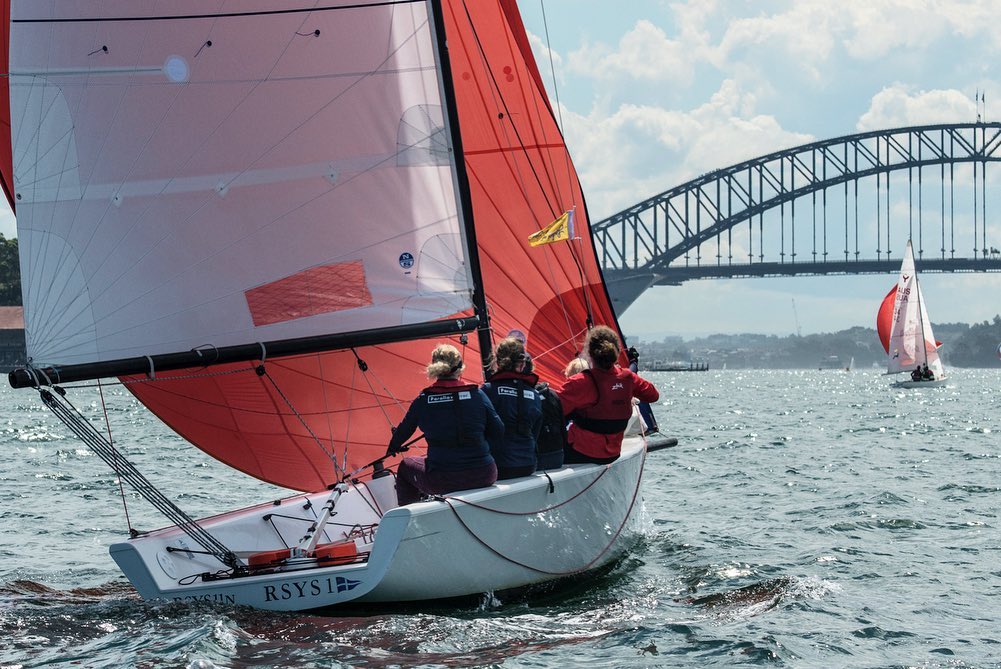 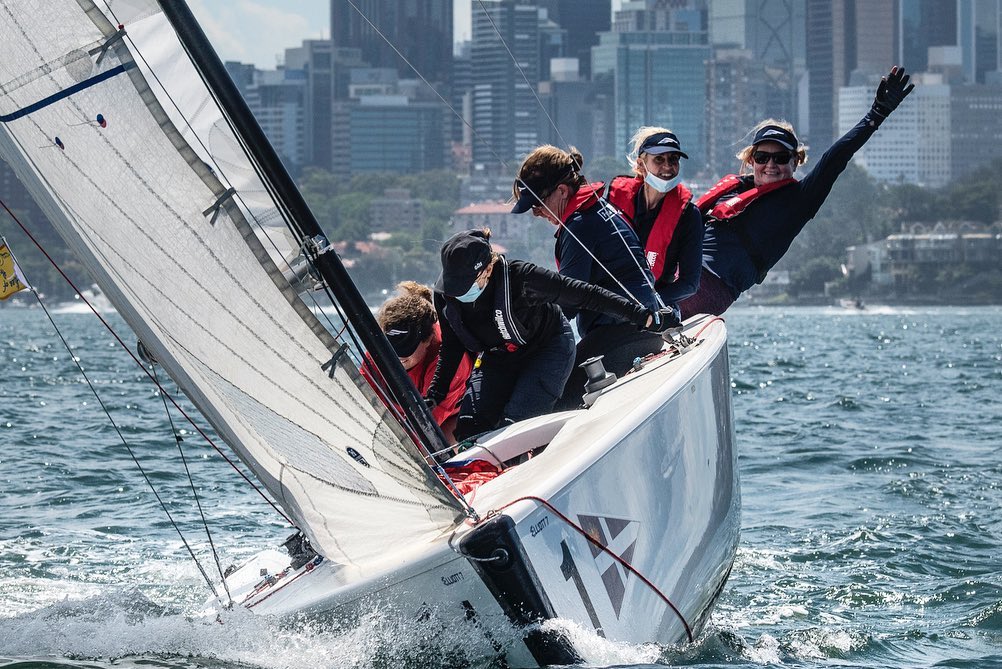 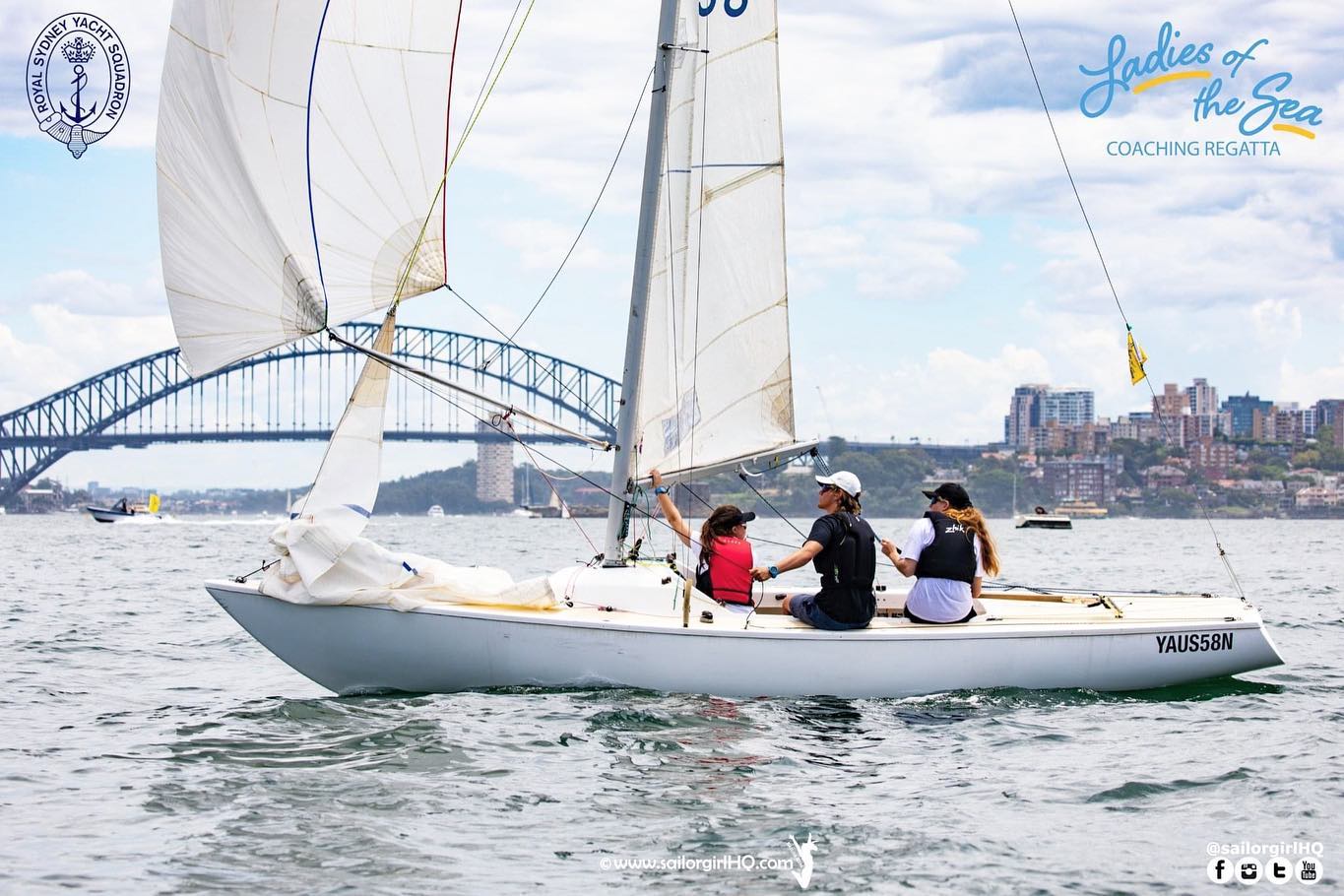 The crew aboard Holly. Pic - Nic Douglas, Adventures of a Sailor Girl 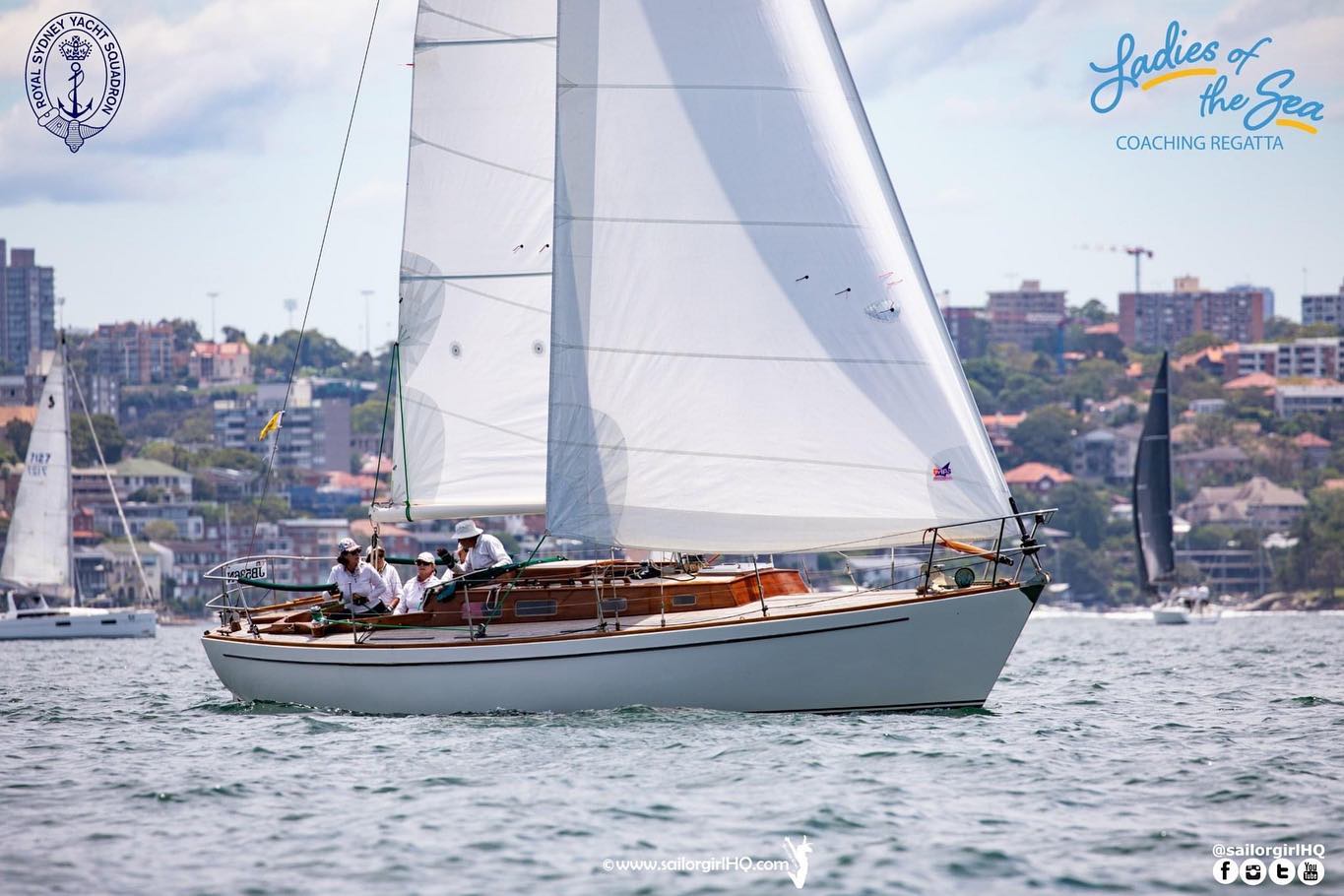 Sailors making the most of the light to moderate winds. Pic - Nic Douglas, Adventures of a Sailor Girl 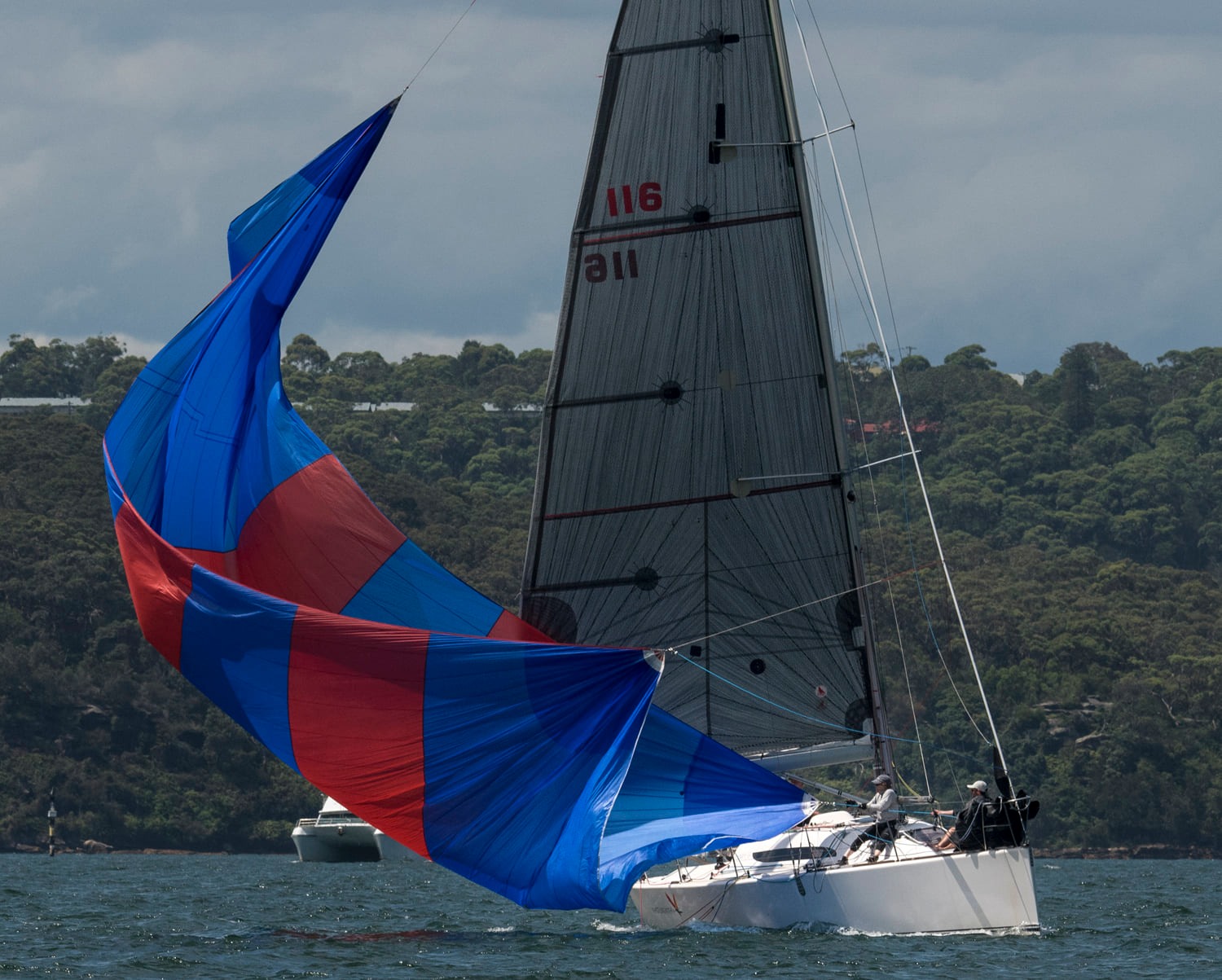 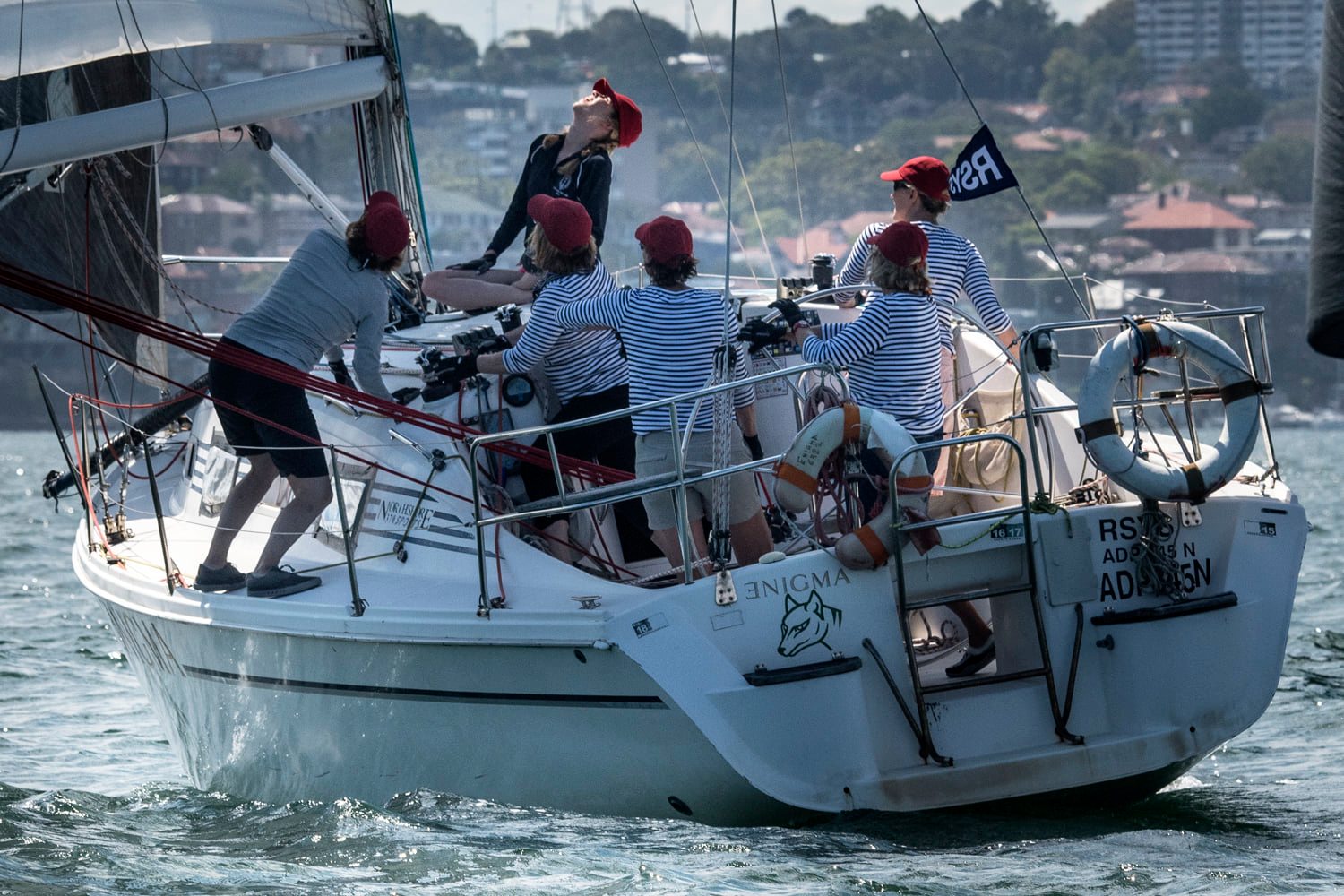 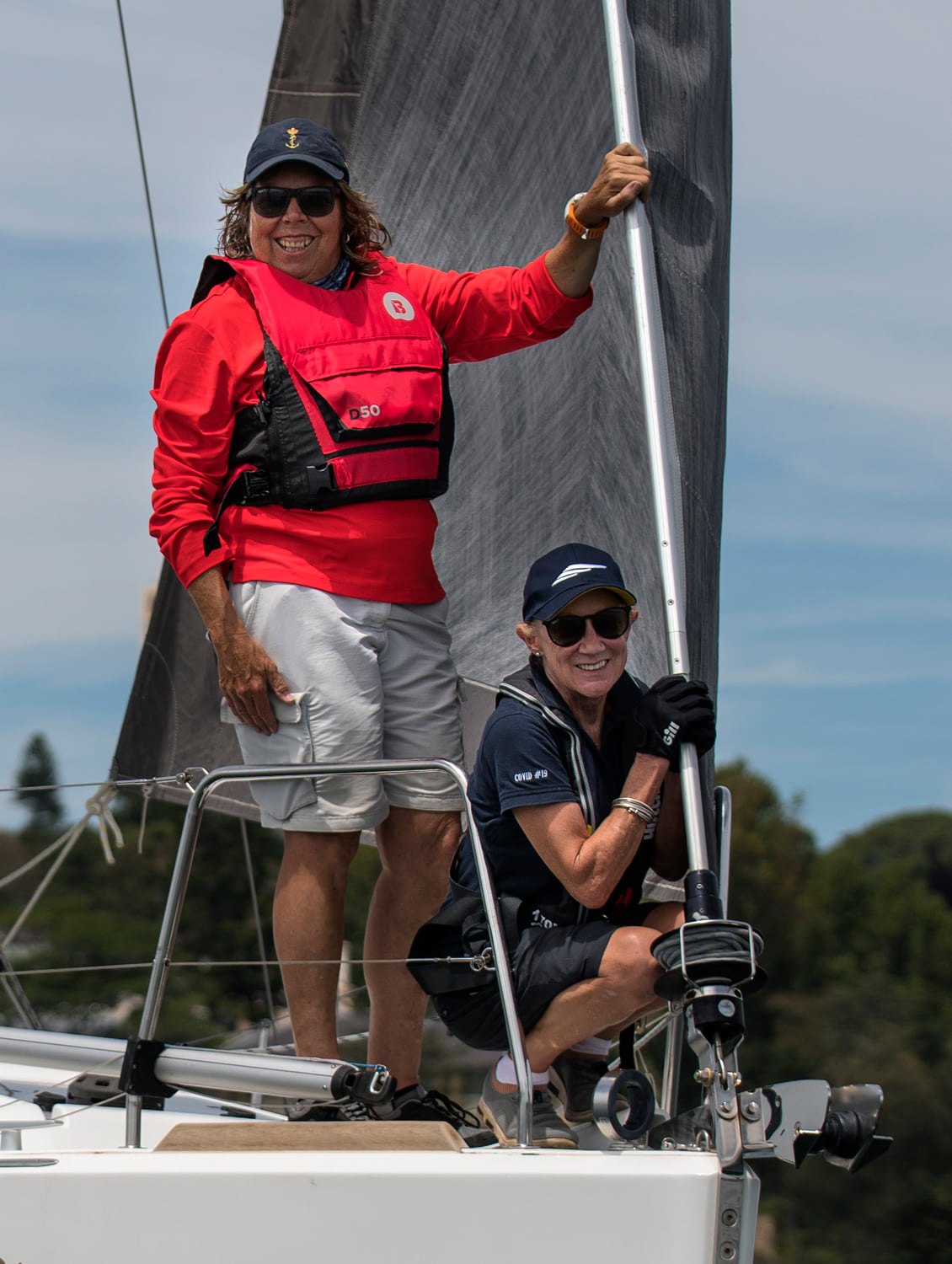 All smiles at the Ladies of the Sea Coaching Regatta. Pic - Margaret Fraser-Martin

Female sailors ruled the harbour at the Royal Sydney Yacht Squadron’s (RSYS) Ladies of the Sea Coaching Regatta, held over the weekend of January 8-9.

More than 80 sailors across 15 boats, from nine NSW-based sailing clubs, participated in the event that was launched at RSYS in October 2019.

The regatta is an opportunity for women to work on their sailing skills in a supportive and fun environment.

The sailors, comprised of all-female crews and mixed crews (with a female helm), showed up on the Saturday morning – keen to enhance their knowledge.

They were split into two groups – a mixed keelboat fleet and one-design fleet (made up of Elliott 7s and Ynglings).

The sailors were assisted by experienced coaches, including Olympians Karyn Gojnich and Lisa Darmanin and Sydney Hobart veteran Lindy Hardcastle. Each coaching session had an emphasis on race starts.

Afterwards, the sailors were able to put their new skills to the test, competing in three short-course races.

During the Saturday afternoon races held between Clark and Shark Islands, the light north easterly breeze allowed the sailors to relax into their crew work. And the final three races off Athol Bay on the Sunday afternoon, where gusts reached up to 12 knots from the south, gave them the chance to refine their starts and overall sailing skills.

In the one design class aboard the Elliott 7s and Ynglings, Lauren Wall’s Yngling Black Adder won on PHS in the All Female Crew Division. Jenna Searle‘s Yngling Holly won the Female Helm Division on PHS.

When asked what she enjoyed about the Ladies of the Sea Coaching Regatta, Elliott 7 skipper Kim Ketelbey said: “There was something for everyone. It didn’t matter what your sailing experience was, your role or what boat you were on, I believe that every participant came away with having learnt something.”

The weekend ended with a presentation night to celebrate the sailors and officials who helped make the event a success.

The regatta didn’t run in 2020 and 2021 so it was a huge achievement to pull it together this year.

Ever hopeful, the organisers have already found a space in the calendar for the next Ladies of the Sea Coaching Regatta, slated for October.

For the full results, see: https://app.sailsys.com.au/club/2/results/series/1500/races