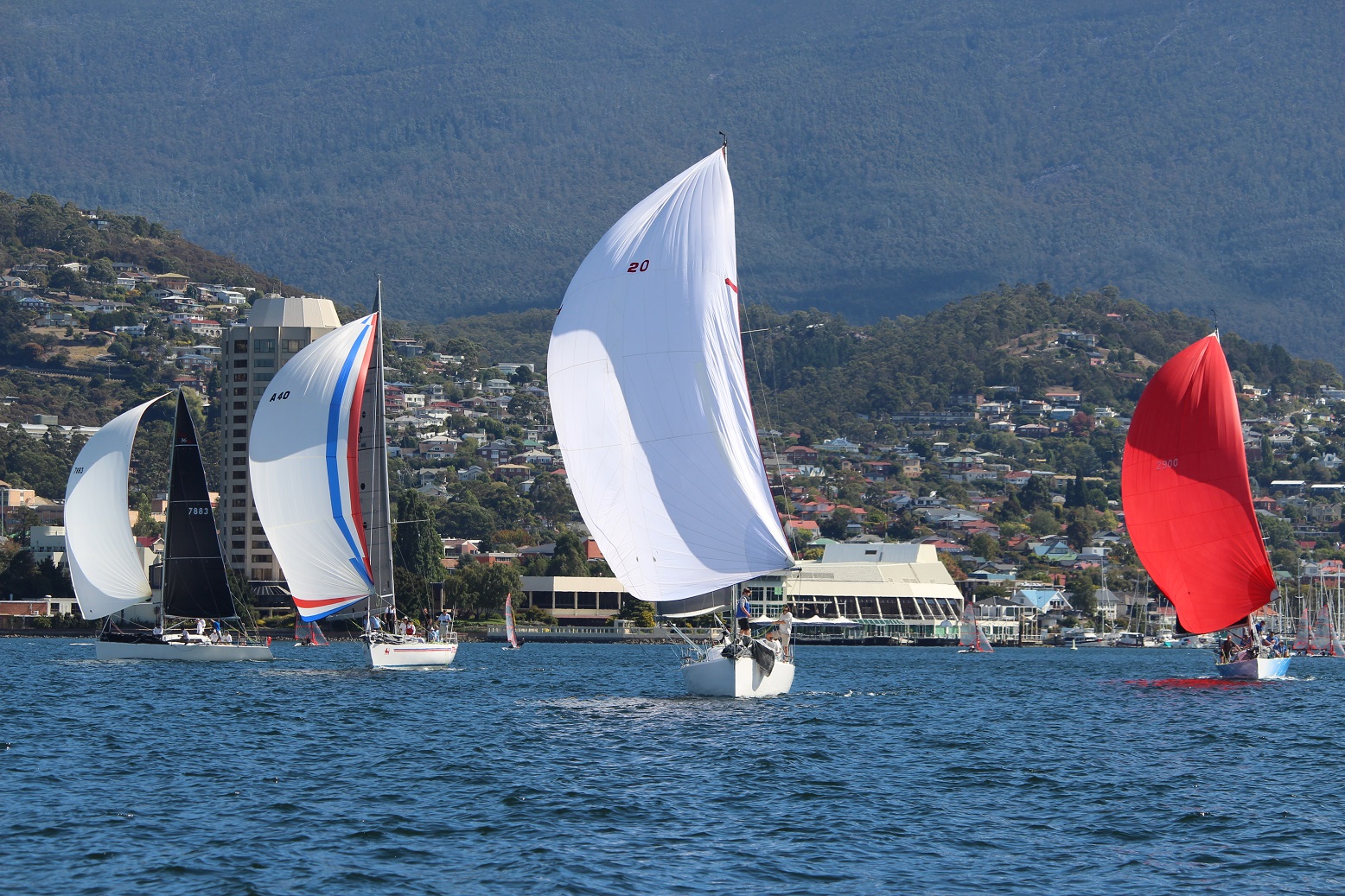 Hobart’s senior racing yachtsman Don Calvert has added yet another two summer pennants to his remarkable career with his 33-year-old Castro 40, Intrigue.

Calvert, now in his early 80s, and his long-time crew sailed Intrigue almost perfectly in the perfect sailing conditions on the River Derwent yesterday for the final race of the Combined Clubs summer pennant series, winning both the AMS and IRC rating categories of Group 1.

Under AMS scoring the other pennant winners are: Wings Three (Peter Haros) in Group 2 and Young Lion (Steve Chau) in Group 3, thus giving two summer pennants to both Intrigue and Young Lion.

Sailing conditions were perfect to wind up the summer pennant, 12-18 knots, with some stronger gusts up to 29 knots on a warm (29 degrees) and sunny autumn afternoon.

Bellerive Yacht Club wound up the nine-race series setting the fleet tough windward legs plus fast spinnaker reaching and running legs, with some spectacular downwind dashes in the gusts.

“The start off BYC 2 was in a 12-18 knot NNW breeze with a challenging beat to the top mark off Rosny Point,” BYC sailing manager Peter Watson said, in reviewing the final race.

“However there were holes appearing in the breeze as the sea-breeze attempted to make its presence felt . As the Group 1 boats turned at the mark off Sandy Bay the wind had dropped to a gentle 5 knots.

“However ‘Mother Nature’ was not going to ruin the day and on the next up wind leg the gradient Northerly breeze again freshened and stayed in for the rest of the race, with some exhilarating rides down wind,” added Watson, who again provided the great photos of yesterday’s racing.

Don Calvert and Intrigue a timber-hulled One Tonner which represented Australia at the Admiral’s Cup in 1985, won the AMS category race yesterday by just 11 seconds from Shaun Tiedemann’s Philosopher to finish the series on a net 16 point.

Intrigue won IRC pennant with a net 25 points from Tas Paints on 27 points with the veteran yacht Doctor Who (Rod Jackman) taking third place on a countback from B&G Advantage.