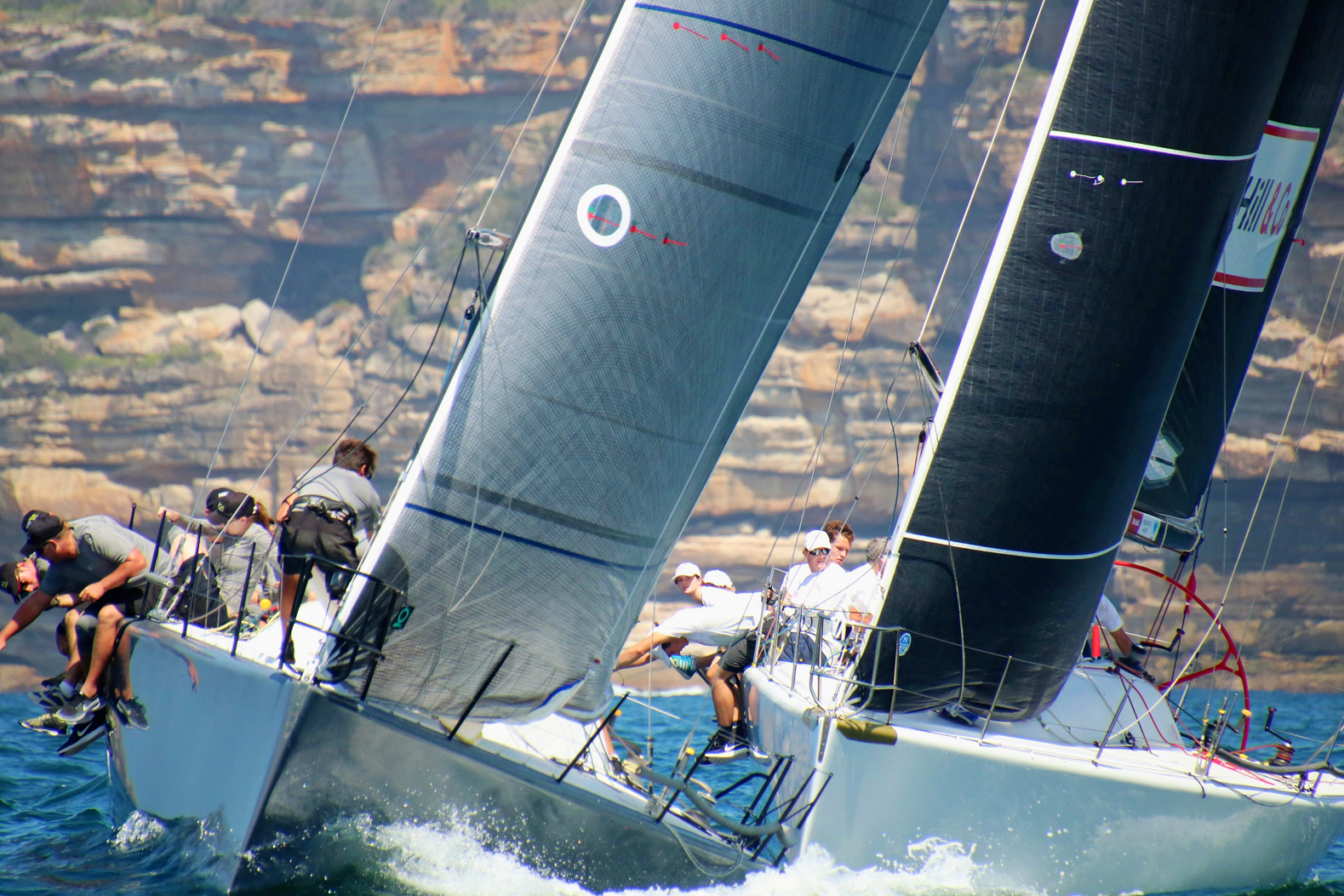 “We cleared out from the fleet today with faultless crew work and two more bullets,” the proud skipper said following the Farr 40 National Championship: John Calvert-Jones Trophy presentation hosted by the Royal Sydney Yacht Squadron on Monday March 19, 2018. “It means a lot to have the other crews say we deserved to win,” Hill added.

Tactician for Hill, Tom Slingsby, is nearing the end of a hectic Australian summer program and the Sydney nationals threw up plenty of late season grenades. “We assume the weather is still summer-like, but it’s starting to change. We had super light and super windy moments, abandoned races and relocations, and it was extremely shifty all three days. The crew work on our boat was amazing; we didn’t have one mistake, even in 25 knots.”

Second on a countback went to Australian class president Gordon Ketelbey’s Zen. The Middle Harbour Yacht Club/RSYS team opened their campaign with two wins and a handy head start, then hung on to post a second in race six and possibly benefit from a shortened series.

Tom Quick’s Outlaw and Jeff Carter’s Edake were willing a third and final race on the closing day, their very last opportunity to pull enough points off Zen to finish with the silver medal. The weather remained on Zen’s side.

RSYS race officer Rob Ridley took the series right up to the 1500hrs deadline for starting race nine, delaying the 1100hrs scheduled start while the breeze clocked 180 degrees from west to east, then moving the fleet around the harbour between The Sound, Obelisk and Sow & Pigs reef in search of the prevailing light winds. By the time the mid-afternoon nor’easter started to settle, the clock had expired.

“We took a lot of points out of Gordon today but in the end we ran out of time,” Quick said of the countback deficit and Outlaw’s third overall. “It was great racing with great people and a superb effort by David (Chapman, Outlaw’s tactician) and the team.

“We rarely saw 10 knots today, more like 6-8 knots and a bit of tide running out so it was a bit bouncy. Sunday was also challenging with ferries, ships, skiffs and other boats drifting around; every type of vessel was out there! That’s two regattas and two countbacks,” Quick added, referring to the NSW State Title scoresheet when Outlaw narrowly finished second to HillPDA Racing.

On Saturday May 5 the class will celebrate its 20 year anniversary when present and past Farr 40 sailors gather at the RSYS. “We are looking forward to reuniting the current teams and getting together with former owners, tacticians and key crew members to celebrate such a momentous occasion,” the class president said.

The Australian Farr 40 class is considered the strongest combined fleet in the world and Sydney has previously hosted three world championships.