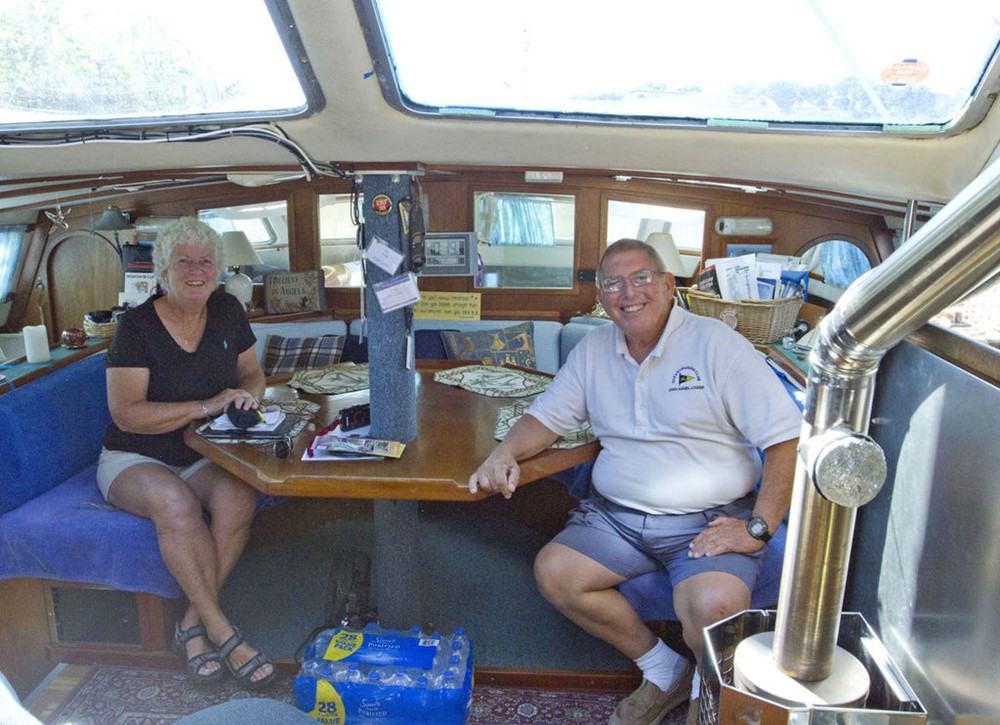 The American Great Loop is a system of waterways that encompasses the eastern portion of the United States and part of Canada. It is made up of both natural and man-made waterways, including the Atlantic and Gulf Intracoastal Waterways, the Great Lakes, the Rideau Canal, the Mississippi River and the Tennessee-Tombigbee Waterway. The entire loop is approximately 6,000 miles long.

On the European circuit, they voyaged from the North Sea to the Black Sea, via the Rhine, Main, and Danube, the Sea of Marmara, through the Bosphorus, on to the Aegean Sea as well as the Mediterranean and North Atlantic (London to London in 494 days, 6,200 miles).

They completed two transatlantic passages between the two circuits. Ed noted, “When you hit your 70s, there's not a whole lot that's grander than exploring on your own vessel. So many in the OCC inspired and informed our exploratory cruising.”

Ed and Sue have now visited 49 countries on 5 continents in the last 11½ years. Angel Louise is a Catalac 41, a 30-year-old classic English-built catamaran. Celebrations are underway aboard Angel Louise this week!