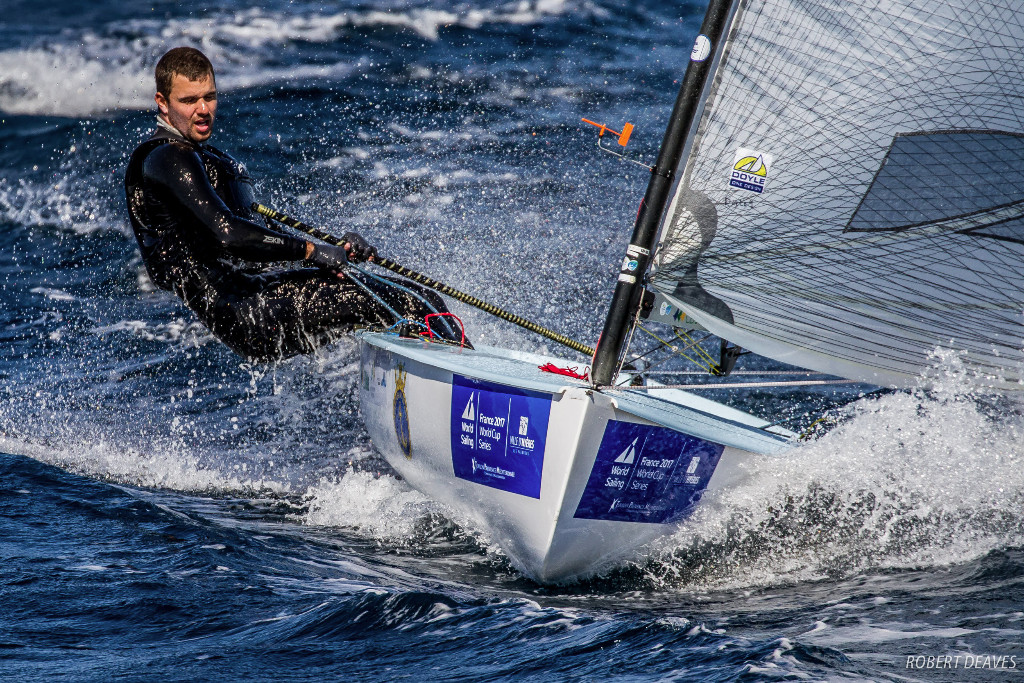 Perhaps we should start with a separate, but very relevant fact: Finn sailors are not fat sailors. This may have been true in the past, and may well be true of some ‘older’ Finn sailors, but once you get to the top end of the fleet, it is far from the case, with top-level sailors exhibiting physical fitness indicators comparable with professional rowers, runners and cyclists.

The free pumping in the boat, and the training for that, has transformed the physiques of the sailors into perfect power athletes. You would be hard pressed to find a group of fitter and stronger athletes in any sport.

Surveys 2009 and 2015
The 2009 survey was the most extensive analysis the Finn Class carried out with data collected from 74 sailors, including 20 youths and most of the top 50 world-ranked sailors. The weights ranged from 83 to 104 kg, a spread of 21 kg.

The 2015 survey focussed on a smaller target group with data collected from 25 top sailors in the top 50 of world rankings.

The spread of weights was very similar, but this time the sailors were asked for their weight range, as clearly they rise and fall depending on events and training. The weight range was smaller at 18 kg, while the average weight since the 2009 survey had increased by 2 kg.

What is most apparent from these charts is that the weight of Finn sailors is increasingly focussed on the 96-100 kg range. This is an indication of the increased athleticism of modern sailors, and the power, fitness and strength required to drive the boat hard.

It is a natural selection to reduce excess body fat and weight to be able to keep up with the athletic and acrobatic demands of the boat and the increased athleticism across the fleet. Everyone in the fleet had had to raise his game in the past 10 years.

U23 trends
Perhaps the greatest indicators for weight trend comes from the U23 fleet. As would be expected that average weights are lower than for the senior or the combined fleets, but one of the more striking trends is that the average age of young sailors joining the fleet is falling as the average weight increases, a clear indication of increasing body weights around the world.

The surveys indicated that the average age of the fleet when they reached 90 kg was 18 years, though many are reaching that weight a lot younger.

Averages ages and weights will vary year to year – as some sailors get too old and new ones join – and it also depends on where the event is and the time of year, but the ranges are comparable with the senior fleet, with sailors from the low 80 kilograms up to 100 plus kg. When a 16-year-old sailor is already 100 kg, and a fit 100 kg, there is no other route to Olympic sailing than the Finn, and at least getting into the Finn is a largely affordable option.

Many young sailors with Olympic dreams have no option but to get into the Finn when their weight has exceeds 85 kg at such an early age. Of the 35 U23 sailors surveyed at the 2016 Worlds, 66 per cent had reached 90 kg before their 18th birthday, thus extremely limiting their choice of Olympic equipment. Tall, fit athletes are reaching 90 kg as young as 14 years old.

Other classes
It might also be interesting to compare the weight distribution of Finn sailors with other male classes at the Olympic Games.

The average weight range of a Finn sailor at the past two Olympic Games was 96 kg but with an even distribution across a full range of body weights, not just skewed by a few very heavy sailors. And that is for a fit, lean, athlete who wants to use his athletic ability to the maximum to compete against other similar athletes at the Olympics. They strive to be faster, higher, stronger in a true Olympic sense, using their training, their skills, their strength, and their power in the same way as elite rowers and cyclists.

Looking at the weight distribution data from the other classes, there is a huge gulf between the Finn sailors and the current other four male classes, which all cater for a similar sized athlete, albeit requiring very different skill sets. There is just a 2 per cent overlap at the top of the quite narrow Laser weight range with the bottom of the Finn weight range.

Other sports
Finn sailing is most often compared to rowing, not because of ‘rowing ‘ the boat with free pumping, but because the athletic demands on the body are very similar and leads to similar athletes.

A quick look at the weight distribution of male rowers at the 2012 Olympics shows a very similar pattern to sailing. There are clearly two divisions: light and heavy, except the tables are turned with more heavy weight rowers than light weight rowers.

Basketball is another sport with a large number of competitors at the upper weight ranges, with 70 per cent of players over 90 kg, and 46 per cent over 100 kg.

Summary
An independent study was also carried out at the 2015 European Championship over the course of a week using the same tools.

That study reported, “By comparing basic morphological characteristics of U23 Finn sailors and their peers who compete in rowing at international level, aged 23.65±2.82 years, whose body mass is 89.6±6.27 kg (Marinovic, 2011), we can conclude that U23 Finn sailors are morphologically more similar to elite rowers than sailors in the Laser Standard class.”

Leading sports science researcher Professor Jan Bourgois, Professor of Exercise Physiology at Ghent University, also wrote in 2015 “Your surveys in 2009 and 2015 on height, weight and age are really important.”

“The general population is becoming taller and heavier. If you look at the boat classes selected for the Olympics in Rio, then you can see that people weighing more than 83-85 kg have practically no chance to compete at the Olympics, which means you exclude a lot of sailors.”