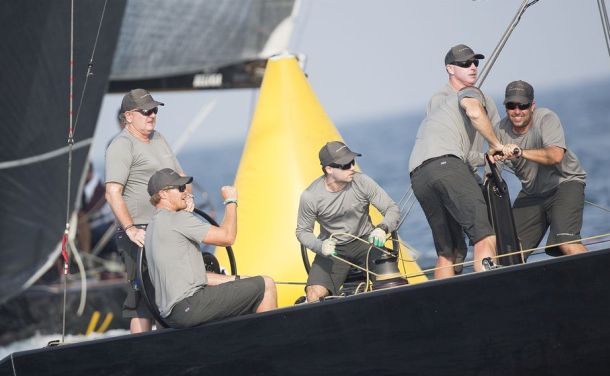 Although there was no America's Cup racing in 2014, Tom Slingsby had a busy year. He popped up on an RC44, a TP52, at the Farr 40 Worlds, at Hamilton Island Race Week, in the Extreme Sailing Series, the World Match Race Tour and on the ill-fated Perpetual Loyal attempt at the Rolex Sydney-Hobart. But he says there won't be much of that in 2015.

Slingsby is Oracle Team USA's Sailing Team Manager, a role which requires him to liaise with the sailors, the design team and management. “I'm part of the management team and I represent the sailors' views there, so the main goal is to make sure everyone's happy,” he says. “But the designers also want sailor input and I'm the conduit (from the sailors) there too.”

It will be a busy year for the Oracle sailors who start a training camp in San Francisco in two weeks before moving to their AC base in Bermuda in April.

In Bermuda they will sail foiling Phantoms and Moths as well as the heavily modified AC45 which Oracle will use as a training and design tool until they can launch their Cup boat, the AC62. Under the AC protocol the race boat can't be launched until five months before the Challenger Series begins in 2017

The crew will also spend a lot of time on another foiling AC45, the boat they will race in the America's Cup World Series.

“The World Series counts towards points for the Cup this time, so our goal is to win it,” Slingsby says. While they need to give the whole squad lots of sailing time, we can expect to see only the top echelon in the World Series events because with points at stake there is no a place for experimentation.

Slinsgby said they discussed racing two Oracle AC45s in the World Series but the costs and complexities of the foiling boats made them settle for one. Had there been two, Jimmy Spithill would have helmed one and it's reasonable to assume Slingsby would have helmed the other after his superb debut in the Extreme Sailing Series in Sydney in December, when he won the final two days of the event. With just one boat, it will be interesting to see whether Spithill does the entire series, with Slingsby as tactician, or whether Tom gets his hands on the tiller for some of the races.

Slingsby is currently enjoying two weeks of “doing nothing” at his home overlooking Terrigal Beach on the NSW Central Coast. “I put a lot into the Moth Worlds and I'm enjoying having some time off,” he said. He needs to make the most of it as 2015 will keep him busy on and off the water.