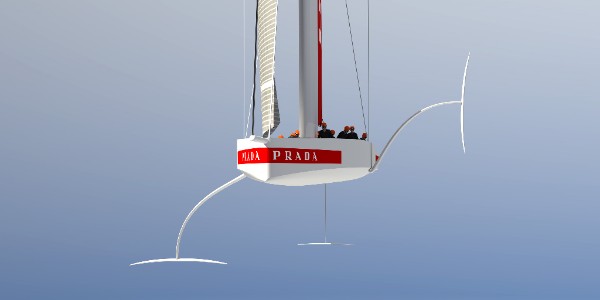 The America's Cup has received a setback with the opening round of the world series schedule for Italy in October now postponed until early next year, Duncan Johnston reports on New Zealand website Stuff.co.nz.

Matteo Plazzi, technical director for Luna Rossa, confirmed the delay at the Italian sailor of the year awards.

The regatta, to feature the new foiling 75-foot monohulls, is to be sailed at Cagliari in Sardinia where Luna Rossa, the Challenger of Record, are based. Plazzi said the regatta would now be sailed there in Europe's spring of 2020.

The reasons for the delay are two-fold.

As reported earlier, design issues with foil arms have set back the production of this crucial one-design element of the complicated boat by about three months.

They are to be supplied to all teams and the surprise late entries from Malta, the Netherlands and a second American syndicate have increased pressure on the production line and added to the delays initiated by the design fault.

DutchSail have intimated they will only have their boat in the water early next year and the other two new syndicates Malta Altus and Stars & Stripes USA are burying into their design and build.