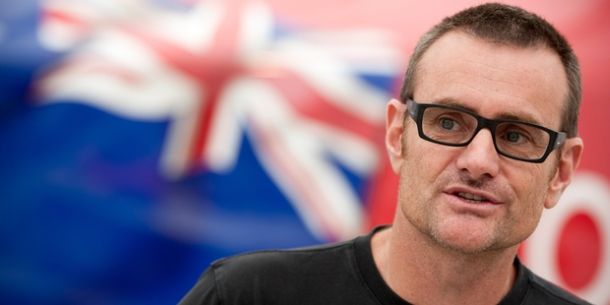 Nick Holroyd will head out the door with a wealth of intellectual property from nearly two decades with the syndicate. Photo Greg Bowker/NZ Herald.

The Herald revealed today Holroyd has walked out on Team NZ after 18 years with the syndicate, along with sailors Winston Macfarlane and Derek Saward.

Holroyd would not be drawn on why he had quit the team effectively mid-way through the design project for the new AC48 catamarans, which will be sailed at the 2017 event in Bermuda.

“I'm limiting my comments to avoid collateral damage to a lot of close friends still there,” he said.

But Holroyd, who lead the team's design operations during the last Cup cycle, confirmed Team NZ had not imposed a restraint of trade on him, leaving him free to link up with other Cup teams. That will be a worrying proposition for Team NZ, with Holroyd a key figure in helping the Kiwis keep pace in the design race during the last campaign, making the quantum leap from monohulls to high-performance foiling multihulls.
Continue reading the full article here.