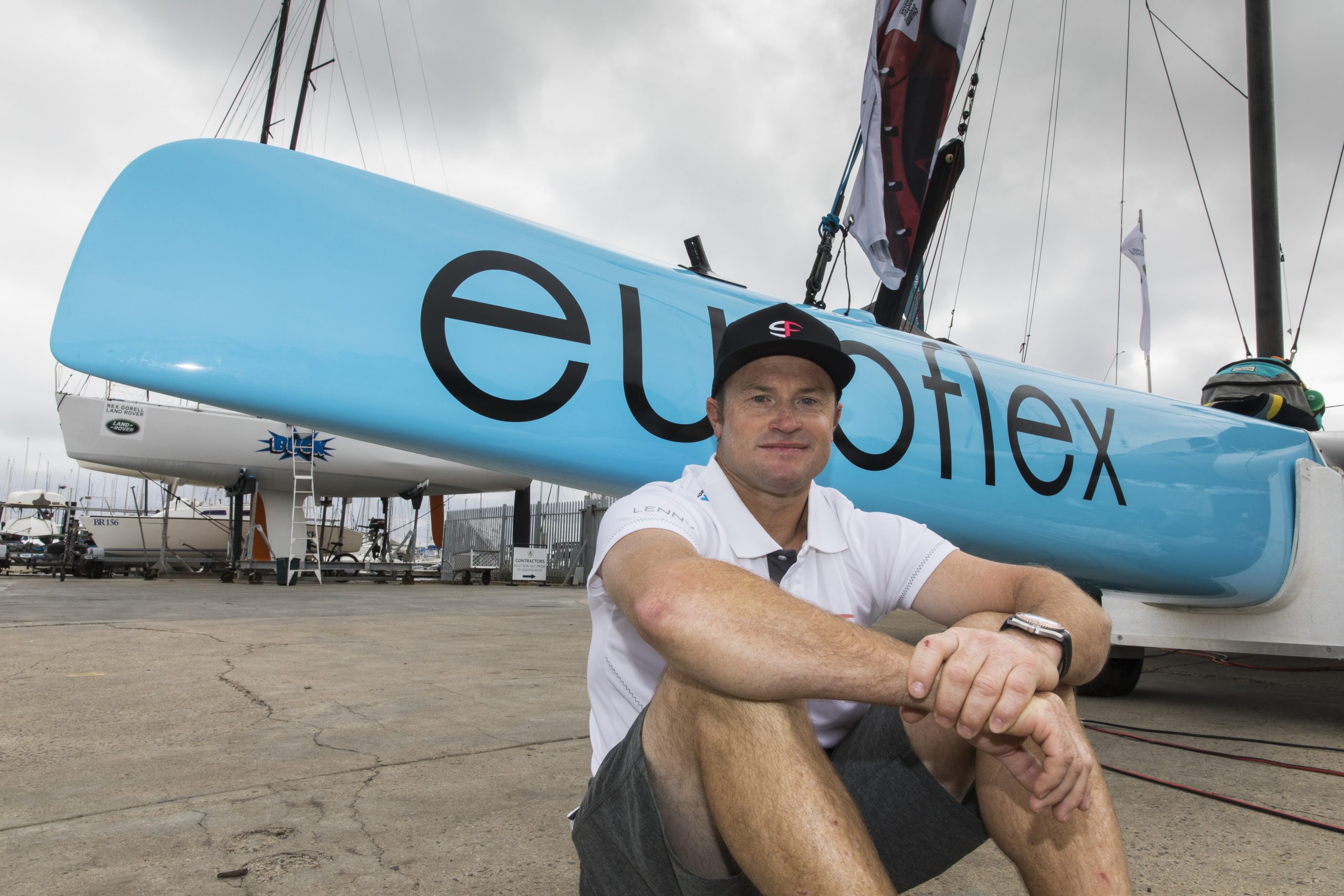 Geelong: One of Australia’s most decorated sportsmen – America’s Cup winner Glenn Ashby – will return to racing on familiar shores for his first home regatta since claiming the world’s oldest trophy the Auld Mug.

The multiple world champion, Olympic campaigner/medallist and Victorian is the lynchpin of team Euroflex, the benchmark machine heading into the second week of the Australia-wide circuit with an unbeaten record.

“For me to be able to sail on Corio Bay is something I’ve been looking forward to for a very long time. To do it among friends and family is a great reward for the hard yards working abroad over the last couple of years,” said Ashby from the shores of the Royal Geelong Yacht Club.

The man who has seized sailing’s ultimate prize is excited and apprehensive about the prospect of racing in front of his nearest and dearest, “The SuperFoiler is a boat you can’t hide on. You are exposed to your peers, friends and family and I am sure they will all be looking to critique my performance very closely.”

With an unblemished record in the SuperFoiler to date, the pressure will certainly be on Ashby who is sailing alongside Olympic gold medallists and fellow America’s Cup sailors Nathan Outteridge and Iain Jensen and has won a perfect seven races from seven attempts so far.

“It’s great that Glenn can show off what he is so good at to friends and family that usually have to watch him on television,” said Euroflex’s skipper Nathan Outteridge, “I don’t think there is any extra pressure, but getting the boat in and out of the water is just going to take longer as there will be everyone in the launch pad wanting to talk to him.”

While race organisers are thrilled to have a sailor of Glenn’s calibre returning to race on what is effectively his home circuit, not everyone will be rolling out the welcome.

Fellow America’s Cup competitor Paul Campbell-James, who sailed against the Victorian in Bermuda wants to spoil Ashby’s homecoming, “Glenn obviously comes from just across the way and will have a lot of local support, but it would be nice to beat Euroflex and get some new fans for iD,” said the British skipper whose red machine sits second overall.

This weekend’s racing will be livestreamed at www.superfoiler.com from 2pm-4pm local time.