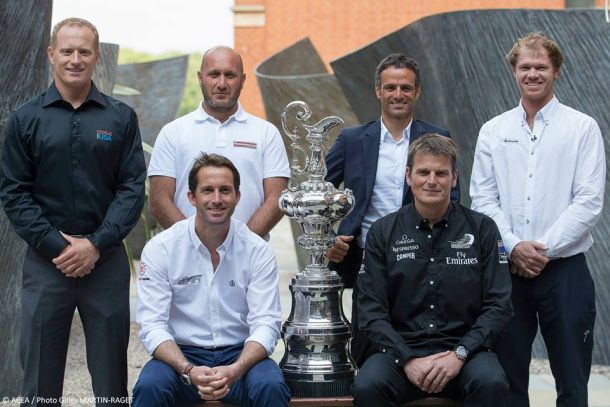 The make-up of the new body tasked with preparing Bermuda for the 2017 America’s Cup has been revealed by Grant Gibbons, the Minister for Economic Development.

Dr Gibbons said that America’s Cup Bermuda Ltd (ACBDA) will be funded by an annual government grant and will be responsible for fulfilling Bermuda’s commitments to the event.

This morning he unveiled Peter Durhager, the former chief administrative officer and executive vice-president of RenaissanceRe, as chairman of the board and Mike Winfield as its chief executive officer. The ACBDA’s board of directors will also include John Collis, David Dodwell, Darren Johnston, Warren Jones, Donna Pearman, Denise Riviere, Jasmin Smith and Blythe Walker.

Dr Gibbons told a press conference that ACBDA would represent Bermuda’s interests with the America’s Cup Event Authority (ACEA), the teams and other parties, and work with ACEA to help to raise sponsorship to offset the Island’s financial guarantee commitments.