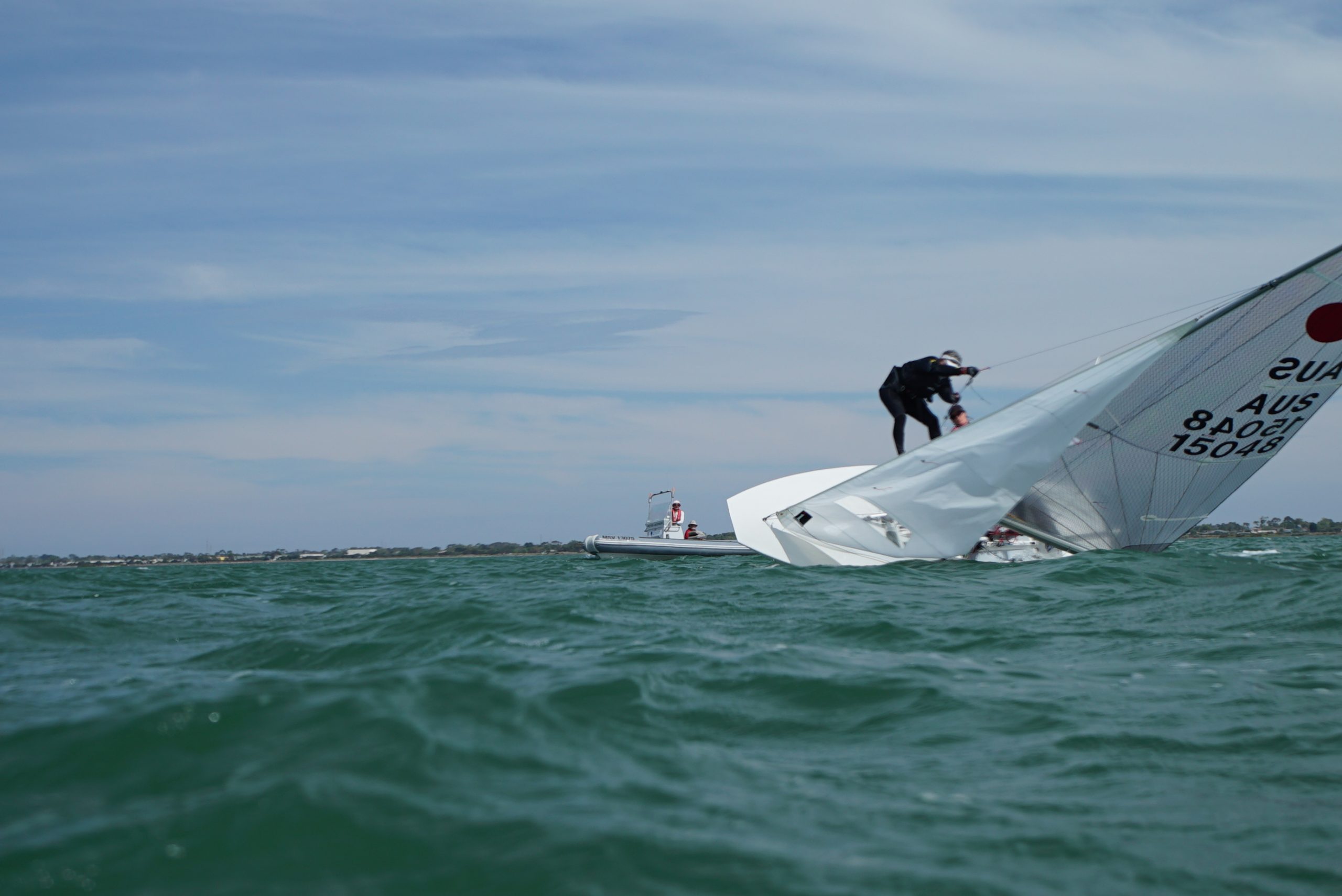 With seven out of 10 races completed and a lay day today (Thursday), it's all to play for in the 2019 Fireball Nationals, hosted by the Royal Geelong Yacht Club.

After kicking off the regatta with wins in the opening two races, and maintaining a consistent scorecard from then on, Heather Macfarlane and Chris Payne in Not Your Average Rockstars are in the box seat to clinch another national title.

They have been challenged by a number of quality boats, however their consistency to have three heat wins and a fourth as the worst carried result after seven races has shown their consistency hasn't been matched.

South Australians Tom Gordon and Jack Fletcher in Cletus have also been consistent but haven't had the fire power to steal the necessary points off Macfarlane and Payne – they will head into the final three races in second place, six points behind the lead.

Reigning national champions John Heywood and Brett Littledike in Renegade have shown glimpses of brilliance with two race wins to their name, but with a mixed bag of results they trail the leaders by 10 points and sit in third place with a fair bit of work to do.

The event has seen a number of mini-races take place as well, with the battle for the first placed under-21 skipper now well and truly in the balance.

Mornington Yacht Club 470 gun Sophie Jackson, who is sailing with Andrew Perry on Paranoid, has been the pick of the juniors with a number of quality results.

While she hasn't seemed to be challenged thus far, first-time Fireball sailors and current 49er prospects Alex Higgins and Joal Mackenzie in Lithium have shown a lot of promise.

When the first drop came into play, the South Australian young guns representing Brighton and Seacliff Yacht Club were able to discard a DNF, which brought them right back into the fold and hot on the heels of Jackson and Perry.

But a shocker in Race 7 yesterday saw them slip to ninth place, 17 points behind Jackson, which will force them to rely on the next drop coming into play and a strong, clean finish to crawl their way back into contention.

But with a tricky course out on Corio Bay and a regatta that has thrown up plenty of tricks there is no doubt anything could happen on the final two race days.