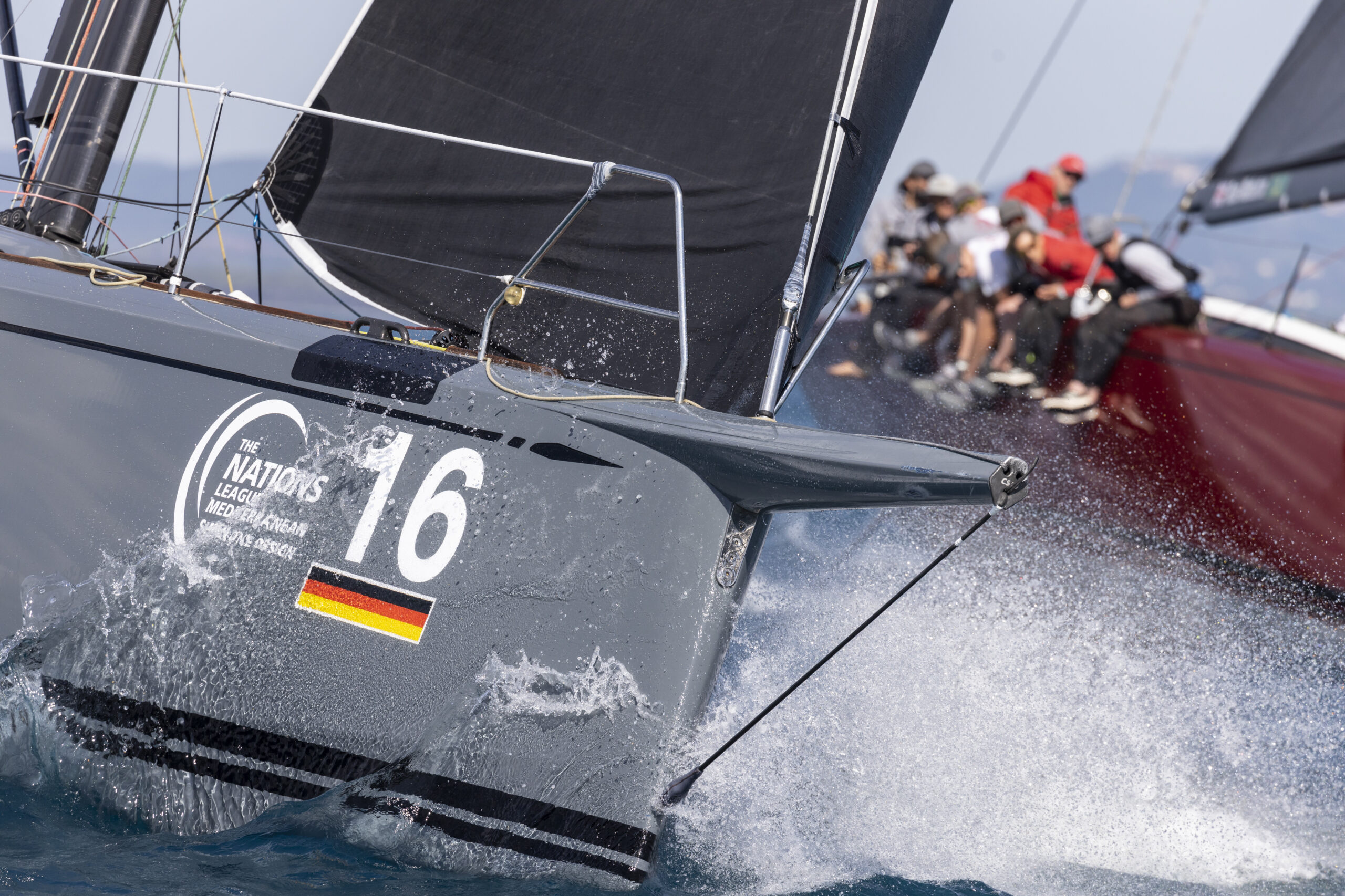 Another five yachts took their places in the winner’s circle today as the Swan Tuscany Challenge reached its halfway point with everything left to play for in a tightly compact and closely matched fleet.

The opening event on the ClubSwan Racing 2022 One Design circuit has already produced a series of sparkling individual performances across the two classes, all played out on the magnificent stage provided by the Gulf of Follonica off the Marina di Scarlino, Swan’s Mediterranean home.

The ClubSwan 50 class saw Marcus Brennecke’s Hatari bounce back from a challenging opening day, which left her at the foot of the scoreboard, with a commanding win by over a minute in Thursday’s first race ahead of overnight leader Earlybird and Andrea Masi’s Ulika.

For Earlybird it was a day of variety, posting a 2-5-11 scoreline. Owner Hendrik Brandis said: “It was a day of declining results, but it was a fantastic day of racing. The conditions could not be better – 15 knots and sunny in April.

“It was a bit disappointing as in the last race we won the start but there was a general recall, and we did not do so well. Everything that can go wrong in a race went wrong on the last race for us!”

The second race saw another team take their place in the spotlight for the first time, with Balthasar taking a close win after fending off a hard-charging Cuordileone, helmed by Leonardo Ferragamo, and a resurgent Hatari.

Though slightly delayed by a general recall, the final race of the day produced the first repeat winner of the regatta with August Schram’s Stella Maris leading home Cuordileone and Giuliana, with Alberto Franchi’s Italian team taking their best result to date.

Overall, Stella Maris moved to the top of a closely packed leaderboard narrowly ahead of a Cuordileone team hitting their stride, with Earlybird, Regina 2.0, Hatari – the form boat of the day with a 1-3-4 scoreline – and Balthasar all breathing down the leaders’ necks.

“It was a day of absolutely mixed feelings,” said Schram, reflecting on Stella Maris’ 13-6-1 scorecard. “In the first race we were dead last by quite a margin after the wind came from a direction we did not expect, the second race was OK and the last one was epic with a beautiful fight with Cuordileone and we were lucky to win in the end.”

Meanwhile the ultra-competitive ClubSwan 36 race teams were equally spirited, and again with a succession of different winners in each race.

For Facing Future it was a day to remember said tactician Jesper Radich: “We had an amazing day on the water and managed to win our first race ever. For the team it was surprising that we were able to fight with the top teams as the level of racing is so high especially at the top end, so to take one from them was unexpected but really great.”

The last race of the day continued the trend with yet another new boat taking top spot – Edoardo Pavesio’s Fra Martina going one place better – making it five different winners in five races.

In the overall standings G-Spot retained her lead, having been briefly displaced by Facing Future, though only by the narrowest of margins, with Fra Martina’s impressive run of results – 2-2-1 – securing third spot.

Further down the table Nikolai P. Burkart’s Goddess began the Swan Tuscany Challenge with a second place. And while they have not yet been able to add a win to their tally the crew is enjoying the event.

“It was pretty awesome racing today,” said tactician Michael Zittlau. “In the first race we had good boat speed upwind and the downwind was a lot of fun. There is a great atmosphere in the team.”

At the daily prize-giving the awards were provided by Quantum Sails, going to the winners in each of the one-design classes.