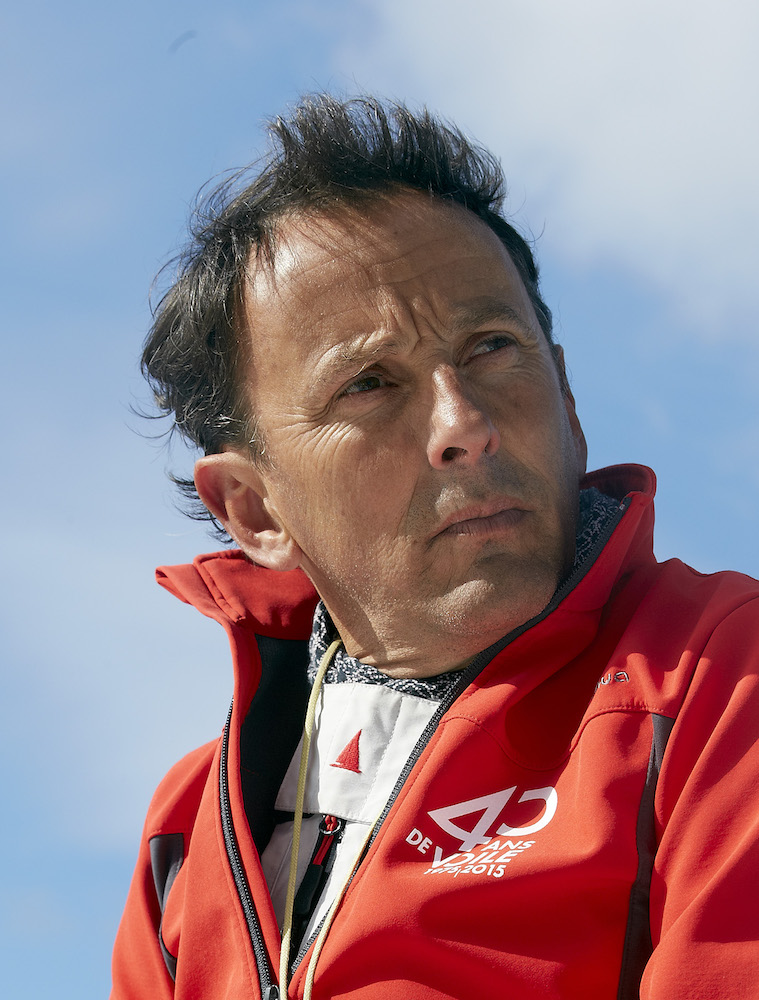 He won the 1992-93 edition at the age of 31, was the longtime safety consultant for the event and this time was the director of Isabelle Joschke’s MACSF project, Alain Gautier has had many Vendée Globe roles in his life.

Gautier spoke to us just after the courageous return of Joschke, giving the expert’s look back at this epic ninth edition.

Alain, what lessons do you draw from this edition as a whole?

AG: Look back at 2012 and 2016 and we saw two fairly similar Vendée Globes, but that is rare to have two races like that one after the other.

Remember 2008 and it was all about the incredible comeback of Michel Desjoyeaux and the rate of attrition and it was the battle at the front in 2004 Each Vendée Globe has its history. But 2012 and 2016 were really a bit similar with duels, Gabart and Le Cléac’h then Le Cléac’h and Thomson in 2016.

This year was very different; unique again. We had a completely new Vendée Globe, thanks to the fight at the front similar to what we had in 2008 during the first month. But this year, the fight lasted the entire race and it was not over until the finish line itself, indeed after the line!

We had never seen that, so many boats so close to each other, it was great to follow. There were opportunities for skippers that we had never tipped before the start. Of course, there were the four big favourites. Of the four, we said to ourselves that there would surely be one who would manage to stand out above the rest. Except that it did not go like that at all!

We had a Vendée Globe that really was historic. It is often said that it is always the ones in front who get the best conditions and race away but this year, that never was the case.

It’s rare for catch ups from behind on the four different sections of the Vendée Globe. It was a memorable Vendée Globe. Pip Hare blew me away with her 2000 boat. But of course there are also sailors like Damien Seguin, Benjamin Dutreux, Louis Burton.

I am of the opinion that among the group of leaders there were only three or four boats sailing close to 100% of their polars (computer generated target speeds) they are Benjamin Dutreux, Damien Seguin, Yannick Bestaven and Louis Burton.

Others sailed differently, either because they had problems, or they did so by strategic choice. In fact Boris Herrmann could very well have won the Vendée Globe without ever having taken the lead. He executed his race in an amazing way. It might have been hard to accept him winning because panache is also one of the things we love about sport.

But then you see Louis Burton, with all went through, maybe he could have been in two days earlier. It was an unforgettable Vendée Globe. There were few dropouts too, which is remarkable.

We saw Jean Le Cam up among the leaders at 61 years old, doesn’t that give you an itch to be back out there?

AG: That is not the first time I’ve been asked this question! Clearly, Jean did a very impressive thing, and I’m not talking about saving Kevin which is something special.

But speaking in terms of the sports performance alone he is prepared for his Vendée Globe having sailed very little, having optimized his boat very carefully, in terms of the rule and in terms of a lot of the little things that are essential, especially in the south.

He made a brilliant start to the race helped a bit by the weather, it’s true. And yes, what he did does inspire people like me, or like Bilou (Roland Jourdain), although I think Bilou has said more often than I have that he would like to do it again.

Right now it’s not on my mind. You have to realize what a Vendée Globe is! Seen from the land as a spectator, it’s great, we had a great time following the race. But we know all the sacrifices, the difficulties that come with being in the race and getting to the start line.

Jean said it himself because his race was not easy, far from it. There is the preparation, these two three years of your life where you are focused on this one overriding goal.

You see the amount of work, the hours, the days, the weeks Jean put in because he didn’t have a lot of budget, Jean worked 12-hour days 7 days a week. It’s a lot of commitment and for that; you have to want to do it a lot.

Jean was very clear in his head. In mine it is not there at all. I have already given a lot to ocean racing in terms of investment and my personal life. So for now it’s not high on my agenda, but as I often say – and it makes my wife start – never say never!