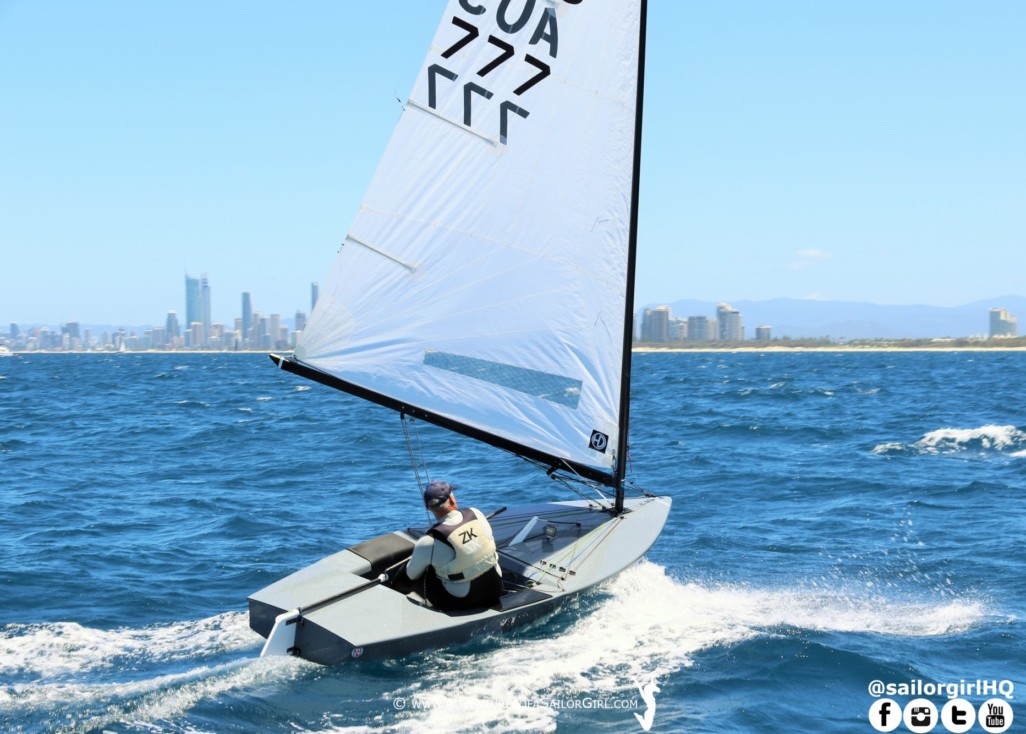 With a remarkable 18 point lead, Rob McMillan has been crowned the Australian titles champion. With a near perfect score, Rob has led the fleet for the entire series sailing NB SAILSPORTS.

“The regatta has been magical, each race has pushed me to use slightly different tactics and skills with some trying times, along with begin the first event with my newly purchased OK from England, I am very pleased with the boat's capability and overall I am obviously very excited about taking out the title,” said Rob. “The sailing conditions here on the Gold Coast were absolutely fantastic, brilliant sea breezes and perfect waves, I couldn’t ask for much more. Overall, I had a brilliant time, however the unexpected swim earlier in the regatta won me the blue swimmer crab trophy for capsize of the day, I never imagined I would win one of these. The sailing management and club (SYC) have been superb and I am extremely happy I participated within the regatta.”

A mixture of wind and waves structures have made for an extremely testing and versatile nine races offshore the Gold Coast.

“The OK Nationals has been great series with diverse conditions which produced a true champion. I am really pleased with the conduct on the course from all the sailors, even from the fact of bringing out the black flag the whole fleet cheered,” said Principle Race Officer Denis Thompson.