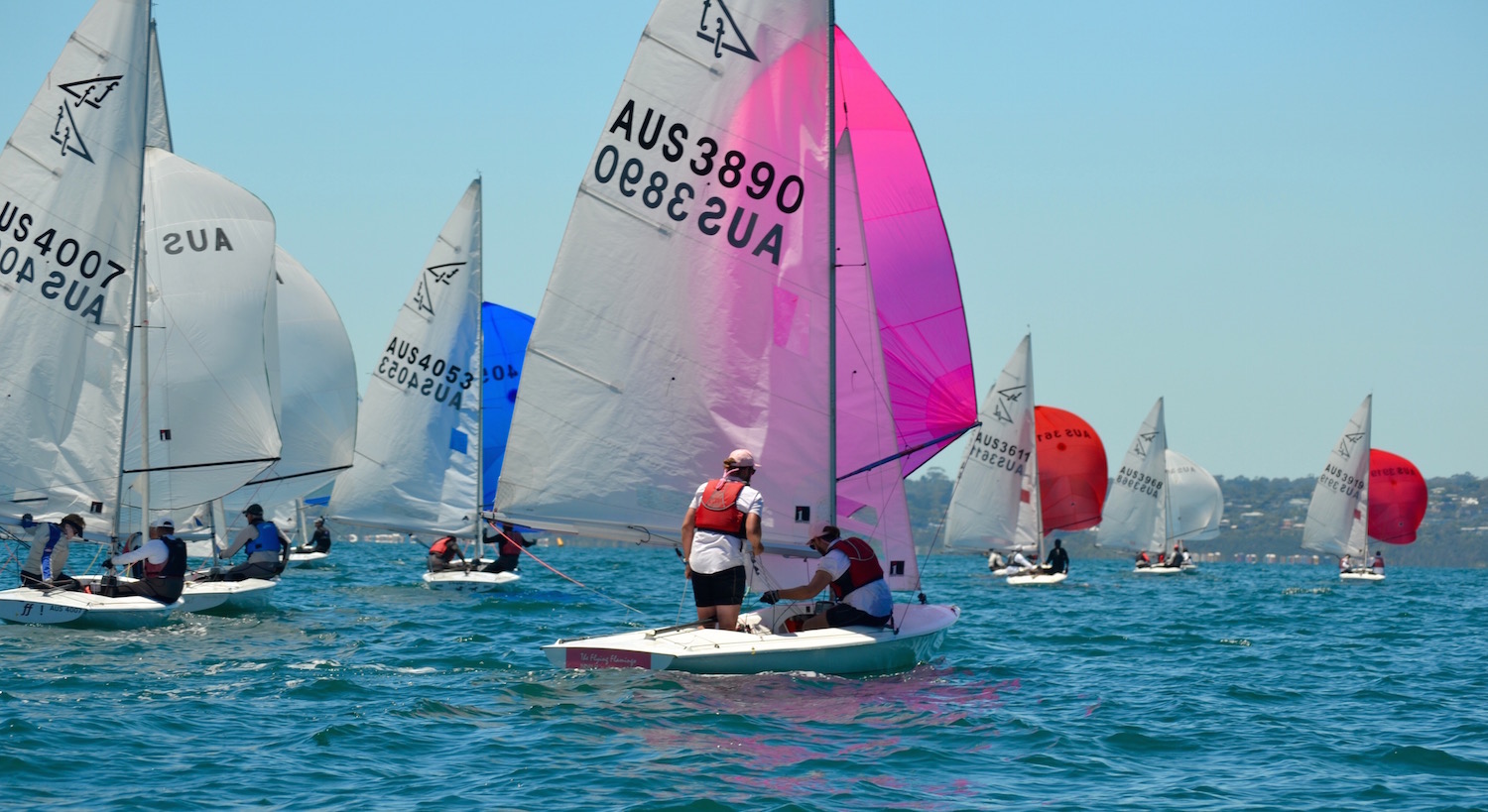 A light day on Port Philip Bay on the penultimate day or racing at the Flying Fifteen Australian Championship shuffled up the pack a bit with some of the leaders suffering double digit scores, however Matt Owen/Andrew Reed (Canberra YC) have one hand on the trophy.

The Canberra pair has moved 16 points clear of the competition with a bad forecast for the final day of racing.

The windward/leeward courses were used to both of today’s races and it was a tactical day for Craig and John Rainey from Great Lakes YC to shine. The Rainey’s sailed well in the light airs to win race 7 and take 4th in race 8 to move up the leaderboard into 3rd on the podium.

The Rainey’s summed up their performance: “Conditions suited our light weights. We’ve been coached by Ricky Riggs in the UK and he is the man who has helped us in this stuff. We started just down from the boat with clear air, and worked up to the first mark to lead the race and managed to lead everybody around the course.”

The other surprise package was newcomers Stephen Fries and Richard Machin from Sandringham YC, who were observed to be sailing with quite a different technique in the light airs. Their crew weight was well forward and slightly to leeward. It clearly worked as they also scored fourth and won the last race of the day.

Overnight, runaway leaders Matt Owen and Andrew Reed had a day to forget by their high standards, using up both their discards (8,12).

Strong northerlies are forecast for the final day of racing so we have to wait and see if anyone can catch the flying Canberra boys.