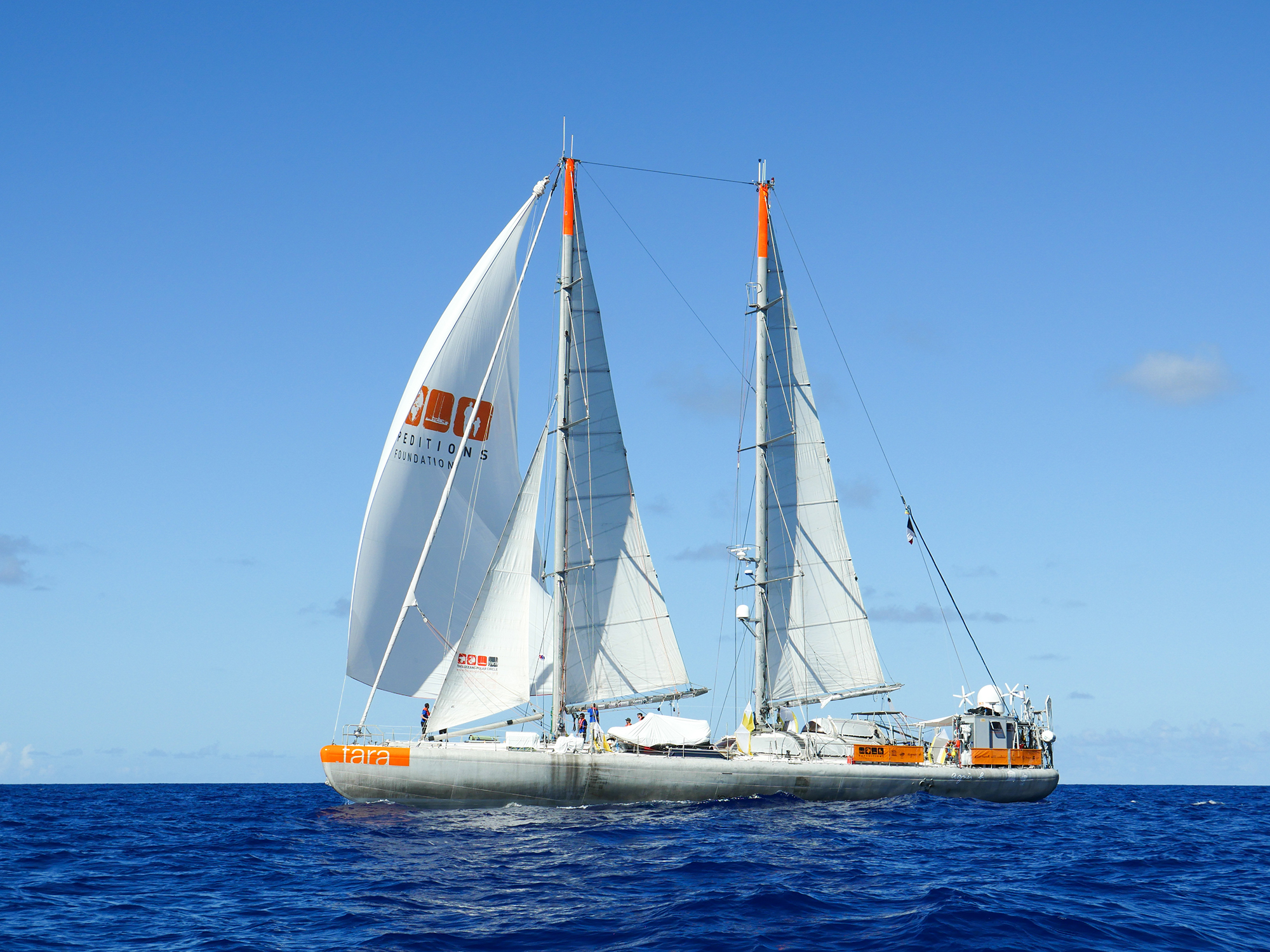 04/10/2018
On October 27, the research schooner Tara will return to her home port in Lorient, Brittany (France), after collecting over 36,000 samples on coral reefs in the Pacific Ocean and sailing more than 100,000 km.
The Tara Pacific mission, initiated by the Tara Expeditions Foundation and coordinated by the CNRS, Scientific Center of Monaco (CSM) and CEA marks a turning point in oceanographic research: never before had a campaign on coral reefs been conducted on the scale of an entire ocean.
The wealth of knowledge acquired, year after year, through the Tara expeditions will soon be complemented by a huge dataset on marine biodiversity. These data should enable the international scientific community to unravel the mysteries of how marine organisms adapt to disruptions occurring in the oceanic ecosystems. Let's meet on October 27 to celebrate Tara's return to the Cité de la Voile in Lorient, Brittany (France).
883 days at sea collecting a treasure trove of data
29 months of sailing, 100,000 km traveled, 70 stopovers in 30 countries and 40 archipelagos studied with 2,677 dives. For her 11th expedition, from the Panama Canal to the Japanese Archipelago (2016-2017), from New Zealand to China (2017-2018), the schooner explored the most urbanized coastal areas of the Pacific Ocean, as well as the most remote reefs on the planet. With more than 36,000 samples collected, Tara Pacific (2016-2018) is the largest campaign ever undertaken on coral reefs.

Understanding the Ocean and coral reefs of tomorrow
For nearly three years, the scientific teams aboard Tara rigorously sampled 40 sites following the same protocols, in search of three species of coral and one species of reef fish. They also collected the surrounding plankton to identify potential associations. Their goal? Solving the mystery of reefs' invisible biodiversity – those microbial organisms maintaining the overall balance of the marine ecosystem, on which we all depend.

Tara's return: an event for both young and old, at the Cité de la Voile in Lorient, Brittany (France)

We wish Tara and her crew members a triumphant return to her home port, accompanied by an armada, on Saturday, October 27. Boaters and sailors, occasional or long-standing adventurers, are invited to form Tara's armada. All vessels will gather near Port Lay (Groix) to accompany Tara over the last nautical miles to the Cité de la Voile.
On the day of her return and the following week, Lorient Agglomeration and the Tara Expeditions Foundation will propose many activities including conferences, screenings and boat tours at the docks of the Cité de la Voile Eric Tabarly. A gathering for both young and old, flying the Ocean's colors!