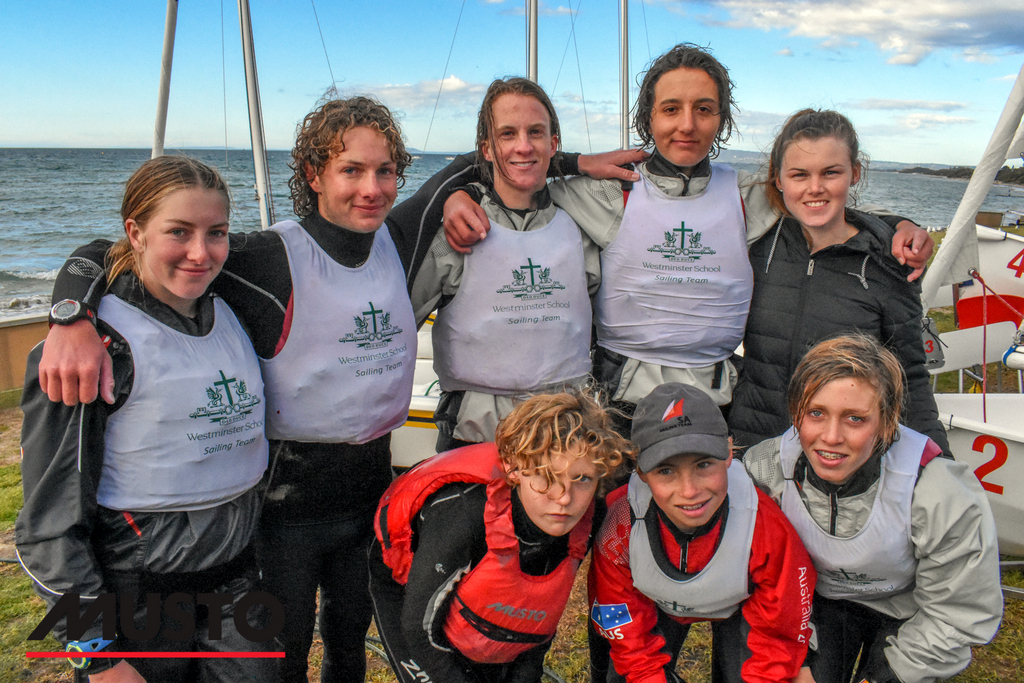 The winner of the open division was decided on the final race of the final day of competition on Algies Bay, north of Auckland, in a close-fought series sailed in International 420 dinghies.

In the all-girls division, Sydney’s Ascham School finished a close second New Zealand’s Napier College with Fahan School from Hobart placed fifth after being first and second midway through the regatta.

“So, we are very proud of our accomplishments,” Amanda added after what she described as ‘all turning grey after a very nerve-wracking day'.

“We are disappointed, but realise what an amazing result it was for Friends given the Westminister team train in the 420s used in New Zealand all the time and we had just three sessions in in three in Hobart before the Interdominion.”

Unfortunately, results from the first round-robin in which Friends won all five matches, were halved. Had this not been the case, Friends would have won the schools series.

The Interdominion Championships was decided over seven round robins, the winning school the ones with the most wins in each contest between three boats from each country.