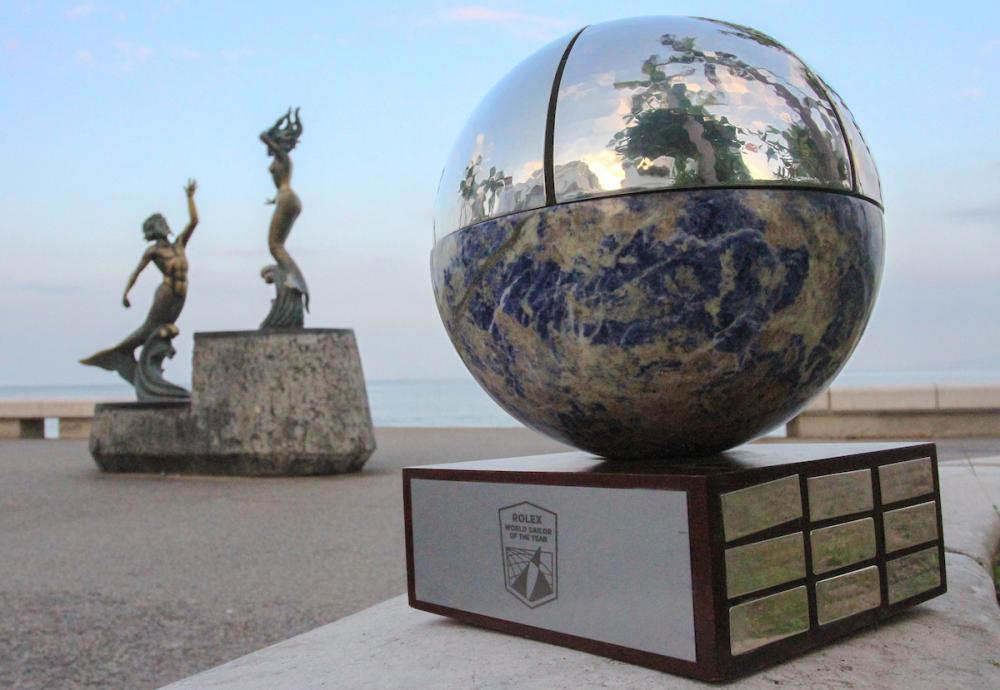 World Sailing, the world governing body of the sport, and Rolex, the leading name in prestige watches that includes watches engineered specifically for sailing, are pleased to announce a line-up of Rolex World Sailor of the Year 2018 nominees that personify excellence.

The 11 nominated sailors represent the best of the best in international sailing over the last 12 months, with kiteboarders, offshore racers and Olympic class specialists all shortlisted.

The names vying for the coveted and prestigious 2018 Rolex World Sailor of the Year Awards are:

On Tuesday 30 October 2018, the winners will be announced at the World Sailing Awards Ceremony in Sarasota, Florida, USA.

Each winner will be presented with the unique marble and silver trophy depicting the globe, crowned with five silver spinnakers representing the continents, together with a Rolex timepiece.

Click here for more on the new awards and how to submit a nomination ahead of the 8 October 2018 deadline.

With female representation on all seven Volvo Ocean Race teams competing in the 2017-18 edition, it was inevitable that a first female winner of the gruelling race would be crowned. But no one could have ever predicted the drama that unfolded to decide the winner.

Ahead of the race, Dongfeng Race Team’s Carolijn Brouwer (NED) and Marie Riou (FRA) were at the opposite ends of the spectrum. Brouwer was an experienced offshore racer with two Volvo Ocean Race editions completed, whereas Riou was a two-time Olympian in Match Racing and the Nacra 17.

The two came together and worked in unison, making brave and bold decisions when they mattered.

On the winner-takes-all 970-mile drag race from Gothenburg, Sweden to The Hague, The Netherlands, Dongfeng Race Team made the right call to move inshore and take a narrow leg win to seal the Volvo Ocean Race title.

A veteran of 11 Rolex Sydney Hobart Yacht Races, offshore racing is at the heart of Wendy Tuck’s life.

After becoming the first Australian female skipper appointed to lead a team on the Clipper Round the World Yacht Race for the 2015-16 edition, Tuck became hooked on the race and leading amateurs on the epic 40,000 nautical mile round-the-world venture.

Just months after her feat, Tuck made history once again, this time in the 2017-18 edition of the Clipper Race. Having led Sanya Serenity Coast to victory, she became the first female to skipper a winning yacht in the race.

Moroz became a first-time World Champion in 2016 in the IKA Foiling Formula Kite, and successfully defended her title a year later. At the Hempel Sailing World Championships in Aarhus, Denmark in 2018, she held on to it again for a third successive year.

The American’s dominance in Aarhus was astonishing. Out of 15 races sailed, Moroz won 14, blowing past all of her rivals with ease to take a convincing gold. At the 2018 European Championships she was just as commanding, winning 13 of 14 races.

After the Nacra 17 went fully foiling, Italy’s Ruggero Tita and Caterina Banti set about learning the intricacies of the boat immediately – and it paid off in 2018 as they completely dominated everywhere they competed.

European gold in Gdynia, Poland followed before they clinched a hard-earned World Championship title in Aarhus, Denmark by a single point.

After 45,000 nautical miles around the world, across four oceans, the 2017-18 Volvo Ocean Race came down to a 970-mile sprint from Gothenburg, Sweden to The Hague, The Netherlands.

Charles Caudrelier’s Dongfeng Race Team went head-to-head with MAPFRE and Team Brunel knowing that whoever finished ahead would claim the title.

It was risk and reward for Caudrelier as he and his team made a bold move to split away from their rivals, sail close to the shoreline and wait for a projected wind shift. After slipping behind, the risk paid off as favourable conditions propelled them ahead of their rivals to claim their first leg win and with it, the Volvo Ocean Race title.

Winning silver at the London 2012 Olympic Games firmly embedded Pavlos Kontides into Cyprus’ sporting history as his success was the first Olympic medal for his nation. Since then, Kontides has continued to inspire nationally and globally with his achievements.

After ten testing races, Kontides faced off against Matt Wearn (AUS) in the Laser Medal Race. Although Kontides finished a place behind the Australian in a tense final duel, he had enough points to give him a two-point victory and a second world title.

After winning Men’s 470 gold at the Rio 2016 Olympic Games, Sime Fantela switched to the 49er to race with his brother Mihovil.

Following several years of competing at the front of the fleet in the Men’s 470, Sime and his brother were made to settle for the middle of the pack, and saw mixed results for much of their build-up to the Hempel Sailing World Championships.

However, come crunch time in Aarhus, Denmark, their hard work and Sime’s experience in high-pressure scenarios paid off as the Fantela brothers claimed gold convincingly.

Never without a smile on his face, the Netherlands’ Dorian van Rijsselberghe further enhanced his RS:X windsurfing legacy at the Hempel Sailing World Championships. The Dutchman had a series of up and down results leading up to Aarhus but, as he does so often, he turned on the style and found an edge over his opponents to claim gold.

Like many of his would-be title rivals, the 29-year-old double Olympic champion only won two races, but his consistency was unmatched. Only once in the 12 races leading to the Medal Race did he finish out of the top 10. Ahead of the final race, he could not be caught, an achievement he’s also managed on two previous occasions – at the London 2012 and Rio 2016 Olympic Games.

The Rolex World Sailor of the Year Awards is the most prestigious award of recognition in the dynamic sport of sailing. Since the awards' inception in 1994, the trophy has proudly accumulated the names of those who have demonstrated unparalleled endurance, performance and accomplishment in sailing.

Beginning with Sir Peter Blake and Sir Robin Knox Johnston, the inaugural winners, the trophy reads like the definitive who's who in sailing.

Previous recipients of the Rolex World Sailor of the Year Award include: