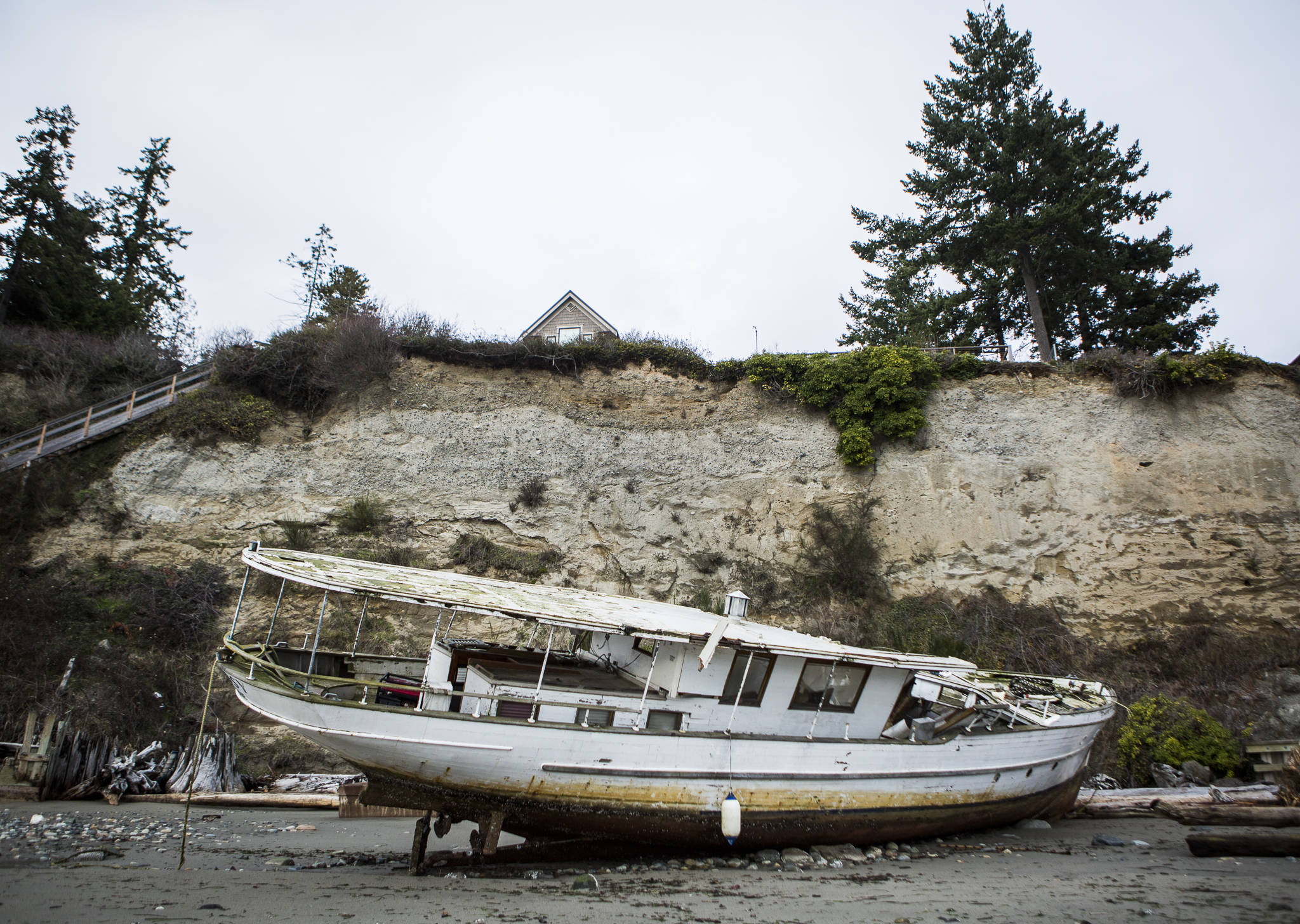 The Argosy sits along Mission Beach on Friday in Tulalip. (Olivia Vanni / The Herald)

TULALIP — She had survived nearly 100 years on the water.

After a sometimes rocky odyssey, the Argosy may have reached her final resting place.

Earlier this week, the 55-foot-long yacht washed ashore on Mission Beach in Tulalip.

Kim Heltne noticed the wooden ghost ship floating in Possession Sound on Sunday, as a snow storm moved in. Days later, the Argosy had settled in the sand near Heltne’s home.

It’s not clear yet what will happen with the boat. Because the vessel is on the Tulalip Indian Reservation, state agencies don’t have permission to move the yacht, said Troy Wood, derelict vessel program manager for the state Department of Natural Resources.