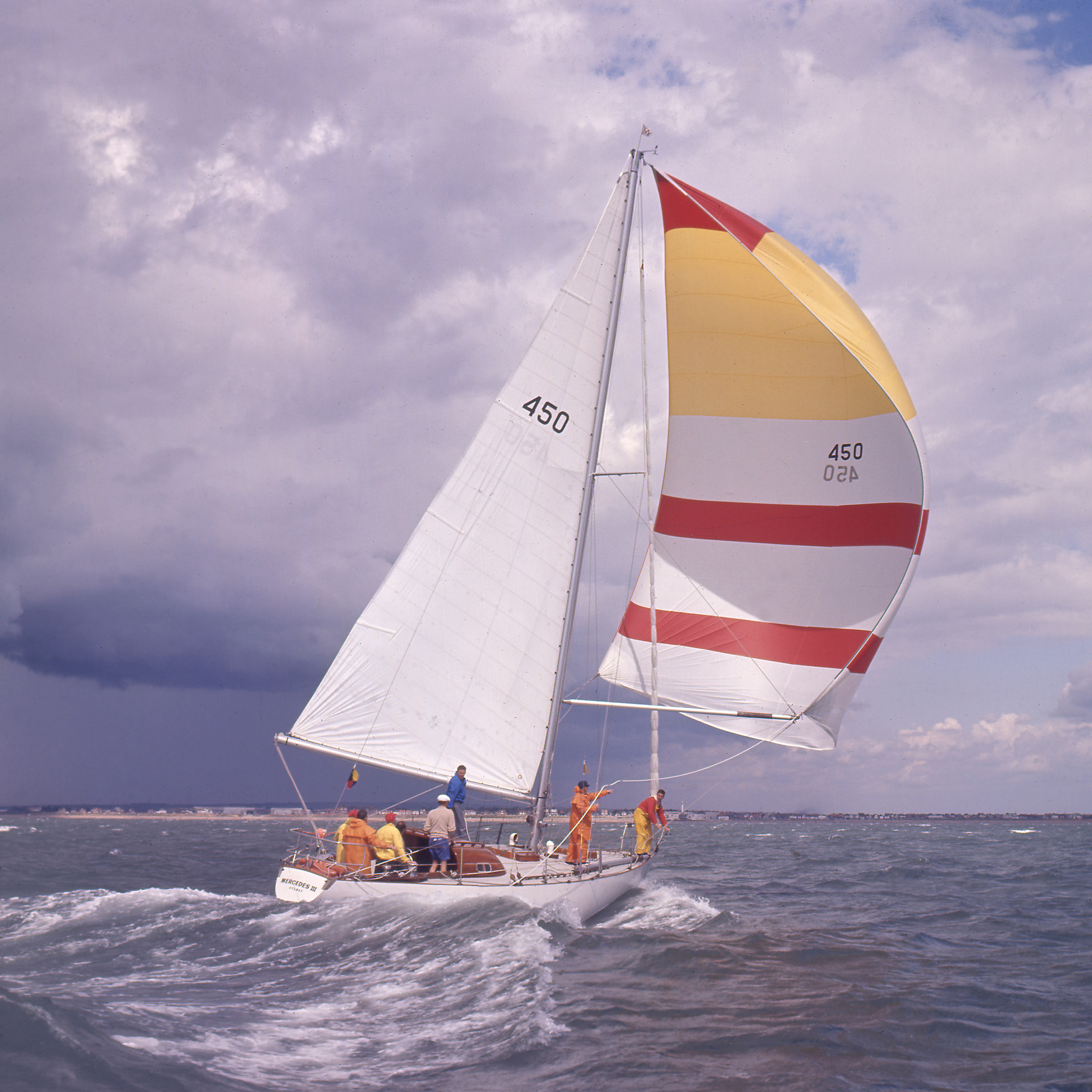 When an informal committee of offshore veterans first met six months ago to put flesh on the bones of a Classic Yacht Association of Australia idea to hold some form of a regatta to mark the 50th anniversary of Australia’s first win in the Admiral’s Cup, their aim was to attract a fleet of 10 yachts.

It now seems likely that more than twice that number will take part in the event to be sailed in Sydney on December 1, 2 and 3.

“What most of us believed would be not much more than a few nostalgic toddles around the Harbour has taken on a real life of its own”, says regatta chairman David Champtaloup. “We’ve been amazed by the response. Boats are coming from as far away as Queensland and Tasmania to join the Sydney and Pittwater entrants. There are already around 20 solid entries with a few more expected. Old crews are getting back together. It promises to be quite an event.”

Jointly hosted by the Sydney Amateur Sailing Club, CYCA and RSYS, and with continuing support vfrom the Classic Yacht Association of Australia, the regatta comprises two around-the-buoys harbor races and one short offshore. The specially commissioned first place trophies for each race are named after the three members of Australia’s victorious 1967 team – Balandra, Mercedes III and Caprice of Huon.

Caprice and Mercedes III will compete in the 50th Anniversary Regatta, however Balandra is still being restored in Tasmania.

Entry is open to any yacht that represented Australia in the Admiral’s Cup or contested the selection trials. The illustrious old ocean racers that will be racing in December include Love & War, Kingurra, Syonara, Mister Christian, Camille, Vittoria, Sagacious V, Impetuous, Spirit of Koomooloo (the first Ragamuffin) and the original Wild Oats.

They will be competing against Mercedes IV, Too Impetuous, Black Magic, Auric’s Quest, Apollo VI and Salacia II. In addition, Lorita Maria and Anitra V have been invited to join the fleet in recognition of the enormous contributions made to Australia’s Admiral’s Cup challenges by Norman Rydge and the Halvorsen brothers.

The SASC is providing race management for the two Harbour races while the CYCA will manage the short offshore event.

Organising committee member Peter Shipway – himself an Admiral’s Cup veteran – has been heartened by the enthusiastic response from former skippers and crew.

“They’re all coming out of the woodwork”, he says. “Most of them have put their hand up for a ride on one of the boats. Some of the older blokes have settled for a spot on the spectator boat, but we’ll do our best to make sure anyone who’s up for it can sail as guest crew for at least one of the races.”

In addition, two of the Regatta Patrons – Gordon Ingate and Sir James Hardy – will be sailing as guest helmsmen. No doubt the third patron, Syd Fischer, will offer his usual robust brand of criticism from a dry berth on the spectator boat.

There will social occasions for sailors, family and friends after each day of racing.

The formal welcome dinner is at the RSYS on the evening of Friday 1 December, followed by a crew party at the CYCA following the offshore race on Saturday 2 and a final presentation BBQ at the Sydney Amateurs on the Sunday.

For further information contact: Peter Shipway at peter@barlowdistributors.com.au or, David Salter at davidelva@alpha.net.au