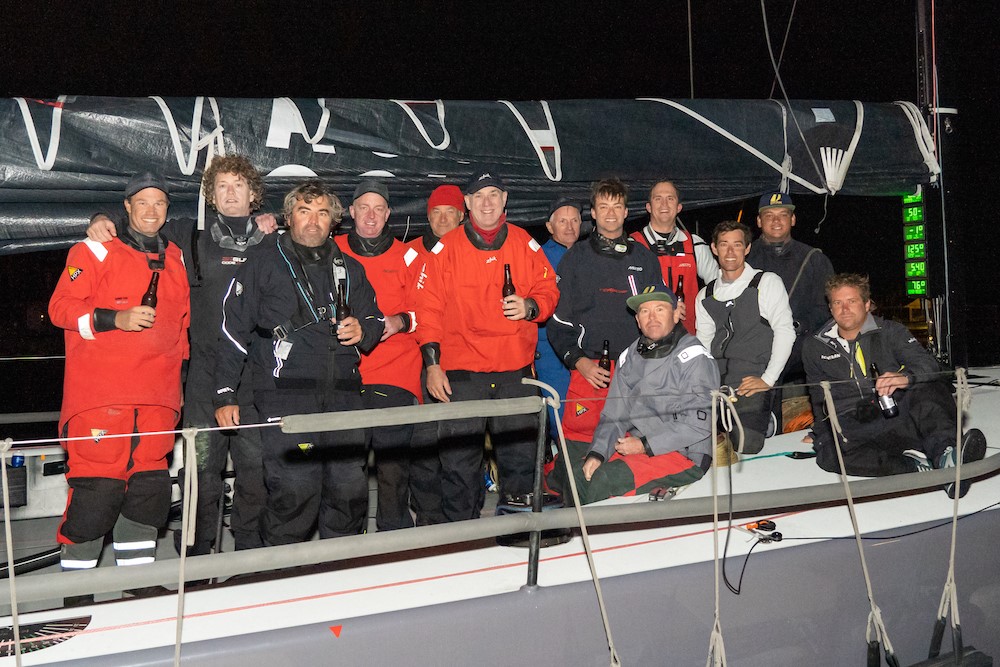 Matt Allen’s Ichi Ban has clinched its fourth Teakle Classic Adelaide to Port Lincoln Yacht Race in as many appearances, taking out line honours and overall handicap in a wet and windy race.

The finish time was about two hours slower than the race record set in 2020.

Ichi Ban’s win caps off a great season for Allen and his crew who wrote themselves into the history books of Australian ocean racing when they won their third Sydney Hobart in December.

“It’s a great combination (of sailing skills). We really enjoy it, that’s why we come back,” said Allen who had Olympic champion Mat Belcher on his crew.

“This is our fourth year here. I think we’re the only boat from New South Wales here, but we love coming here and it sort of makes sense coming up after the Sydney-Hobart.”

“For us to hang off the back of (Ichi Ban) for most of the trip across, we’re pretty happy,” he said.

“We had a couple of little hiccups that probably cost us a mile or two, but other than that the boys performed really well.”

Conditions favoured the larger boats which were able to complete the race in consistent wind, while those at the tail end of the fleet were greeted with light conditions at sunrise yesterday, slowing their progress.

The fleet will now prepare for the four-day Lincoln Week Regatta on the waters of Boston Bay, which starts on Monday.