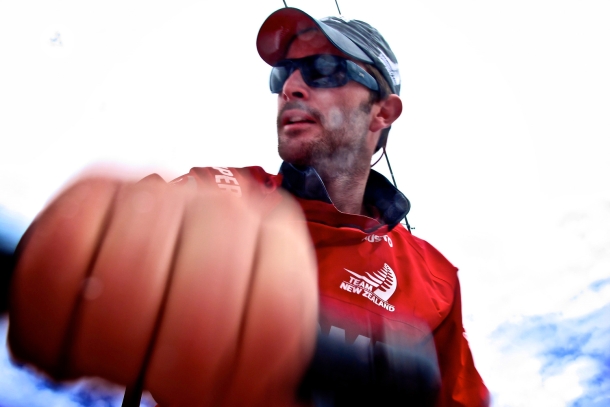 New Zealander Adam Minoprio, the youngest sailor to become match-racing world champion, has been called up by Team Brunel for the last three legs of the Volvo Ocean Race.

Minoprio replaces Spain’s Javier de la Plaza, who has pulled out of the Dutch crew because of other sailing commitments, a team statement issued on Monday announced.

The 29-year-old newcomer brings a formidable in-shore and offshore pedigree to Bouwe Bekking’s crew, which finished third in Leg 6 from Itajaí to Newport.

At the age of seven, Minoprio experienced competition sailing for the first time. Aged 11, he won his first national competition in an Optimist and a year later he sailed in his first world championships in the same class.

In 2009, at the age of 24, Adam Minoprio became the youngest sailor to become match-racing world champion, joining an élite group of illustrious sailors such as Chris Dickson, Dean Barker and Russell Coutts.

He was helmsman and trimmer in the CAMPER with Emirates Team New Zealand crew that finished second in the 11th edition of the Volvo Ocean Race in 2011-12.

At the beginning of 2014, Minoprio was wing trimmer and tactician for the America’s Cup team, Luna Rossa, but after the Italians withdrew from the Cup, it left space for a new adventure.

“When I sailed in my first Volvo Ocean Race with CAMPER, I thought the toughest bit was carrying and stacking all the sails, the food, the spares and the tools when changing tack or gybing. But the principles of sailing are the same and nothing changes there.

“It’s an honour that Bouwe Bekking asked me to strengthen Team Brunel. Together with the America’s Cup, the Volvo Ocean Race is the summit of sailing.

“I think that my knowledge and skills will enable me to make a contribution to the development and performance of Team Brunel. I always go for the best result possible.”

Bekking added: “Adam has sailed in the Volvo Ocean Race before and has been match racing world champion. As an experienced match racer, he could just make the difference in the last three short legs.”

The teams will contest the Team Vestas Wind In-Port Race Newport on May 16 before setting out for the seventh leg of nine to Lisbon, Portugal, the following day.

In all, the crews will visit 11 ports and every continent in the nine-month, 38,739-nautical mile race.

It will conclude in Gothenburg, Sweden, on June 27 after visiting Lisbon, Lorient, France, and The Hague, Netherlands.