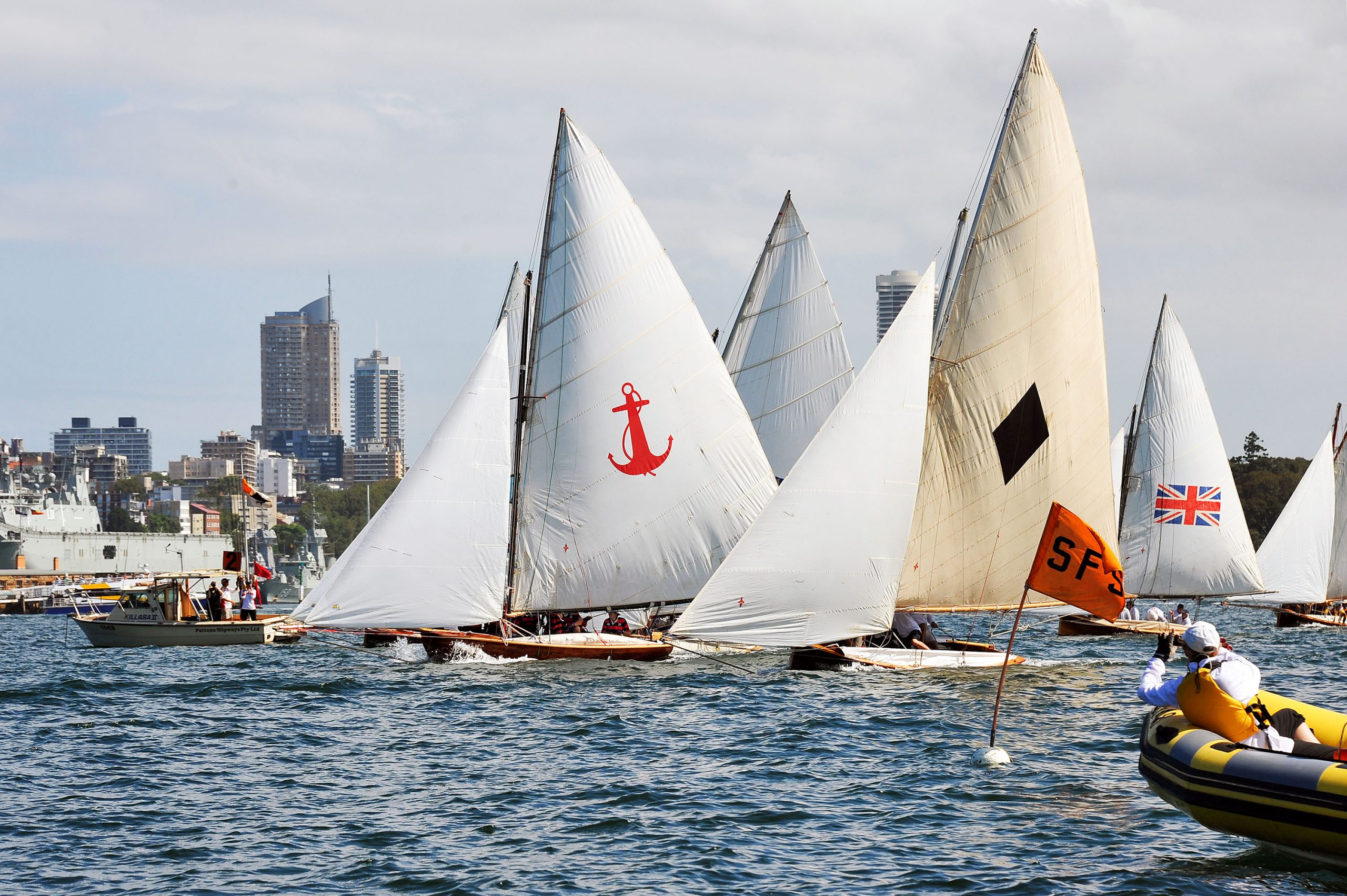 The 2017 Historic 18 Footer Australian Championship for the Galloping Ghost Trophy was conducted by the Sydney Flying Squadron in conjunction with the Australian Historical Sailing Skiff Association (AHSSA), on Sydney Harbour over 3 races in January – Sat 21, Fri 27 and Sat 28. With a range of replica skiff designs, that cover various eras of 18-foot skiff development from 1919 to 1950, race results are based on corrected time after applying the AHSSA Rating for each skiff.

The series was characterised by the two boat contest between Aberdare and Yendys, picking up where they left off last year.

Harold Cudmore made his annual pilgrimage down under to take the helm of Yendys which has been maintained in pristine condition by usual skipper Bob Killick who sailed as mainsheet hand for this event. Aberdare, skippered by Michael Chapman in Race1 in the absence of usual skipper John Winning who was back in charge for Race 2 & 3, was also in top shape after a recent refurbishment. The Mistake, Terry Stewart, sailed a very consistent series to take 3rd place overall and win the handicap event for the “Raw Meat” trophy. Myra Too, Phil Barnett, made a welcome return to racing, pushing hard at the front of the fleet in each race but a retirement in Race 1 due to a broken rudder fitting affected their overall standing.

A feature of this event was the launch of a new book “The Open Boat – The Australian 18-footer Origin, Evolution and Construction” by Ian Hugh Smith.