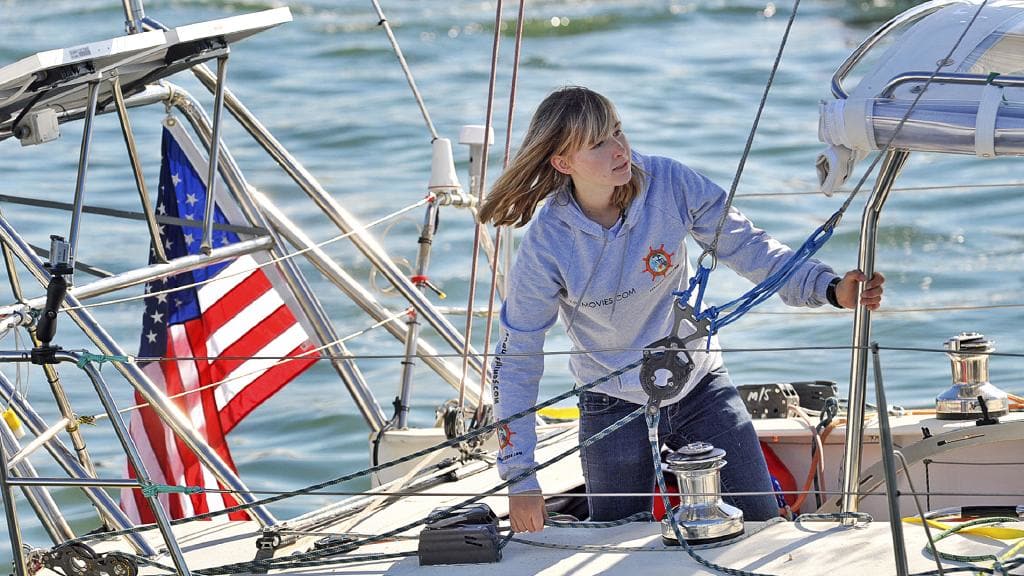 Abby Sunderland aboard Wild Eyes in 2010

South Australia Police report that an overturned vessel found off the coast of Kangaroo Island on New Year's Eve has been identified as 'Wild Eyes', which had been abandoned eight years ago in the middle of the Indian Ocean during a round the world voyage.

The 12m vessel was spotted from the air by a tuna spotting plane about 11 nautical miles south of Vivonne Bay, Kangaroo Island about 12.30pm on Monday 31 December.  The police helicopter (PolAir) was sent to investigate, along with two commercial fishing vessels operating nearby.

On 10 June 2010, 'Wild Eyes' was dismasted in rough seas halfway between the Western Australian coast and Africa in the Indian Ocean while 16-year-old American Abby Sunderland was attempting to become the youngest person to sail around the world solo.  A rescue was coordinated by the Australian Maritime Safety Authority and she was eventually rescued by a French commercial fishing vessel on 12 June.

Abby’s rescue cost an estimated $300,000, sparking controversy at taxpayers footing the bill. She abandoned plans for a second try.

Abby's rescue was the catalyst for the World Sailing Speed Record Council deciding to no longer recognise “age” records for sailing solo around the world. The fear was that attempts would be made by younger and younger children until eventually there was a fatality.