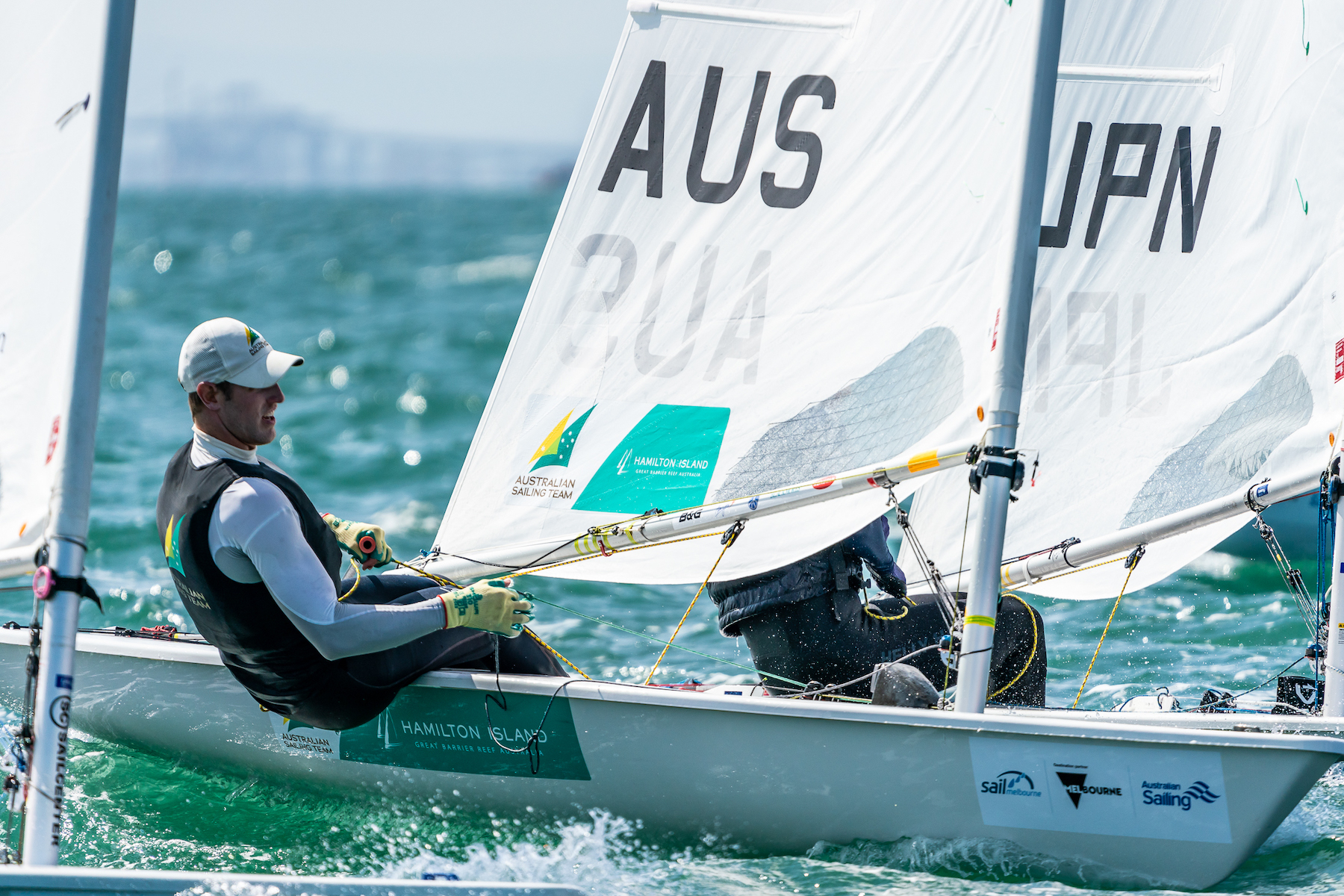 MELBOURNE, AUSTRALIA. FEB 10, 2020: Most champion sailors like a mixture of conditions at important regattas. If wind strengths vary from light through moderate to strong, then generally one of the best all-round sailors takes the title.

The leading contenders for the 2020 ILCA Laser Standard Men’s World Championship crown will therefore be happy with the forecast for the first three days of the event, which is being run out of Sandringham Yacht Club on Melbourne’s eastern shore.

According to the Seabreeze website, sailors can expect light winds for tomorrow’s first race, in the region of 6 to 8 knots. The breeze should build during the afternoon, but may not get over 10 knots for the second race.

On Wednesday the first race could again start in light conditions, but the pressure is due to build more quickly than on Tuesday, culminating in around 14 knots by 5pm.

Seabreeze says Thursday will deliver much stronger winds of just under 25 knots all day, which is on the right side of the ILCA wind strength guidelines.

There are five Olympic medallists and 15 sailors who have been ranked in World Sailing’s top three over the past decade.

Tom Burton (AUS) is the defending title holder and current Olympic champion and he has plenty to prove after being overlooked in favour of Matt Wearn for the country’s Tokyo 2020 spot. The battle between the pair will be the focus of attention for the locals.

The superstar of the fleet, however, is 47-year-old Brazilian Robert Scheidt, the 1996 and 2004 Olympic champion and 2000 silver medallist. Looking fit and determined, Scheidt is giving away 20 years to most of the fleet but can never be written off, especially in Melbourne conditions which can be difficult to read for all but the most experienced.

The silver medallist from London 2012, Pavlos Kontides (CYP) and his training partner Tonci Stipanovic (CRO) who took silver in Rio 2016, are both major threats, as is Rio bronze medallist Sam Meech who has yet to be confirmed as the New Zealand representative for Tokyo.

Another still chasing an Olympic spot is 2014 and 2015 World Champion Nick Thompson (GBR) who is under pressure from five other Brits at these championships.

In total, 124 boats from 43 countries will begin their campaigns tomorrow.

The World Championship will be the third of the Laser 2020 events to be held out of Sandringham already this year, following the Australian Championships and Sail Melbourne in January.

Race Director Peter Merritt says this has developed a strong race management team which he backs to deliver the sailors a fair result.

“Most of this team has been together for nearly two years and we’ve been training and preparing for these events. The sailors expect a high level of proficiency at World Championship level and I’m confident that’s what we will deliver.”

Sailors and race management had a warm-up today with a practice race scheduled for 2.30pm in strong winds of around 25 knots. As expected, most of the big guns chose to train rather than race and nothing can be read into the results.

Tomorrow the field will be split into three fleets for six qualifying races before another six races, weather permitting, of Gold, Silver and Bronze fleets.

Results can be found at http://sailingresults.net/?ID=80326.