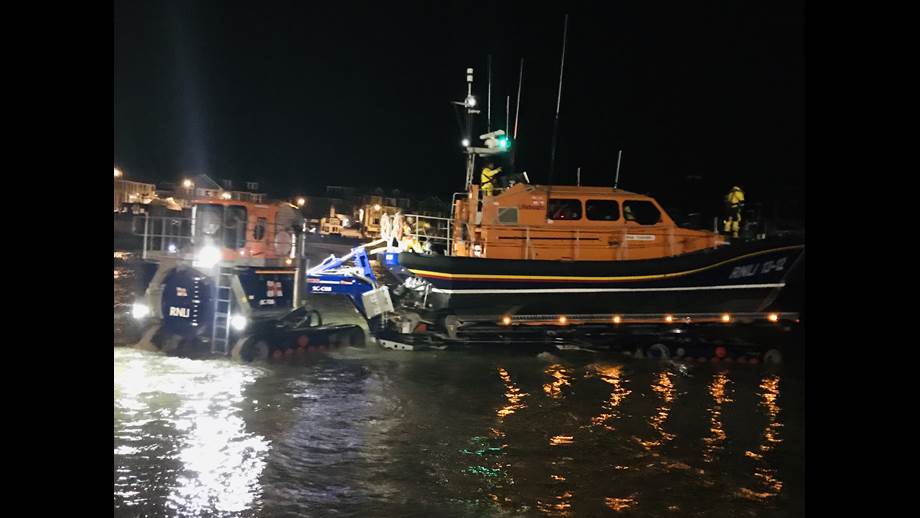 Falmouth coastguard received a radio mayday broadcast at 5.18am from the two people on board the 70ft yacht, reporting that the vessel was 21 nautical miles north of the Isles of Scilly and the on-board electrics and pump had failed due to the incoming water.

It meant that they could not stop the water flow, which continued to increase.

The crew, who were wearing life jackets, launched the life raft, climbed aboard and abandoned the yacht after sending their mayday message.

The coastguard search and rescue helicopter (R924) from Newquay and the St Ives RNLI all-weather lifeboat were sent to the rescue by Falmouth Coastguard. A nearby fishing vessel, Cornishman, had also heard the radio distress message and went to offer help.

The search and rescue helicopter from Newquay arrived at 6.15am and quickly spotted the two men in their life raft. They were winched into the aircraft and airlifted to the helicopter’s base at Newquay for medical checks and welfare support. Thankfully, neither of the two were injured and made same-day plans to get home.

Jon Wood, maritime operations specialist, Falmouth coastguard, said: “The crew took exactly the right course of action. Their immediate mayday call on VHF channel 16 enabled us to pinpoint their position and get help to them quickly. Wearing life jackets and deploying their life raft increased the likelihood of their survival as the yacht sank beneath them.

“We would like to acknowledge the prompt, professional response of the helicopter and lifeboat as well as the crew of the FV Cornishman in this fast-moving incident.”