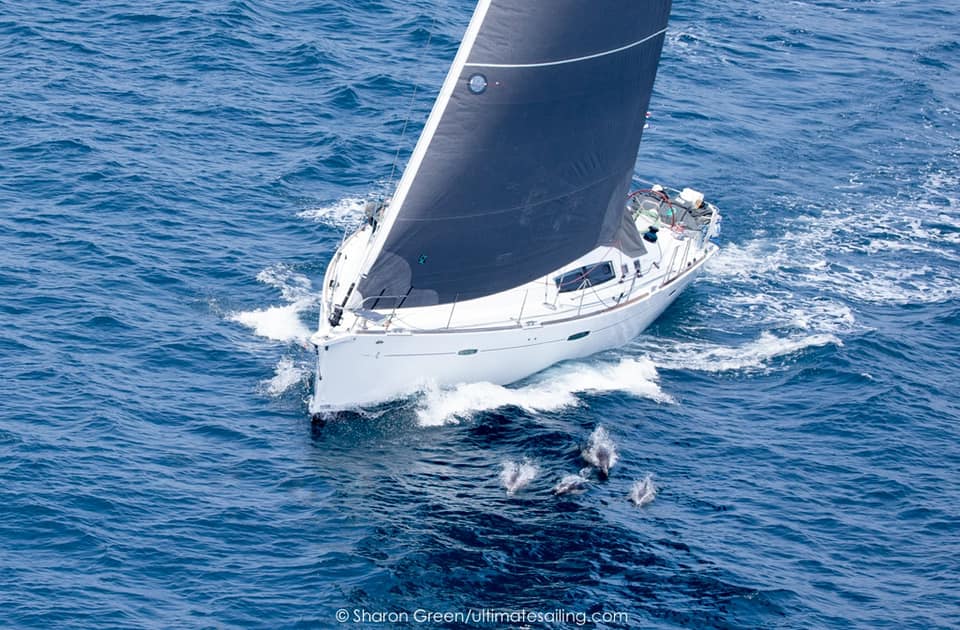 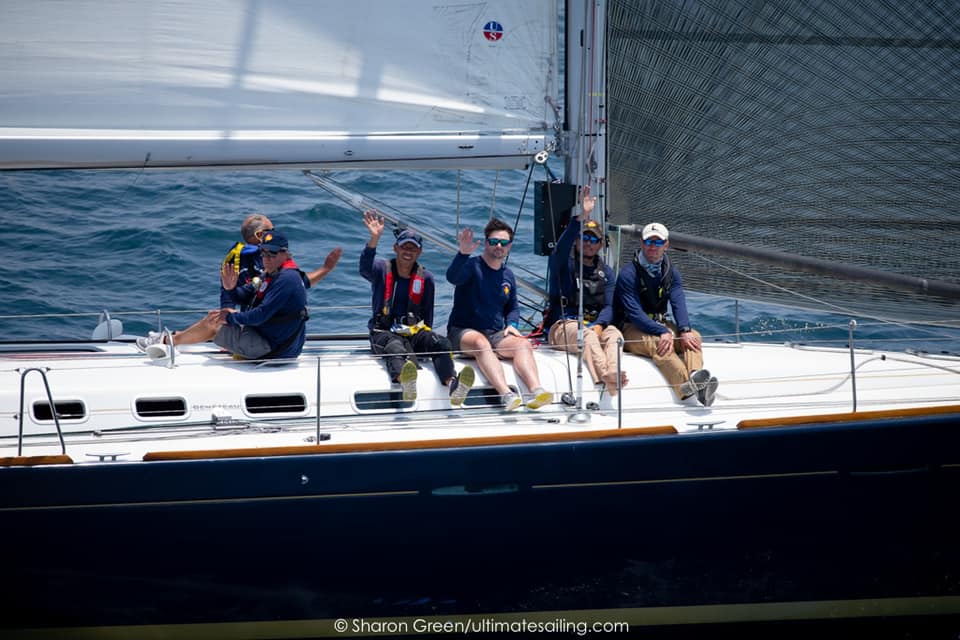 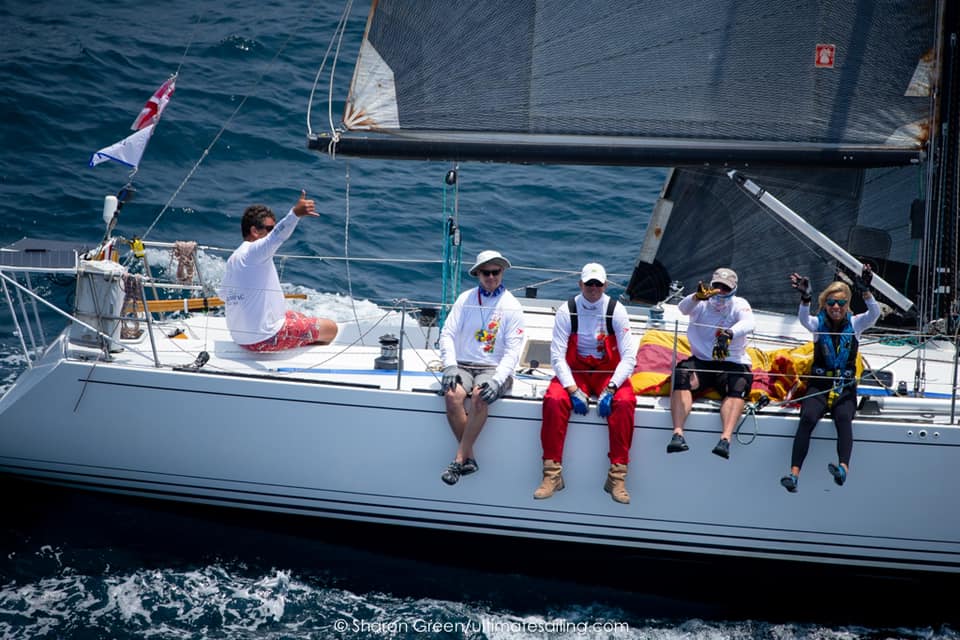 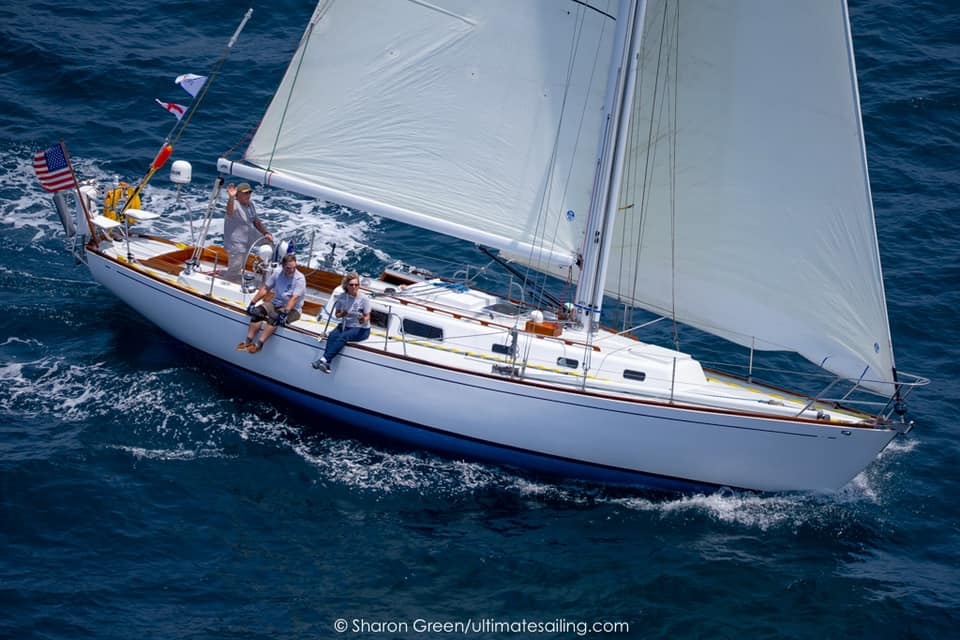 Los Angeles, California – After over a year of careful planning, tremendous uncertainty, yet dogged determination to run this race, the Transpacific Yacht Club today unleashed the first wave of entries on their long westward journey to Honolulu in the 51st running of the Transpac.

This biennial 2225-mile race from LA-Honolulu, first run in 1906, is an ocean racing classic. Seven entries ranging from 37 to 57 feet in length were on the start line today, set one mile south of San Pedro’s Point Fermin lighthouse. Weather conditions early this morning were uncertain, with local thunderstorms in the area, but this stabilised by midday to provide an 11-knot thermal westerly breeze. Even in this initial upwind leg towards the first of only two marks of the course – the West End of Catalina, 25 miles away – the fleet seemed to split with some opting to head north and others choosing to take the closer tack towards Catalina.

As explained at the virtual Skipper’s Briefing last Saturday afternoon by veteran NOAA weather forecaster Joe Sienkiewicz, the large scale position and shape of the North Pacific High seems to be setting up favourably for a good race. The split High is due to merge and strengthen the classic northeast trade winds that are a typical feature of the middle portion of the race track, while the normal coastal northerlies also seem to be in place to propel all the teams away from the coast quickly.

Mark Ashmore’s Cal 40 Nalu V was among the first starters today, and is riding a wave of enthusiasm coming off their overall win in the SoCal 300. He’s upbeat about the race, his first to Hawaii, especially considering what happened in the previous 50th edition of the race in 2019.

“We had a mysterious leak, or several leaks, that we were never able to pinpoint the source,” he said. “It was serious enough to have us pumping out the bilge four times a day. The conditions were rough, and we launched off a few waves, so it was difficult to track the source. At one point I was able to get my head into the bilge to see some water seeping in.”

At about 200 miles out the Nalu team decided it was better to head back to the coast than face this situation further out and with fewer option. There were among several entries to that year that had to drop out due to various problems.

This year Ashmore and his team of four are determined to finish what they started two years ago, cross the finish at Diamond Head, and have tons of fun on the way, “We may be one of the slowest boats on the course, but that means we just have more time to enjoy the race!” he said.

The Nalu V team is also sailing for a cause: a good friend and shipmate on the 2019 race, Mark Buttermann, had recently passed from ALS, and the team has dedicated their effort this year to his memory. They have set up a donation fund to fight ALS and within a few weeks have raised an impressive $14,000.

Today’s starters are the first of three waves, with the second group of 15 teams in three divisions starting at 1:00 PM PDT on Friday, July 16th at Point Fermin, while the final group of the fastest 19 boats in four divisions will start at the same time and place on Saturday, July 17th.

YB trackers are on board all entries, with positions indicated on the YB website at this link: https://yb.tl/transpac2021.