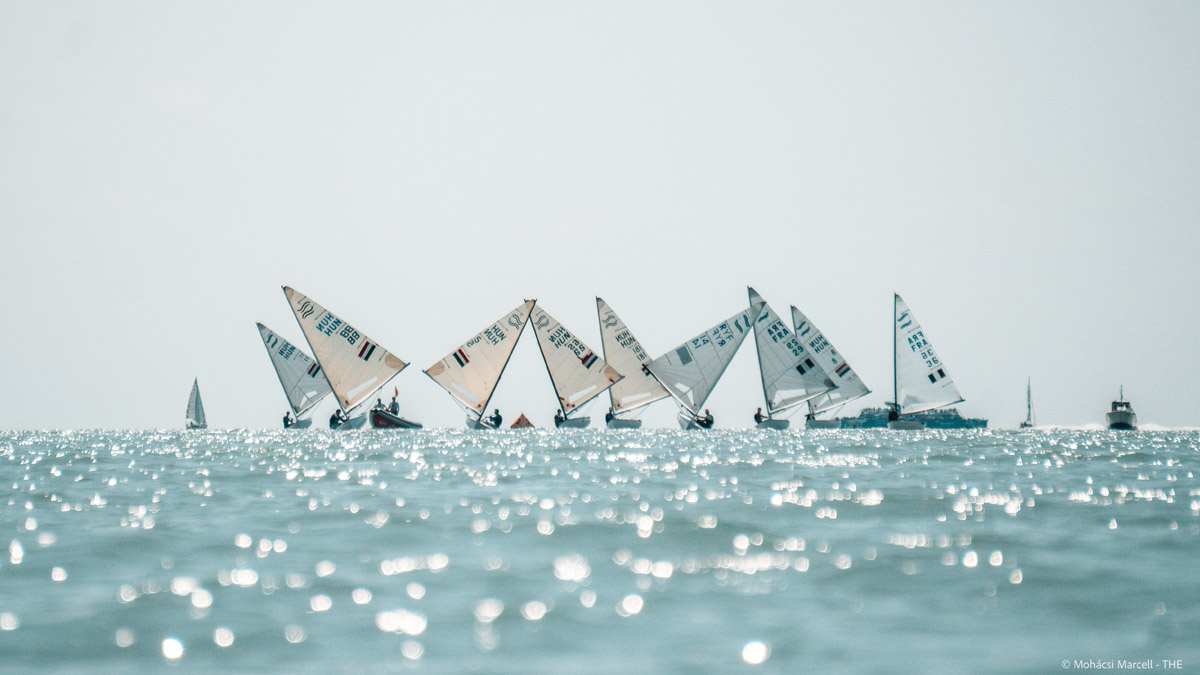 No races were sailed on day 3 of the U23 Finn World Championship for the Finn Silver Cup at Tihany on Lake Balaton due to a lack of wind, but fun was still had by the sailors who went for a swim in the lake.

So the results stand from Monday. There are two days left.

Andres Ivan Lloret Pérez, from near Alicante in Spain is in sixth place overall and has travelled the farthest to compete in this regatta. This is his last year as an U23, and it was a big trip to make it to Balaton.

“I like the Silver Cup because it’s a nice regatta and this year in Balaton, it’s a good place for racing. It’s generally light winds but it’s good and it’s nice place to come to.”

On his performance so far, he says he prefers the stronger winds because of his weight.

“In the first two races in light winds it was difficult for me but in the third race we had 20 knots and it was much  better. Yesterday it was light winds again and I had a good race because my weight is high.

“The organisation here is very nice, with nice people, and it’s a good temperature, so all is good.”

He recently became the new Spanish national class secretary. The Spanish class is one of the largest associations and has been growing considerably in recent years, with a lot of racing coming up this year.

“People in Spain asked me to become secretary, so I agreed. I like the Finn. I think it’s a nice boat that anyone can sail. Next we are going to celebrate the National Championship in El Campello, near Alicante.”