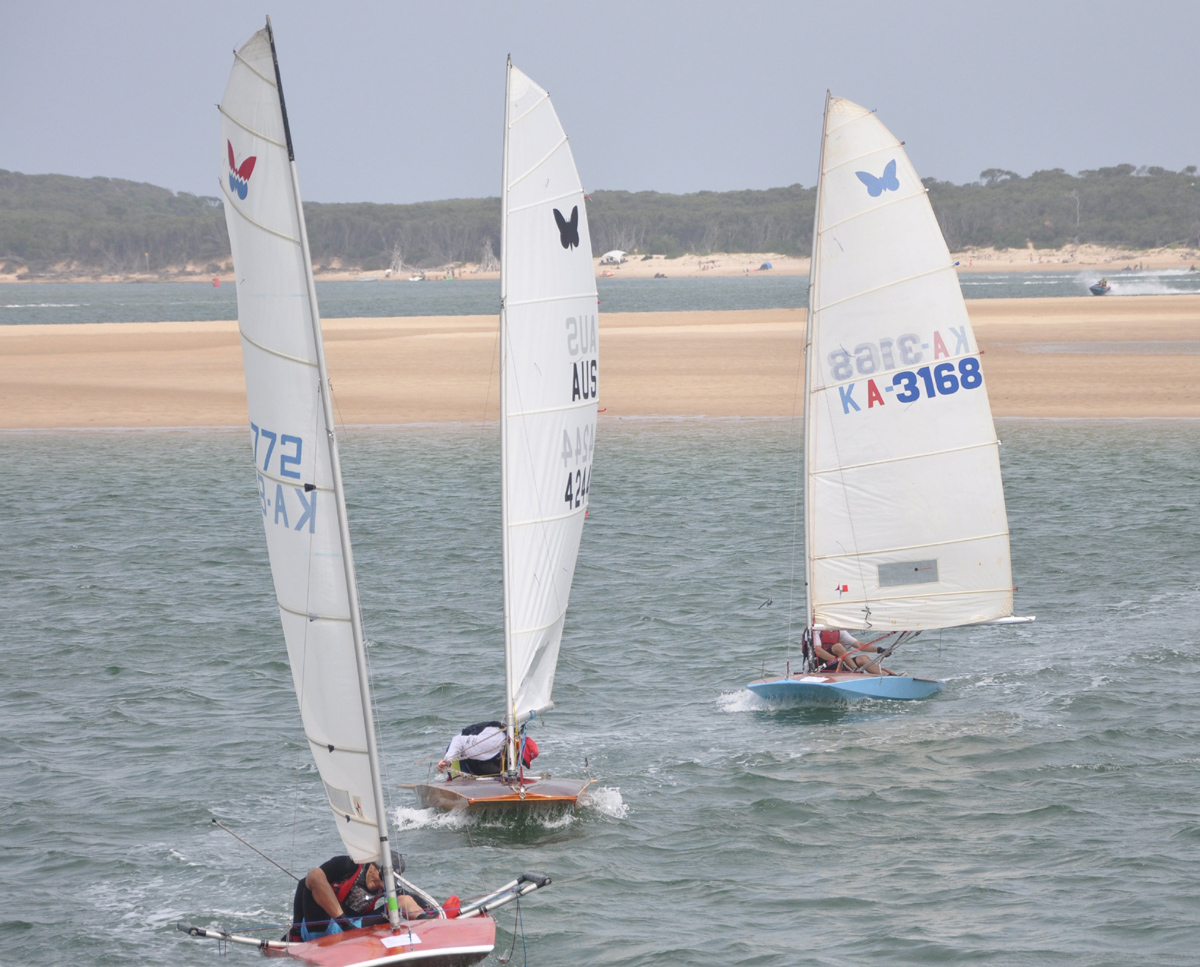 The South Gippsland Yacht Club held its Inverloch Classic Wooden Dinghy Regatta over the Australia Day weekend 26 to 28 January.  This is the fifth year in a row for the regatta which is restricted to wooden dinghies.  Each year the regatta has grown starting out with around 30 boats in 2014 with the recent regatta receiving 68 boats.  Sailors from around Victoria, NSW, SA and Tasmania bring their recently restored or new build wooden dinghies to the regatta many of which have been sitting in garages and sheds that would otherwise have no purpose or future.

The 2018 event also celebrated 90 years since Len Morris Launched his ‘Inverloch 11 footer’ in Inverloch which was later to become the Moth and then International Moth so a Cavalcade of Moths, which included Moths of all designs and construction, was run in conjunction with the classic wooden dinghy regatta.

Over the weekend warm weather and light winds in the mornings prevented some of the sailing activities from taking place.  However when the afternoon sea breeze came in the conditions for sailing were ideal.  The invitation race on the first day, was sailed in 12 – 15 knots which made for great viewing from the shore as the foiling Moths darted amongst the more traditional Moths and other boats.  The following days provided similar sailing conditions.  The foiling scow Moths sailed over the three days and demonstrated their ability to sail in a wide range of conditions.

Each year there are additional dinghy classes and boats added to the regatta with over 125 different boats participating over the five years since the regatta commenced.