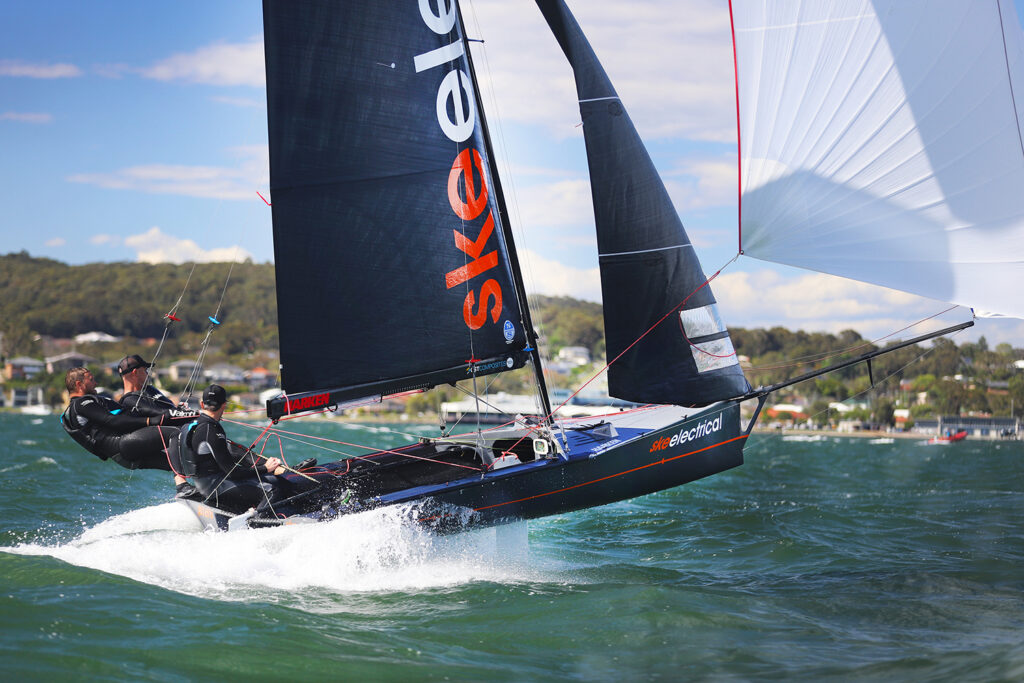 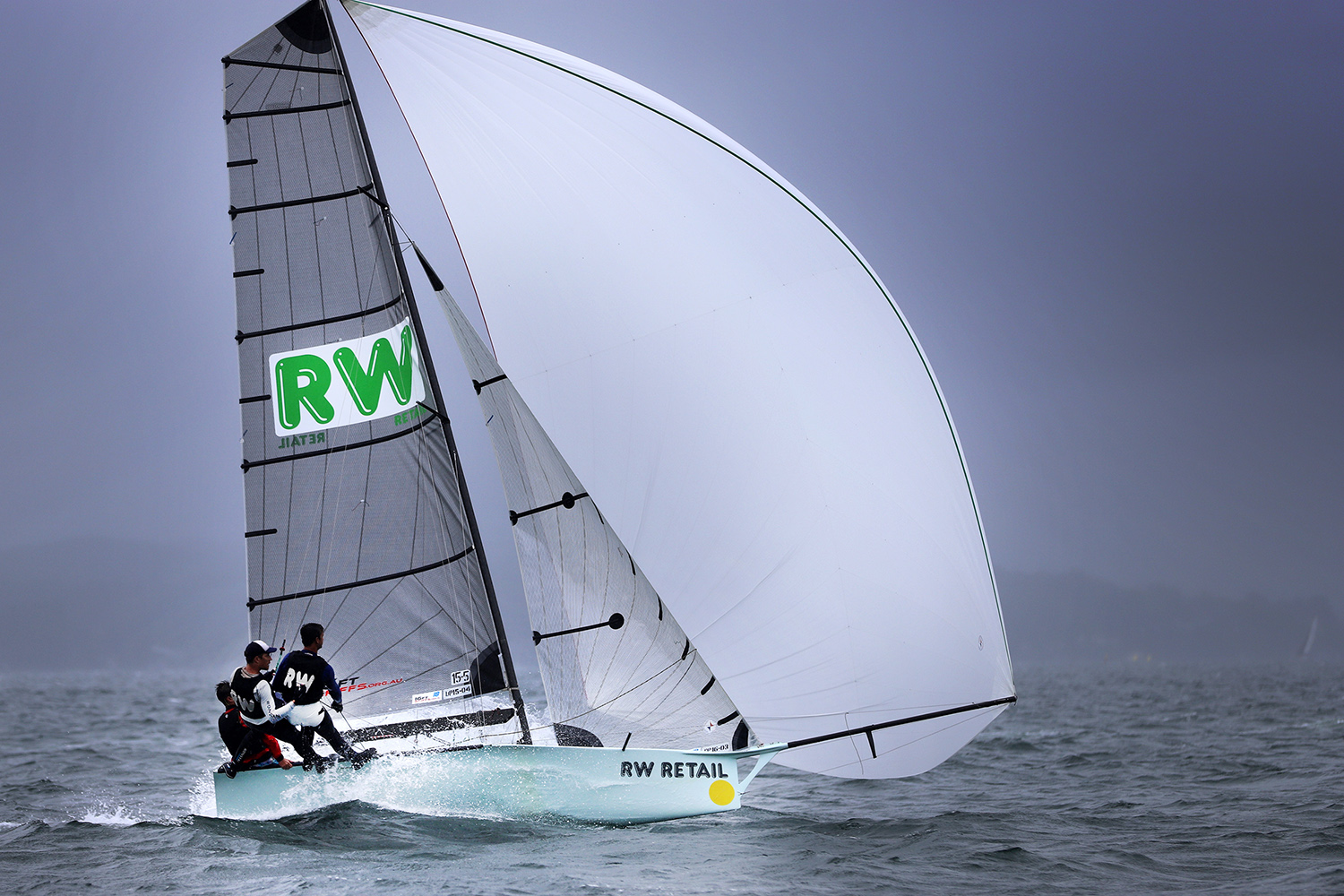 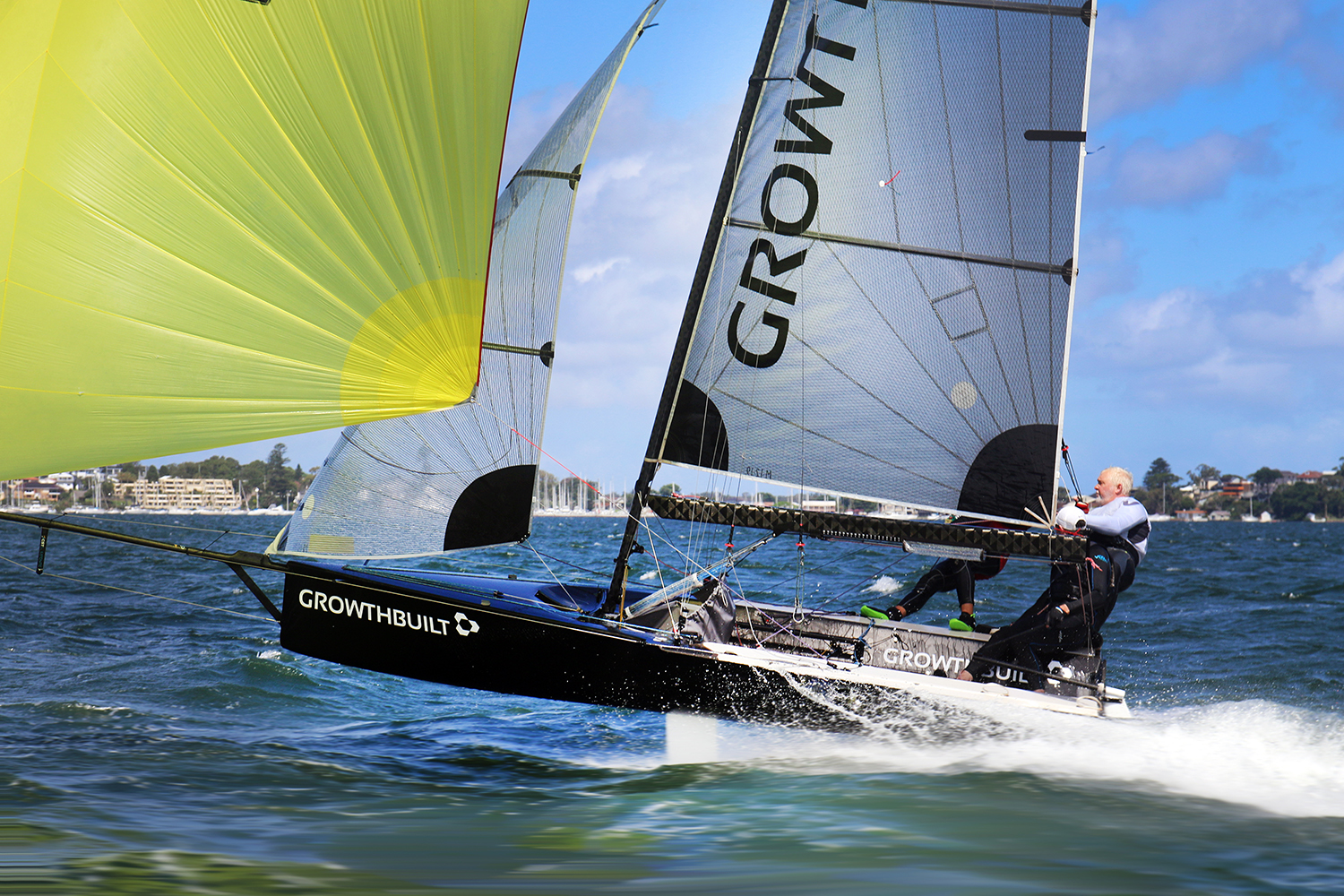 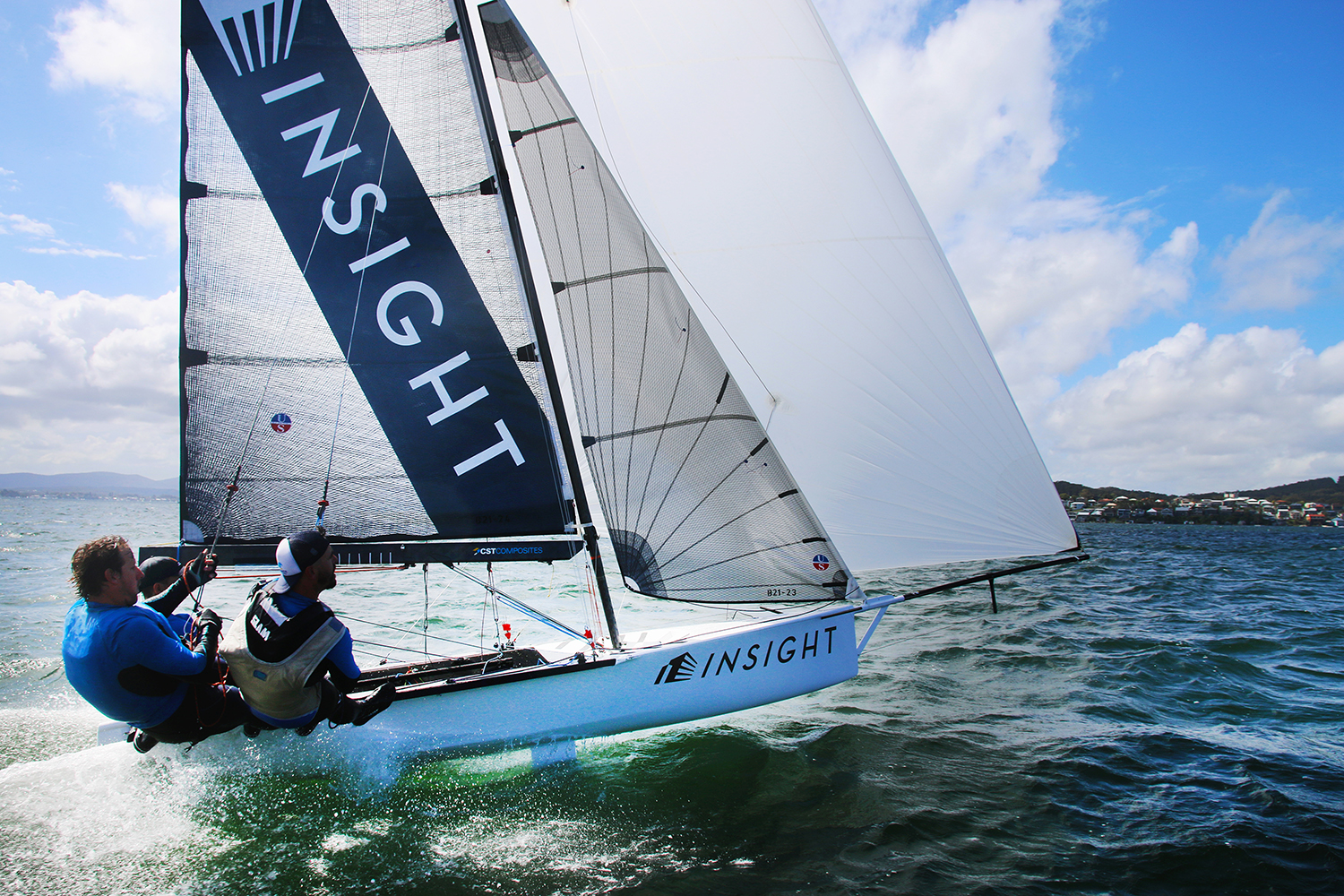 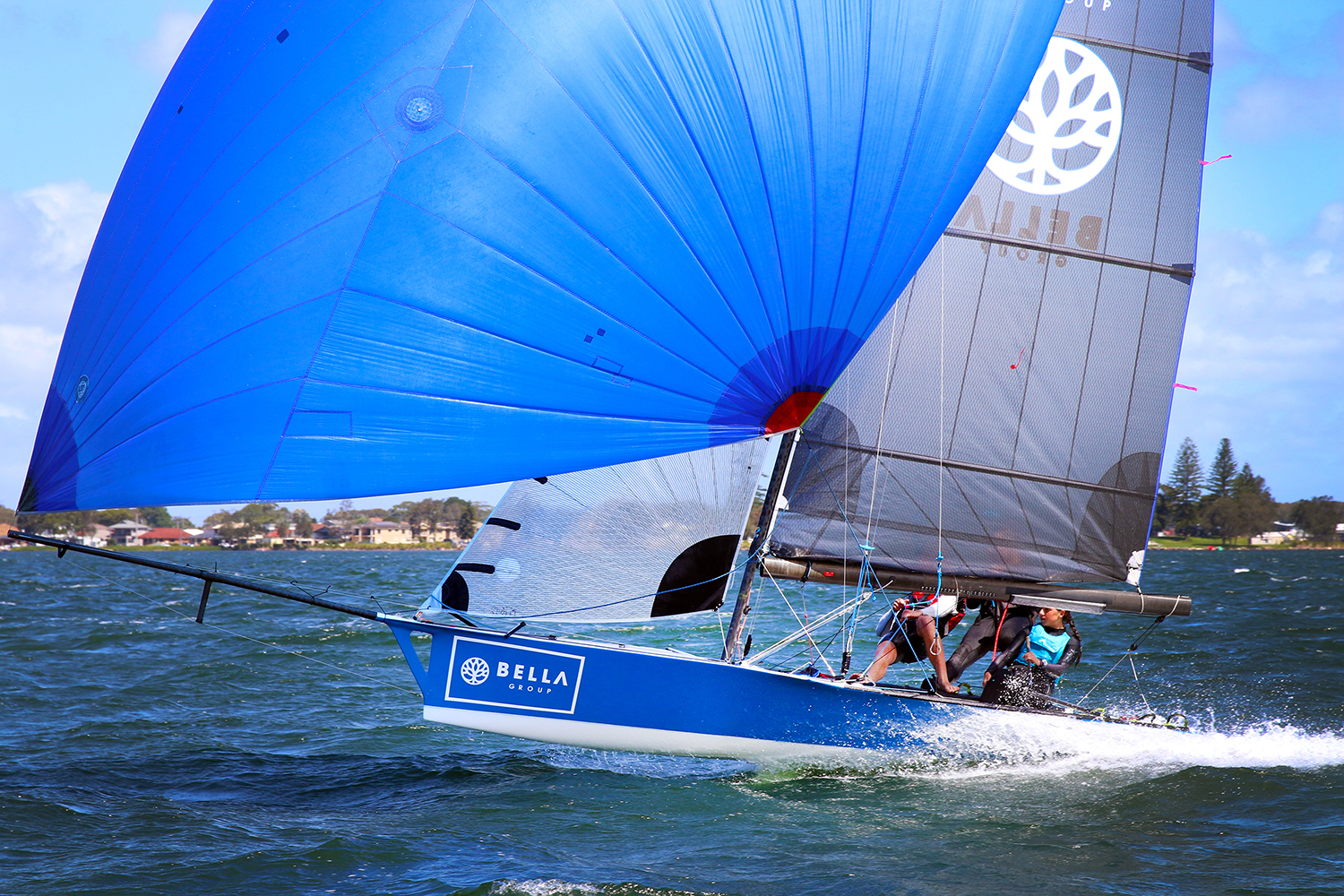 An elite fleet of 45 boats is set to contest the 2021-2022 Red Pumps Australian 16ft Skiff Championships at Belmont, Lake Macquarie, from January 2-8, following the close of entries yesterday.

A further nine boats have nominated for the accompanying 13ft skiff titles.

On the weight of numbers, it’s shaping up to be city vs country stoush between the powerhouse Manly and Belmont clubs, whose on-water rivalry runs as long and deep as those of their 1997 NRL Grand Final counterparts, the Sea Eagles and Knights.

The plucky Queenslanders are largely staying clear this year because of COVID-related uncertainty, with only two of a predicted six skiffs now venturing south of the Tweed – BGN from Brisbane, with Sarah Thorburn on the tiller, and Carlton Smith’s RW Retail from Darling Point Sailing Squadron.

Belmont 16s Commodore James Griffiths says the interclub competition adds some good-natured spice, with Manly having boasted some of the sport’s legendary surnames over past decades, including Treharne, Barnabas, Wilmot and Hyde.

“Manly dominated the results for a number of years and I guess we perceived them to be reasonably well-heeled, whereas the Belmont fleet comprises your tradies and miners who grafted a performance,” Griffiths explains.

That said, Belmont is hardly a poor cousin in terms of size, with almost 50,000 social members supporting the sailing activity, nor in its esteemed history.

“We’re entering our club’s 100th anniversary of sailing in 2022, so we’re thrilled to be able to continue the history and tradition with such strong fleets,” Griffiths adds. “And we’re delighted to host the Red Pumps national titles in this important year. There’s a real air of enthusiasm surrounding the club.”

Belmont’s River Wild and Newcastle Financial Planning Group (NFPG) claimed the quinella in the last nationals, a light-air affair held at Gosford. Manly then hit back in last month’s heavy-wind NSW titles via IMEI and Moonen Yachts, with Contender Sailcloth taking the final podium step for the Lake club.

Any thoughts of a home-ground advantage were erased in a recent Belmont club championship race where Manly’s Growthbuilt gate-crashed the party and won handsomely. Aboard were Nathan Wilmot and Malcolm Page, the most successful 470 class competitors in history, along with Lake legend and former Australian champion Brett Davis.

Insight Building Services played tug-of-war with the Sydney crew while gradually gapping their own fleet. In fact, ‘insight’ was the key word for skipper Rod Carter and crew Adam Gilson and Andrew Stone, who gained a valuable lesson in driving their skiff to its limits.

Rod Carter: “We can go into the nationals with a bit of confidence. The boat is certainly going quick and we’re sailing really well, but this will be an all-new ball game. Any one of about 10 boats can win, but we’ll give it a shake if we can string together a consistent series.”

Australian Moth champion Scott Babbage, who was also part of the Gotta Love It 7 18-Foot skiff crew, is helming the SKE Electrical skiff this season with sailmaker Scott Beeby on sheet and Joel Skelton on the bow. They’re the only crew to take a club championship race off Insight this season and remain a dark horse with impeccable DNA for the Australian title.

“We haven’t been starting overly well, but if we can get off the line with clear air we can be pretty quick at times,” Babbage says, modestly. “We’ve found a good mode with the big rig and it helps to have two big guys on the trap.”

Elsewhere in the fleet are a smattering of the old and new – Steven Chapman on One Too Many and Pepsi Max’s Ross Stutchbury in the former category as skippers – and 13ft Skiff graduate Will Divola in the latter. Bella Group’s Georgia Steenson, 17, is the youngest female skipper and she will be competing against her older brother Thomas and uncle Michael Quirk on Domino’s.

Family connections like this abound in the class. STA Building from Gosford, for example, is entirely crewed by the Akhurst clan, Steve, Troy and Will, and a number of boats have sibling or parent/child combinations.

Registration and measurement for the 2021-2022 Red Pumps Australian 16ft Skiff Championships will be held on January 1, racing to start the following day and run until Saturday, January 8. COVID-safe plans are in place for the event.