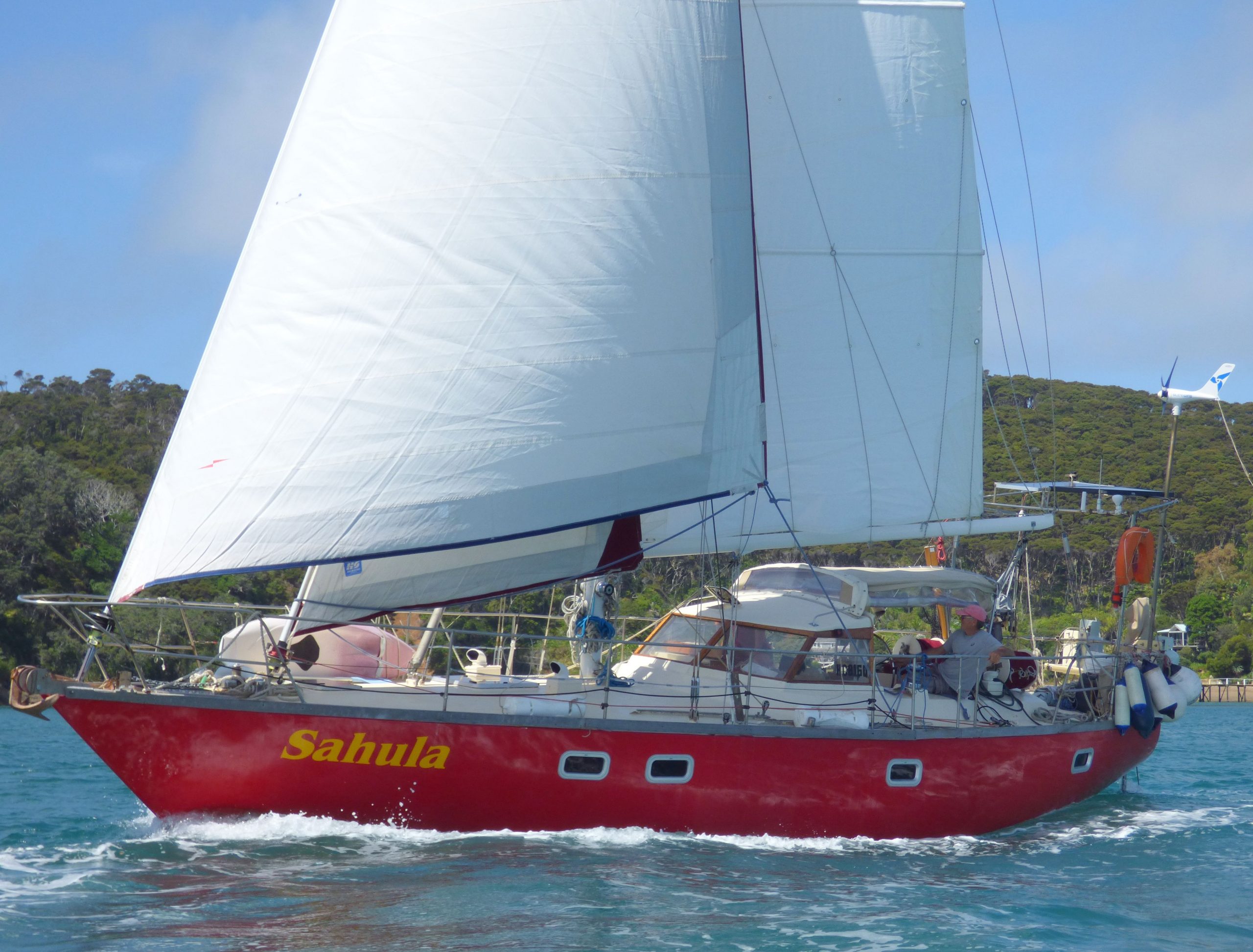 “Becoming the first Australian yachtsman to sail up the Danube and cross central Europe by river wasn’t part of my original plan,” stated David Haigh who will sail into Townsville on board his 12 metre (40 foot) steel Van De Stadt designed sloop Sahula on Friday.

“I set sail in January 2008 with my only goal being to spend a few years visiting world heritage sites.”

His few years extended to encompass an eleven year circumnavigation via 52 countries and from the Arctic Circle islands in Norway to Patagonia and Antarctica. The voyage let David observe more than a dozen world heritage sites first hand.

But it was his foray north from Turkey and the Black Sea then up the Danube River that was the highlight of his adventure. “Romania, Bulgaria, Hungary, Austria, over the Alps down the Rhine through Germany to Holland: it was amazing to be able to take my floating home with me as I explored and came to know the people who shared the river with me.”

During his almost 20 years at James Cook University Law School, David not only lectured on Environmental law but lead the campaign to stop the proposed wholesale and uncontrolled development of Hinchinbrook Island. He was instrumental in formulating the framework which gave World Heritage sites true protection under law. His other environmental work included encouraging leaders in the coal mining industry to move towards environmentally sustainable practices.

David’s decision to save towards buying a yacht definitely was influenced by growing up in Ayr where he learned to sail on a 3.7m (12') dinghy with his brother Ian. (Ian still lives near Ayr where he farms sugar cane.) “The two of us had a great time racing that boat. And I loved heading off on excursions to the nearby islands.”

At age 17 David joined the British Merchant Navy. For five years he wondered the oceans of the world as a cadet then deck officer before returning to Australia to study law at the University of Queensland. Though he went on to become a solicitor and barrister and eventually spent five years clerking for Gibbs J., of the High Court, it was when he was asked to join the faculty at JCU that he finally felt truly at home.

When his three daughters set off on their own adventures, David’s earlier wanderlust sent him off on a hunt for the right sailing yacht, one he could afford and handle on his own.

Unlike the majority of single people who set off on voyages, David has never crossed on ocean on his own. Instead, by using Facebook or visiting Youth Hostels in various countries, he found crew who often stayed on board for two or three months at a time. “One of the best things about this trip is the amazing variety of young people who joined me,” David explained. “Dutch, German, Danish, British, Australian: some were friends of my daughters, others were complete strangers. Out of more than two dozen crew I only had one I didn’t enjoy and keep in touch with.”

When asked what the hardest part of his journey was, it was not storms nor piracy that concerned David. “Maintaining the boat and ensuring the sails, engine and gear are in good condition, that is the hard part. I definitely am not an electrician, something which has often lead to frustration,” David explained.

At age 71, he is looking forward to spending time with friends and family including his first grandchild who are in Townsville for Sahula’s arrival. As his daughter Nicola says, “We just had to fly here so we could welcome the red tin can home.” But David will no longer be looking for crew as, during his circumnavigation of New Zealand in early 2018, he met a fellow voyager who had just sold her own cruising boat. Together they plan to venture southward along the Queensland and NSW and Tasmanian coast and eventually sail to New Zealand in time for the America’s Cup regatta.