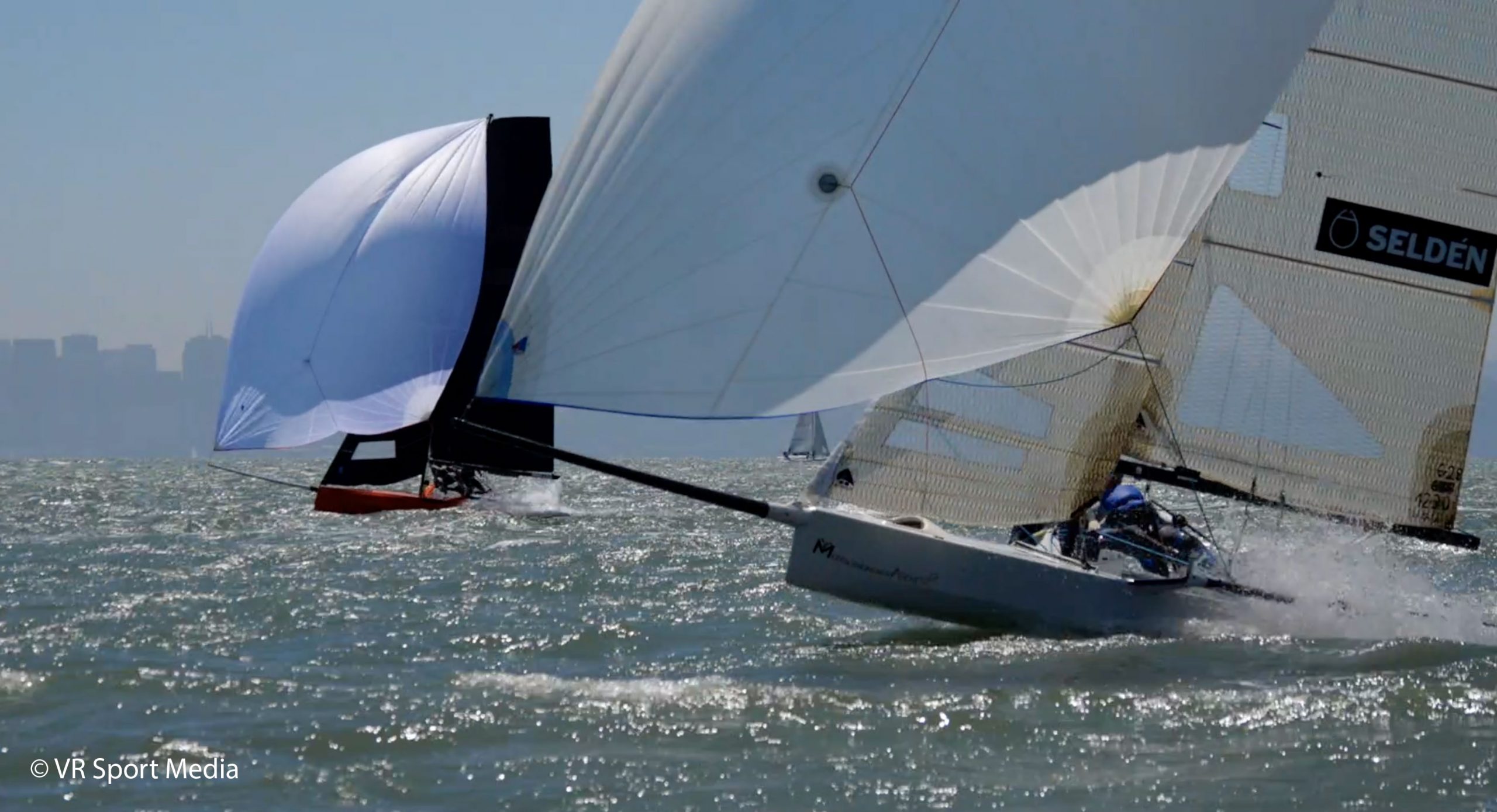 After yesterday's Practice Race, the main course began at Richmond Yacht Club, USA and the British contingency is on a high after winning the Team Racing regatta which was the starter for the intrepid skiff sailors enjoying the San Francisco Bay.

Australia, USA and Germany joined the GBR team for the finals and ended with a conclusive 2-0 final against the old enemy AUS.

Race One and the Brits again dominated the front with father and son, Andy and Tom Partington, driving their International 14 skiff at sonic speed to take the win.

German duo, Georg Borkenstein and 'Big Eike' Dietrich came in third after piping, GBR 1556, Daniel Holman and Alex Knight who has led for most of the race but needed to complete a 720 after a tap with Neale and Ed following their decisive 'DGD' manouvre.