What could be more romantic than this Laser tale? Frank Bucek lashed his Laser to the deck of his keel boat and set off from RGYC to Fiji in search of adventure, and as it turned out, romance and love. 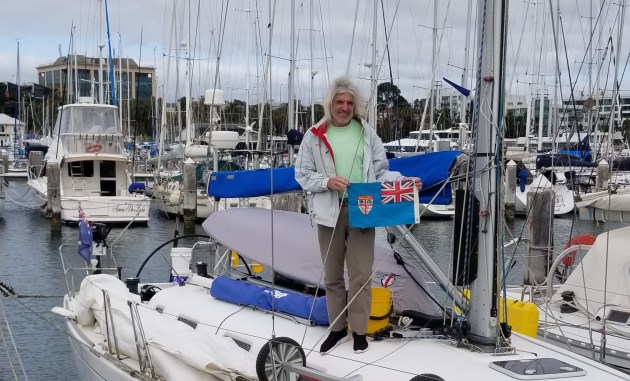 Frank Bucek, a long term VLA member, took advantage of the easing of restrictions in Regional Victoria when he married Gale Hawkins on his keel boat at Geelong last weekend. Frank and Gale met in Fiji sailing last year as part of Frank's sailing trip to Fiji, with Laser on his yacht for the Fiji Oceania Laser Masters regatta.
They wanted to have a big wedding this year, with Gayle's family from America and other places around the world to fly in. Allowable numbers were down to two but with the move to step 3 level of COVID restrictions they were able to have ten people at the wedding, which allowed some of Frank's family to attend.
Frank said that having the wedding ceremony on the yacht he was on when he met Gale, in its mooring at Royal Geelong Yacht Club, was the ideal place to have the wedding. His two elder sons and their wives were to join them on a friend's yacht next to it.
- Victorian Laser Association
comments powered by Disqus