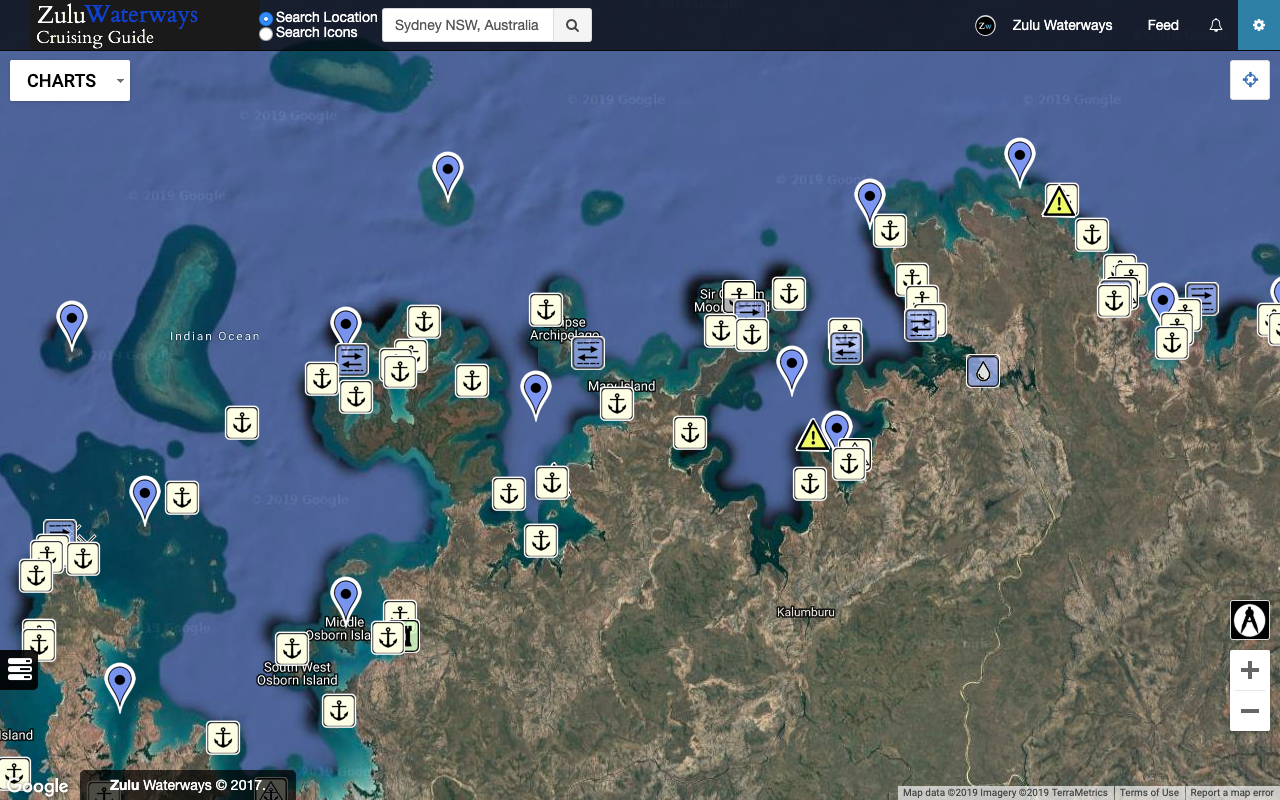 Ever since its launch a couple of years ago I’ve been following the progress of Zulu Waterways. For those who haven’t heard of Zulu, it’s an app and website cruising guide that shows the location of everything from anchorages and marinas to everyday necessities like the location of laundromats and rubbish bins.

It was developed by a local sailing couple with the idea that the Australia boating community needed a modern digital cruising guide incorporating the combined knowledge of the community as a whole. It is a similar concept to Wikipedia in that users can edit and comment on the content, although unlike Wikipedia’s web page format, the Zulu Waterways information is displayed on an interactive map with satellite imagery and charts.

So, a couple years down the track and how’s it going? Well there is A LOT of useful information all around the country, especially the east coast. Entries range from anchorages and public moorings to boat ramps to marine rescue contact info. There’s information on bridge heights and marina prices and where to land your dinghy. There are even entries on dog friendly beaches, local wildlife and walking tracks. You can see that the community has been contributing information that is important to them.

The best thing about Zulu is the anchorage information. There are THOUSANDS of anchorages entered around the country from exposed reef anchorages to cyclone protected ones, and many in places that you would be hard pressed to know about otherwise. That this is largely uploaded by the community makes it particularly impressive. All in all, the Zulu Waterways data is well organised and democratic in that anyone can flag, edit or comment on any information. As it’s all on an interactive map it is very easy to browse.

Talking about the map, a big leap forward has been the addition of world wide Navionics charts. These are completely free to use – you don’t even have to register. Being able to view the Zulu Waterways information alongside a choice of Navionics charts, Navionics Sonar Charts, Google maps or satellite maps is very useful indeed. They’ve also added a measuring tool to plot distances between locations, something that’s very helpful during the planning process.

So what would I love to see for the future of Zulu Waterways? Well data for certain locations is still rather light – areas such as Tasmania, WA and Darwin could certainly do with more community input. However other areas such as the East coast already rival traditional printed guides for content.

Also, currently the information is only available online. This limits its usefulness when in far flung destinations without mobile reception. When I asked the developers about this they had this to say: “Offline mode has always been the plan for Zulu Waterways, therefor the next phase for Zulu will be to either develop our own offline app or to integrate the Zulu Waterways information with different mobile chartplotters and third party apps. This will make the information available offline alongside other important charting information”

All in all it’s very impressive. It appears that the boating community has decided to get behind this Australian resource. The content is growing. The map interface is great. And it’s completely free. I expect to see Zulu Waterways continue to grow and thrive.