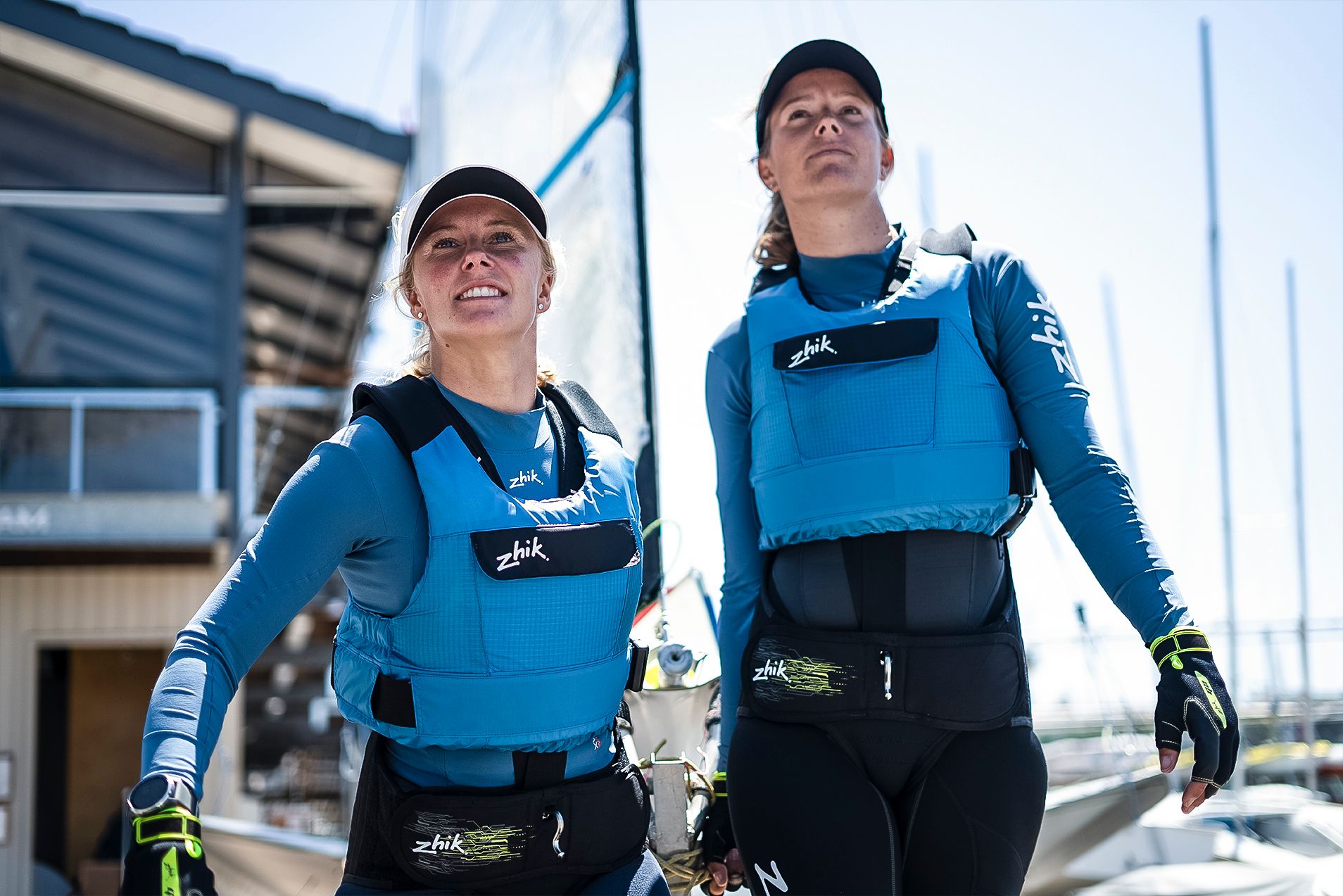 Sailors and their superstitions – the list is never-ending; no bananas on board, a green boat is bad luck – and beware of the consequences if you change a boat’s name.

But what about clothing and equipment? Can that make the difference between first and second place?

Piet Poelmann, CEO of the sailing and water sports brand Zhik (rhymes with bike), thinks so.  He says that clothing can make all the difference when it comes to a win or a loss.

On June 29, the Australian-born brand was announced as an Official Supplier to the Australian Olympic Team for the Tokyo Olympics (July 23 – August 8). The Australian Sailing Team and three other nations (New Zealand, Singapore and Denmark) will be ‘repping’ Zhik gear as they take to the water in Japan.

“I am convinced that we can help them win Gold,” Poelmann said. “Call it superstition or call it mantra, but everyone is thinking about the gear because that is where it starts.

“If you go to a race with the best gear ever, mentally you tell yourself that you have got the best chance to win. I really think we build the best gear for what they (the Olympians) are going to do.”

Poelmann has a deep belief in the brand established by Australian, Brian Connolly, in 2003. Zhik has since grown to become a recognised and respected brand, with the simple bold logo splashed across everything from T-shirts to boots to PFDs.

And that is how Poelmann himself was first introduced to Zhik.

Poelmann, a native to the Netherlands who moved to Sydney’s Northern Beaches as an adult, was five when his father encouraged him to sail in the well-known Optimist class. He progressed to Lasers, and later embraced yacht sailing.

However, work and family commitments led to less sailing.

Poelmann said, “I sometimes used to race out in the middle of Pittwater on a boat, pick a buoy and watch boats go by. An hour is enough to get my fix. Then, many years ago, I saw lots of Zhik stickers appearing. I wondered, ‘What is Zhik?’ It was only when I looked things up online I was like, ‘Wow that’s cool.’ From then I was hooked.”

The rest, as they say, is history. Poelmann became Zhik’s CEO in 2018 and has worked on “building the brand” ever since.

Zhik’s Olympic appointment is a huge boost for the company. It has provided clothing and gear for the Olympic Games since 2004, but Zhik has never been labelled an Official Supplier – until now.

“We’ve had a good relationship with them (Australian Sailing) for many years and we just negotiated another term,” Poelmann said. “And we were very happy to hear that in that negotiation it was possible to get access to the Olympic Team. So Australian Sailing along with the Australian Olympic Committee (AOC)  made our dream come true.”

Zhik hopes to play a role in making the dreams of Aussie sailors come true. They will don a range of Zhik gear, depending on the class they sail in.

Poelmann said Zhik was the main supplier of wetsuits and boots designed in Sydney by designers who have examined every aspect of conditions the sailors will face in Tokyo.

“It is clearly the lightest gear; that makes people really manoeuvrable and flexible while on the boat since Japan is so incredibly hot.

Due to the Covid-19 pandemic, the Tokyo 2020 Olympics looked an unrealistic prospect for most of last year, and even this year.

“In our business, we need to make commitments many, many years ahead and so design processes start years before we can commercialise a product,” Poelmann said.

“In March last year we said ‘let’s not panic’. So we went on as hard as we could so that we could provide new developments for the future.”

Some of these new, almost futuristic, developments from Zhik will include cut-proof wetsuits.

Poelmann applauds the brand’s sense of innovation, “We are not sitting down and going, ‘It will be nice to have a new colour in a new wetsuit range’. Instead we are  trying to solve the problem of getting the guys and girls out on the water safer.”

In addition to new dinghy innovations, in recent years Zhik has jumped head-first into the yachting range, cementing its name as a yachting brand in addition to its dinghy gear.

In May, it was announced that Zhik would be the Technical Clothing Partner for AkzoNobel Ocean Racing for The Ocean Race Europe 2021. AkzoNobel was skippered by Australian, Chris Nicholson, and finished third overall.

Zhik also promoted eco-wear, long before it was a ‘thing’. And it has made an effort to minimise plastic packaging and around three years ago launched a Neoprene-free wetsuit.

“We call ourselves ‘made for water’ (Zhik’s slogan) – water is our playground, so we are very conscious in what we do and of our footprint.”

Poelmann’s love for the sport is a contributing factor to the brand’s ongoing success. Although Poelmann doesn’t get out on the water much these days, he looks forward to a future where he can.

“I am certain I will, very soon. Once we get going with Zhik, once we have great success – that’s the next chapter.”

During the Olympics, Poelmann will be at his work desk with the double screens up, keeping an eye on the sailing.

“I’ll be cheering from a distance,” he said.

To check out the Olympic apparel, see: https://www.zhik.com/featured/shoptheolympiclook.html