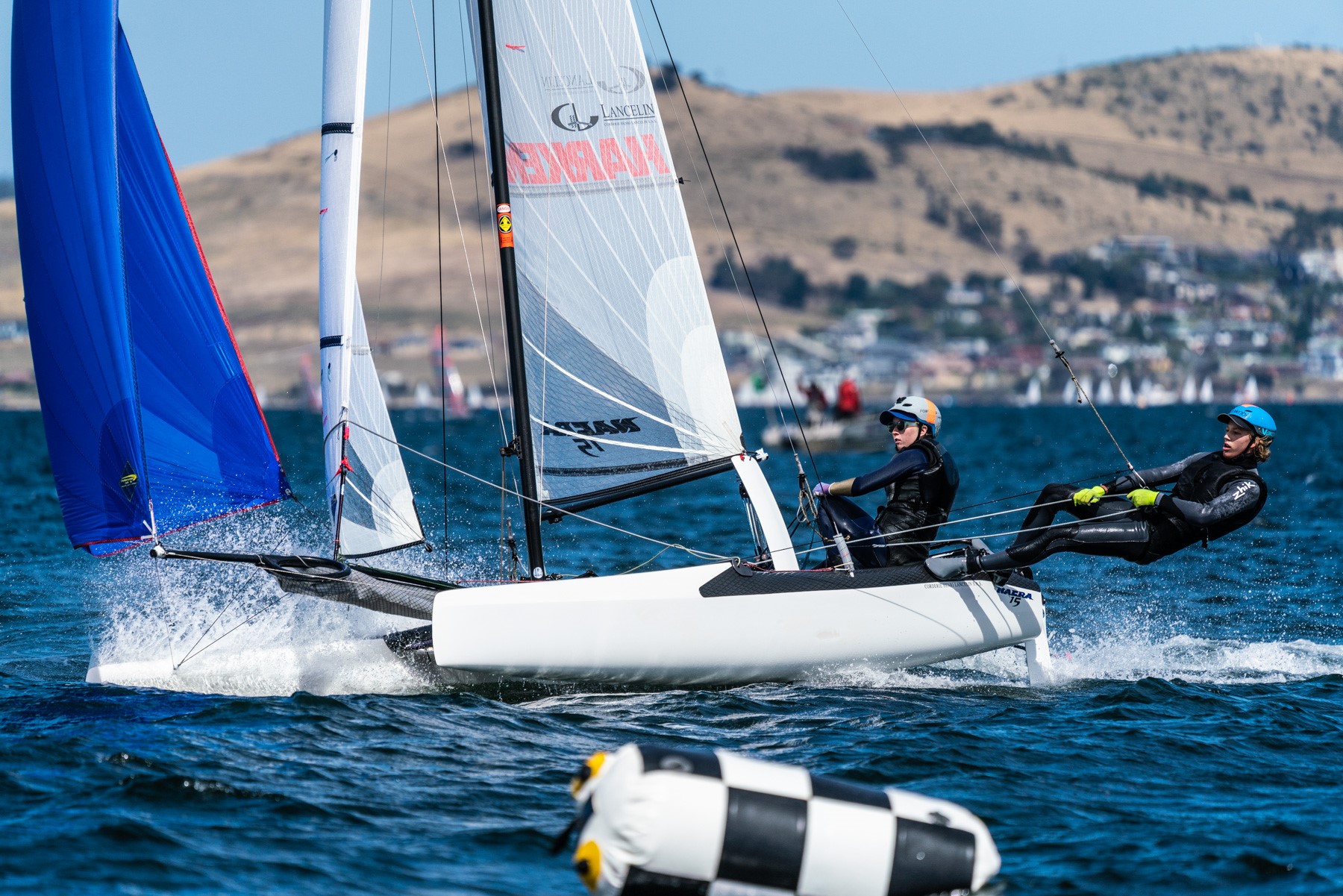 Hobart’s River Derwent again turned on a brisk to strong breeze to challenge young sailors contesting day two of the Australian Sailing Youth Championships, a huge event supported by the Australian Maritime College and conducted by the Royal Yacht Club of Tasmania.

Sailors from NSW and Western Australia continued to dominate the overall standings in six of the seven classes for boys and girls.

Once again, the Derwent turned a brisk sou' wester that enabled most classes complete three or four races today.

Australia’s most important regatta for Australian youth sailors, along with international competitors, has attracted a fleet of 161 boats from all states, along with entries from New Zealand, Singapore and Japan.

After two days, the leaders generally remain unchanged except in the 29er skiffs where Lachlan Brewer and Flynn Twomey have displaced Australian champions Archie Cropley and Max Paul from the top of the leaderboard.

Tasmanian sailors continue to be strong contenders for podium places in the 29ers, with four Tasmanian crews are in the leading ten places in the 32-boat fleet, three of them gaining top-three finishes today.

Oscar O’Donoghue and Rupert Hamilton from Sandy Bay Sailing Club starting the day with a second place, continuing with an impressive 10-5-6 to retain fourth overall.

In the Laser Radials, World champion Zac Littlewood had a slight zilch in race four, finishing third but was back in the winner’s list in race five, giving him four wins from five races.

Heading the Laser 4.7 leader board is Daniel Costandi (NSW) on a net 9 points well clear of the leading girl competitor, Brooke Wilson (NSW), and Jonathan Lio (Singapore), who had two wins today.

In the 420s, Ryan Littlechild and Jack Ferguson (NSW) hold a narrow lead from New Zealanders Seb Menzies and Blake McGlashen who have won the last three of the five races sailed. The Australians are on 14 points net, the Kiwis on 16 points.