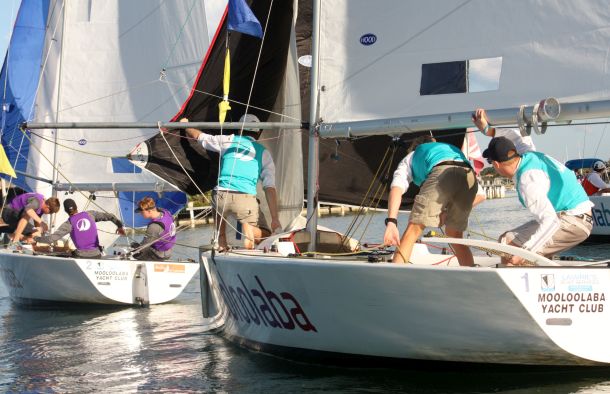 Racing will be on the Mooloolaba Yacht Club’s Elliot 6s on the river at Mooloolaba, in front of The Wharf complex. The weight limit for this event will be 262.5kg for the three or four person crew.

The Australian Match Racing Association has advised that the results of this championship may be used by Yachting Australia as the basis of selection of sailors to future events.

The Chief Umpire will be John Middleton. His team will include Andrew Baglin and Neville Willis. The race management team will be under the control of Mooloolaba Yacht Club’s Warren Myles.

An application has been made to Yachting Australia to use the Test Rules.

An ISAF Event Grading application has been lodged for Grade 4, but this application will be upgraded to Grade 3 once the national championship has been completed.