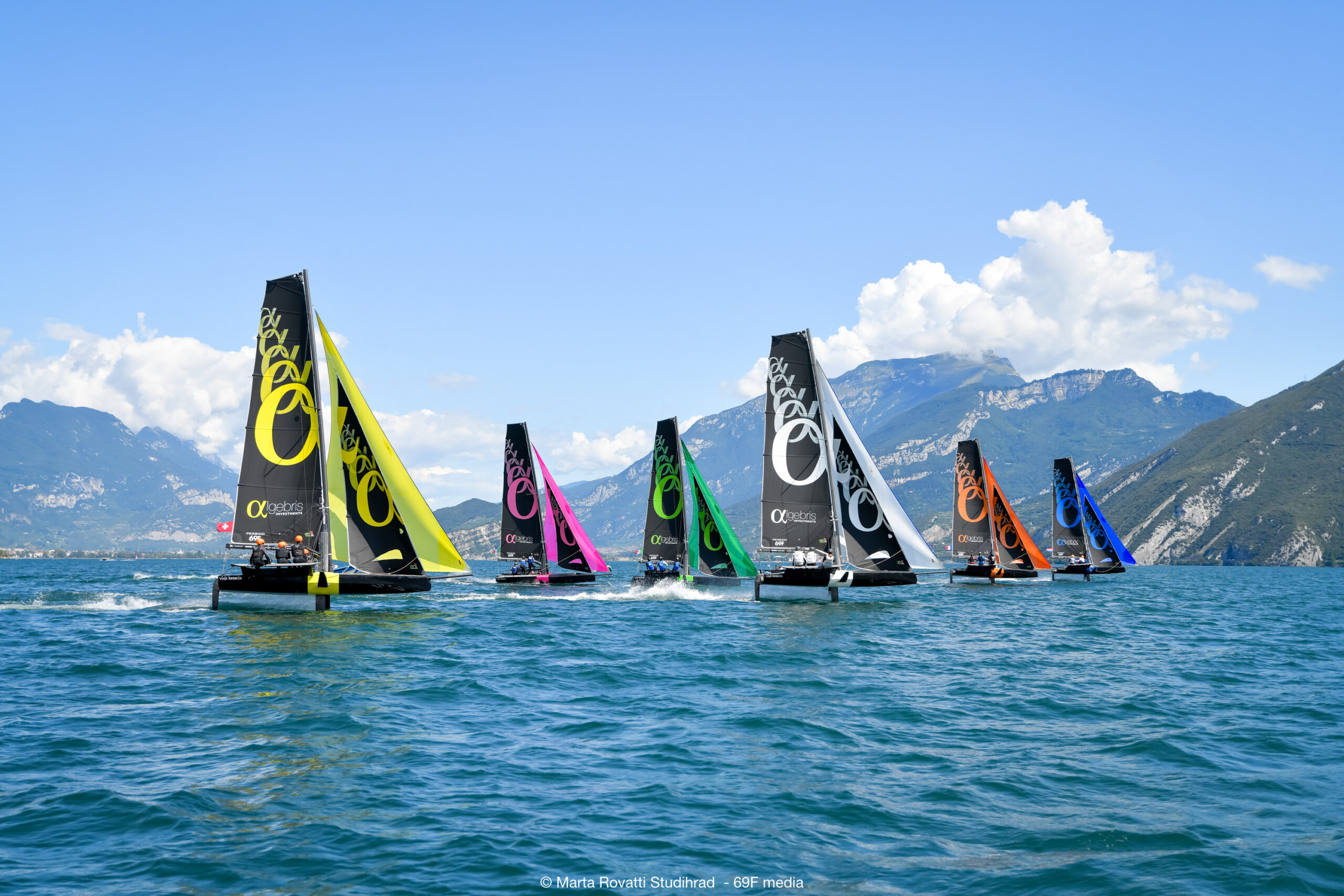 The wind reached up to 15 knots on the second day of the finals. Pic - Marta Rovatti Studihrad

On the second day of the finals at the Youth Foiling Gold Cup, the race committee ran six races in quick succession in the windiest conditions experienced so far.

Lake Garda’s famous Ora wind kicked into gear, and the 69F fleet took off. The wind reached 15 knots, but the Persico 69F’s still managed to double the wind speed with Team Dutchsail- Janssen de Jong touching 29 knots of boat speed on the way to winning all the day’s races.

The Dutch team ruled the fleet from the off, and while their one bad start saw them pass the first mark in fourth, perfectly executed manoeuvres in the strong wind left no doubt about the final result.

One day of racing remains, and the race for second place is heating up. After twelve races only half a point separates team France and Young Azzurra. However, both teams were inconsistent today; the French alternating between second place and the back end of the fleet, whereas Young Azzurra capsized twice and twice finished in last place.

Young Azzurra’s Federico Colaninno said, “We aren’t thinking about the ranking, just working to improve every day. We are focussing on arriving at the Super Final in Cagliari in the best condition possible

Following the top three, the locals from Fraglia Vela Riva struggled today in the stronger wind.

Fraglia Vela Riva’s Guido Gallinaro said, “It was the first time (we sailed) all together with so much wind. It makes a big difference. There is no space for mistakes, as every mistake counts. Today, we made too many mistakes!”

One boat that revelled in the bright sunshine and strong wind was helmed by Italian Olympic Nacra 17 Champion, Ruggero Tita. Freshly returned from taking gold in the Tokyo Olympics, Ruggero was on hand to introduce guests from Algebris Investments, title sponsor of the Youth Foiling Gold Cup, to the unparalleled thrills of foiling sailing.