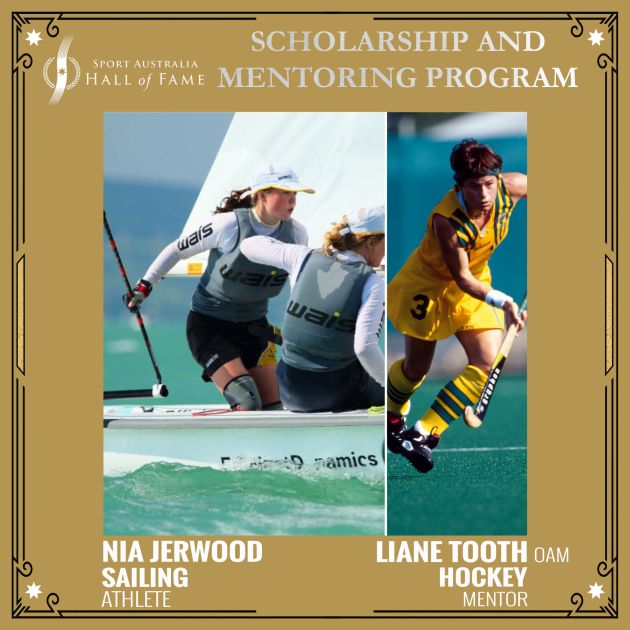 Nia Jerwood’s quest to compete at the 2020 Tokyo Olympics has been bolstered by her inclusion in the 2018 Sport Australia Hall of Fame Scholarship and Mentoring Program, announced on Wednesday.

Jerwood will have the privilege of working closely with one of the nation’s sporting greats, dual Olympic hockey Gold medalist and four-time Olympian Liane Tooth OAM, as one of five recipients of the prestigious award, which pairs promising athletes with Sport Australia Hall of Fame members.

Tooth, who was part of the victorious 1988 and 1996 hockey teams, was also one of eight Olympic flag bearers at the 2000 Sydney Games.

“I feel honoured and excited to be offered this mentoring role with Nia, who has had some terrific results recently,” Tooth said. “I’m looking forward to sharing experiences and lessons from my sporting journey and hope that I can add value to Nia’s journey and assist her to reach her goals.

“I think it’s a great opportunity for a young athlete to have someone that’s not invested in their sport to offer a different perspective. My role as a mentor will be to have regular interaction with Nia, discuss her aspirations and challenges for the future.”

Sport Australia Hall of Fame Chairman John Bertrand AO, who was a mentor to 2013 scholarship holder and Olympic silver medal-winning sailor Olivia Price, said the mentor program was designed to “give our young athletes a turbo boost into the real world of high-end performance on the world stage”.

“It is a truly money-can’t-buy experience and the success rate has been a phenomena,” Bertrand said.

Jerwood will also be awarded a $5,000 sporting expenses grant, as well as one international return economy flight thanks to major sponsor Etihad Airways.