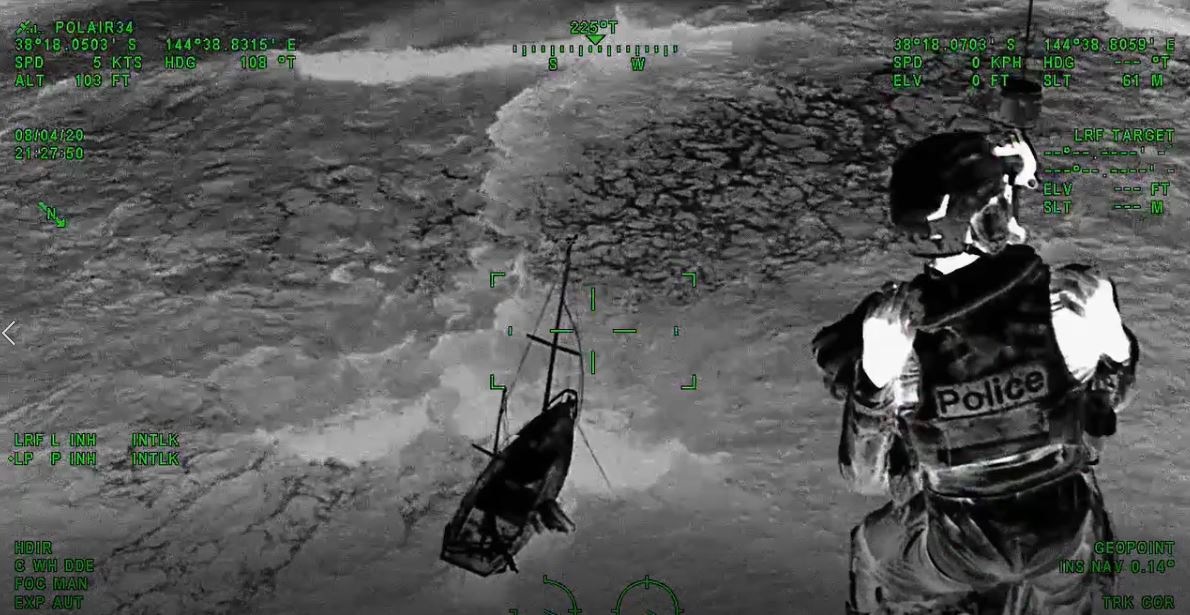 A Tasmanian yachtsman was rescued by the police Air Wing after he crashed into rocks in waters off Portsea last night.

The 67-year-old set off from Williamstown yesterday on the return voyage to his home state when he decided to turn back when some issues arose with his vessel.

While attempting to enter Port Phillip Bay, he ran aground at Corsair Rock about 7.30pm.

He put out a mayday call over the radio and Water Police lead a coordinated response along with volunteer agencies Coast Guard and Southern Peninsula Rescue.

Due to the dangerous weather conditions and shallow water, he was unable to be rescued from his stricken yacht and the police Air Wing was called in.

The yacht’s swinging mast made it unsafe for the man to be winched from the deck.

An Air Wing crewman was lowered into the water where he directed the skipper to jump into the ocean and he was winched to safety.

Police took the man to a waiting ambulance and he was taken to hospital for observation.

Water Police will assess the condition of the yacht in the morning to coordinate the recovery of the vessel.

“It’s probably not a time to sail on a yacht to Tasmania,” he said. “You shouldn’t be doing that.”