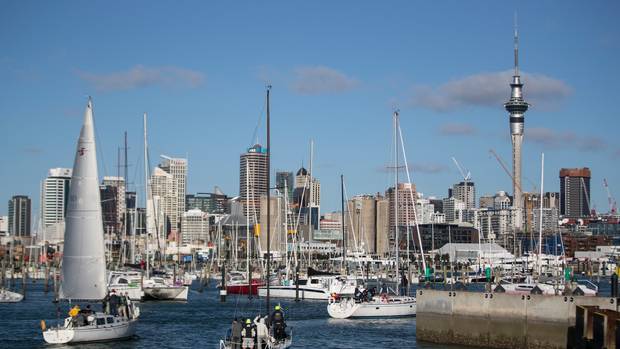 Yachting New Zealand has joined the growing opposition to a proposal to impose high anchorage fees on superyachts intending to visit for the 2021 Amercia’s Cup.

Marine Industry Association chief executive Peter Busfield has labelled the proposed fees as “scalping” and said many superyacht owners might change their mind about coming for the Cup.

Emirates Team New Zealand has also said it’s “extremely short-sighted” and hoped the plan, which would see vessels 40m or longer billed $23 per metre, per day, would be revisited. Under the plan, a 50m vessel would have to pay the council around $1200 per day to anchor in the Hauraki Gulf.

The fees would not apply to yachts which obtain berthings at marinas but the demand for marina space is expected to outstrip supply. As many as 160 superyachts 25m or longer could venture to Auckland for the America’s Cup.

“The benefit of having these boats and people coming to New Zealand is far reaching, not only for the marine industry but also for providing work opportunities,” Yachting New Zealand chief executive David Abercrombie said. “The tourism industry as a whole will benefit greatly from having a large number of people visiting New Zealand, because they won’t just visit Auckland.

“Are we going to charge them everywhere they stop? They will expect to pay a fee but it shouldn’t be excessive. If we have barriers in place, it sends the wrong message as to who we are as a country. We should be welcoming people because you don’t know what the opportunities are that will come from having these people in New Zealand.”

Auckland Tourism, Events and Economic Development (Ateed) have estimated that a visit from just one superyacht contributes more than $1m to the economy but in many cases the return can exceed $5m.

Emirates Team New Zealand said in a statement that a similar fee was imposed in Sardinia, which had a detrimental effect on the number of superyachts that visited the island.

“[It] is a very well-illustrated case that owners will simply chose to go to other destinations around the world out of principle at being unnecessarily gouged,” Team New Zealand said in the statement.

“As well as the Sardinia example, we saw at the America’s Cup’s in Valencia in 2007 and Bermuda in 2017, that attempts to gouge the superyacht owners meant they simply didn’t come. Our philosophy of a fair and inclusive event not only applies to competitors but also all supporters both locally and internationally,  regardless of who they are.”