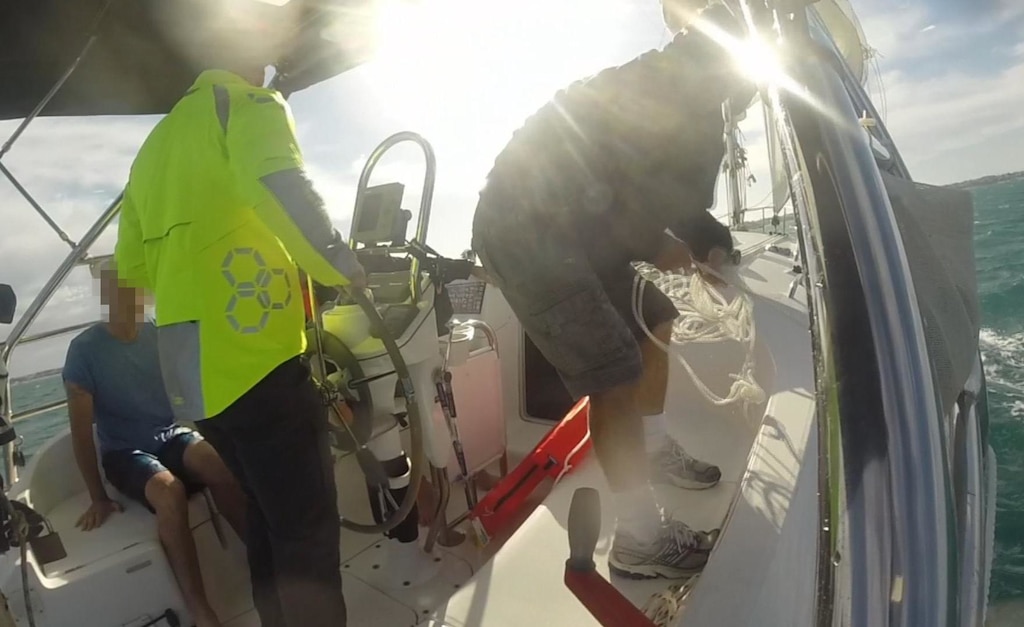 A man who spent two hours floating in choppy seas without a life jacket after falling off his boat off the coast of Scarborough was rescued by chance by a passing yacht. Photo 7 News Perth.

A Perth father spent two hours in cold rough seas after being separated from his boat off the Trigg coast on Saturday, before he was rescued by chance by a passing yacht.

One of the sailors who saved the man said it was “pure luck” they saw him as they trained in howling 25-knot winds about 1.5km off the coast.

“My mate who was on the wheel just said ‘there’s a bloke in the water’,” yacht owner Mick Macfarlane recalled. “It was pure luck we were where we were, we were about to tack and go a different course … had we tacked we wouldn’t have seen him.”

Mr Macfarlane said the man was very cold by the time they pulled him to safety about 8am.

“He had the violent shivers … he couldn’t talk to us much,” Mr Macfarlane said.

“He was a fit guy and was trying to swim to shore but he later admitted he didn’t think he would make it, he was very cold and getting cramps.”

Read the full story at 7 News