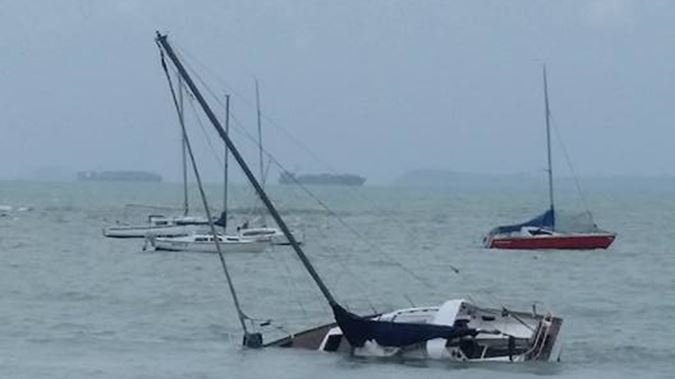 A yacht is being salvaged at Waiake Beach on Auckland's North Shore after sinking.

The owners were at a friend's house and found out about it only after seeing a post on Facebook about 7pm.

Owner Candyce Wilkin said she and her husband had had the boat only for a few months, and were planning to take family away on it over summer.

They have insurance and Mrs Wilkin said they are waiting to talk to an assessor from the insurance company to find out the value of the damage to the boat.

''We are waiting for the status from the insurance company, but at the moment we don't know much.''

The yacht is being pulled up into a truck and will be taken to an Auckland Council depot.